No one had to get a chip implanted in their brain to enjoy “Severance,” but fans of the show experienced their own version of Innies and Outies this year: The moment before they tuned in for the mind-bending Apple TV+ series, and everything that came after.

Executive producer and director Ben Stiller, who helmed the majority of Season 1, found a way to nail down the show’s complex tone and life inside the its Lumon corporation. So what’s on his mind as the show moves beyond that shocker of a finale?

The show has such a unique tone to it — there’s this commentary on workplace culture, elements of mystery and all these different parts that are weird and funny and sad.

What were your conversations like with series creator Dan Erickson about making sure all of that was represented fully?

Dan and I talked about the reality level of the show a lot, in terms of being able to believe this world that they were in. But tonally, it was all there on the page in terms of the feeling of these characters in this place and the basic idea that he had set up, which is that [the Innies] don’t really know who they are, and they don’t really question it. They know they’ve been told that they have Outies and they’ve been told that they’re working at this place and their Outies put them there. But since it’s the only existence they know, that premise was always underneath everything.

I don’t know if I would’ve told you when we started making it that the feeling that you get from watching the show now would’ve been what I thought it [was] when we started working on it. I thought it might be a little bit more comedic, a little bit more light, and it just ended up going that way. A lot of that was also in the casting and the inner lives that the actors were bringing to the characters. It just made it clear to me like, we have to really lean into that because there’s more there than you might think. And I think that changed as we made it.

Adam Scott’s casting also felt so smart because he’s associated with workplace comedies like “Parks and Rec” and “Party Down.” What made him the right person to play Mark?

When I started reading the script, he immediately popped into my head — and I think it’s for that reason, I had that image of him. I’d worked with him before and have been a fan of his, but I think that persona he brings to that kind of show and that kind of comedy, knowing that he, as any actor, has so much more to offer than what we usually see in their most popular work.

Adam has always chosen to do deeper stuff too that’s outside of what people might know him for. I knew that he had that in him, and I thought the surprise of the show would be having someone like him in that. Because you settle into that comedic rhythm and that kind of a guy, but then there’s so much other stuff the show is going to go into that you wouldn’t expect. I knew that he could do it, in my mind, better than anyone else in this role. It just felt to me he would be the guy who would understand that. And when he first read it, he had the same reaction. I knew that he got it in the same way.

Let’s talk about your camerawork choices, because a lot of it really amplified the feelings of surveillance and detachment that we get throughout.

A big question in the show was always, how much are they being watched? … What are the rules in terms of security here? And how many security people are there? And are they being watched all the time? Are they being listened to? There are obviously story points related to that, so we were constantly questioning that. And we just thought it would be good to have a very cold, objective feeling to the way that the hallways were shot down there, wider angle lenses than we used up in the Outie world — a feeling of starkness down there, and rigidity.

Because there’s a lot of scenes in the hallways, a lot of scenes in MDR, it’s just trying to figure out what are inventive ways to do this without getting too crazy. And then each scene with the actors starts to dictate how you shoot within the rules that you’ve established.

You established this environment with the audience, knowing that you’ll then get to bend it with things like the Waffle Party and the Music Dance Experience. How fun was that to play around with?

I was looking forward to that because I thought, “OK, if people are buying into the series and this world, the idea that all of a sudden, seven episodes in, the ceiling lights [going] multicolored would be a big event because little things mean so much to everybody there.” And the idea that the lights have always had that ability to turn different colors and that’s been there the whole time, but we haven’t been aware of it, I thought was a fun idea.

The great thing about the possibilities of what Dan has set up is that you could go down one hallway and open a door and there’s a whole other world there.

The finale had so many revelations and that major cliffhanger. How did you guys come to the decision to leave things where you did?

The original first season went further. That was a discussion that we had over the course of the writing period when we were formulating the season and talking about how many answers to give. And I’ve always felt there should be a certain pacing to the show that allows for these smaller events to become much bigger, because that’s always been what’s interesting about this world, for these people that are living this sort of monotonous life and then all of a sudden something will happen.

I also thought that the mystery of what they’re doing [at Lumon], Mark and Gemma, resolving all those things, should be something that takes some time. What we came to was, this could be a way to end the season where we’ve allowed them to get to the surface; Mark’s gotten to meet Ricken, and a lot of things have happened. He found his sister and then there’s this great realization. And then we end the season. We couldn’t figure out a way to go much further than that without going too far and revealing too much.

You can’t say much, but can you tell us what you’re thinking about as the story moves forward in Season 2?

I think that the biggest thing is how to maintain all those things in terms of the feeling of the show, while at the same time expanding the world since the end of the last episode. We’ve brought Mark and Irving and Helly to the surface, and I think those are storylines that people are going to be interested in. So, it’s going to be figuring out that balance. We’re writing and prepping right now to shoot in October.

OK, but will we find out more about the goats?

Dan said yes at the Comic-Con panel, so I guess I can! Yes. There’s no way the goats are there for no reason.

The post Ben Stiller Tackles the Innies and Outies of Severance, Details Adam Scotts Casting and Expanding the World for Season 2 appeared first on celebritynewsapp.com. 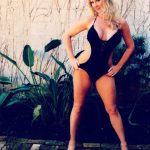 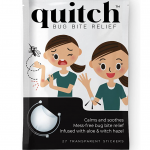