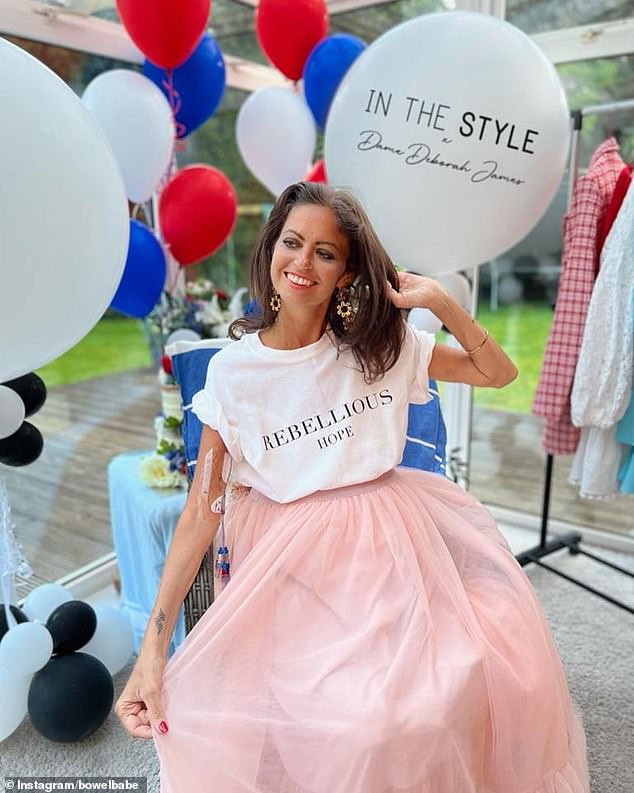 Dame Deborah James sparks record numbers of bowel cancer check-ups, with 30,000 more referrals between May and July thanks to the late ‘Bowel Babe’ campaigner

Record numbers of people are having bowel cancer checks after the death of campaigner Dame Deborah James, the NHS has said.

Since the amazing Bowel Babe campaigner, who inspired a nation with her podcast chronicling her struggles with the disease, a record 30,000 more people went for referrals between May and July in 2021.

According to the NHS, between the months of May and July, 170,500 people referred for checks for checks for suspected lower gastro-intestinal cancers, which is also nearly 80,000 higher than the same period two years ago.

Figures also showed referrals for bowel cancer hit an all-time high in the second week of July, shortly after Dame Deborah’s death, up 60% on pre-pandemic levels.

The last three months also saw almost 200,000 more visitors to the NHS website to check symptoms of the disease.

She had been raising awareness about the disease until her death on June 28 at the age of 40 after a five-year battle with bowel cancer during which time she raised over seven million pounds for charity.

Dame Deborah, also known by her social media handle Bowel Babe, had been raising awareness about the disease until her death on June 28 at the age of 40 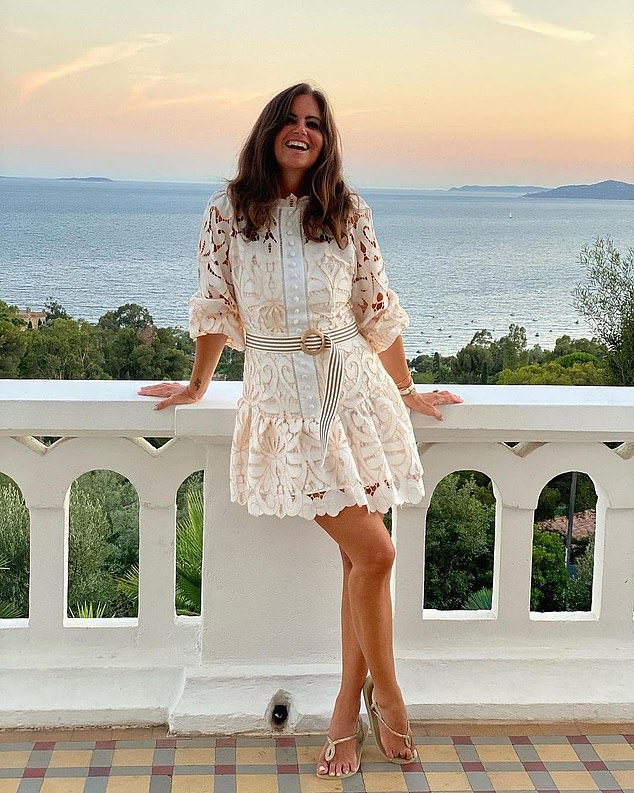 According to the NHS, between the months of May and July, 170,500 people referred for checks for suspected lower gastro-intestinal cancers

National cancer director Dame Cally Palmer said: ‘Thanks to the brave and relentless campaigning of Dame Deborah James, bowel cancer has come to the forefront of a national conversation on catching cancer as early as possible, and the fact that we have seen record numbers of people coming forward for bowel cancer checks shows people are taking the illness seriously and speaking to their GPs about it.

‘It is so important that we continue the work of Dame Deborah to raise awareness of bowel cancer and save more lives, so to anyone who has noticed symptoms, please do come forward.’

‘There was also a spike in people affected by bowel cancer posting on our forum, contacting our Ask the Nurse service and we know that people have visited their GP as a result of hearing her story.’ 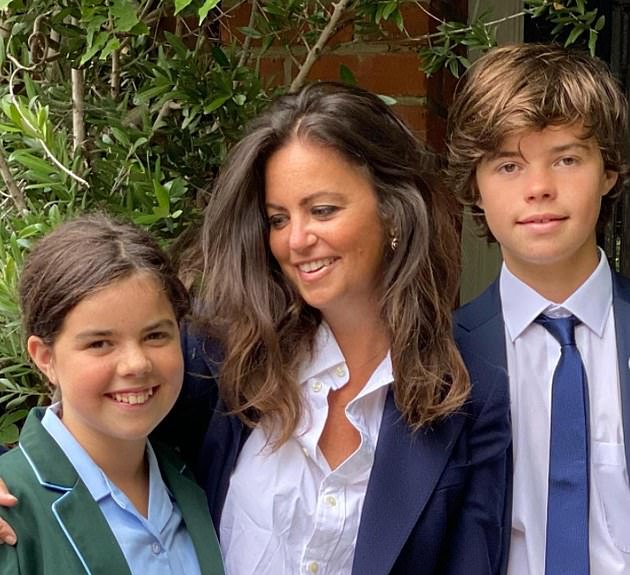 Dame Deborah James told her children telling them to ‘take a chance and back yourself’ and asked them to experience life now instead of waiting until they were older, in a final piece of advice written in the upcoming book How To Live When You Could Be Dead

In early May, Dame Deborah revealed she had stopped active treatment and was receiving end-of-life care at her parents’ home in Woking, Surrey, with her husband and their two children on hand.

The podcaster was diagnosed in 2016 and kept her one million Instagram followers up to date with her treatments.

Her candid posts about her progress and diagnosis, including videos of her dancing her way through treatment, won praise from the public and media alike.

Alongside Lauren Mahon and Rachael Bland, she launched the You, Me And The Big C podcast in 2018.

In the months leading up to her death, Deborah had Prince William over for tea, who made her a Dame.

Living life on her own terms despite her illness, she designed Charity T-shirts a clothing line to raise millions more for her ‘Bowelbabe’ fund.

Her husband Sebastien Bowen (pictured in 2019) has spoken about the difficulties of the last few months he spent with the former deputy headteacher, whom he married in France in 2008

The Dame also wrote and published her second book How to Live When You Should Be Dead, while suffering from cancer, detailing how developing a positive mindset was key to enabling her to cope with her diagnosis.

She told her children to ‘take chances and experience life now’ and to marry for love in a heartbreaking final letter.

‘Take a chance and back yourself. Remember to be your number one cheerleader,’ she told them in a passage from her book seen by The Sun, set to be released on August 18.

‘Don’t leave the world and all it has to offer until retirement — experience it now.’

She was made a dame, with Prime Minister Boris Johnson saying: ‘If ever an honour was richly deserved, this is it.’ 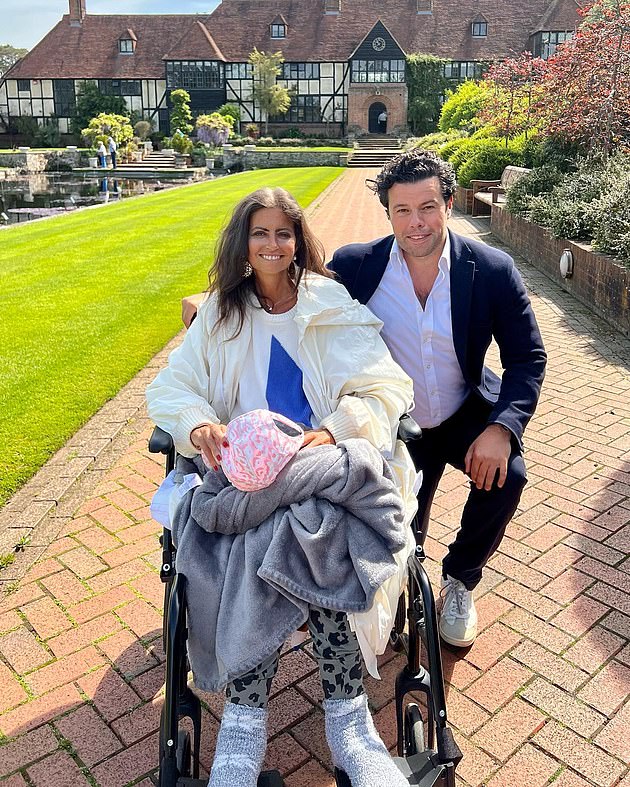 Deborah knew she would marry her husband after their third date, she said, telling her children she fancied Sebastien from the day they first met

Dame Deborah later said she felt ‘honoured and shocked’ to be considered for the honour. 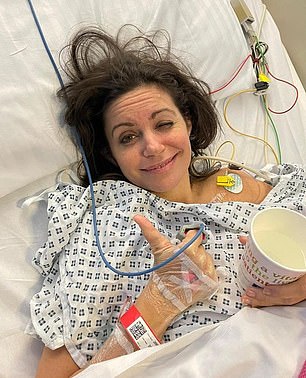 Deborah is pictured in hospital during her final hours where smiles and holds her thumb up in a final farewell from hospital, maintaining her positive spirit until the end

Her husband Sebastien Bowen has spoken about the difficulties of the last few months he spent with the former deputy headteacher, whom he married in France in 2008.

Mr Bowen told the Times: ‘She was making the most of every last moment. But that was her. That is how I will always remember Deborah – the ability in the worst of times to embrace life.

‘More than anyone I know she loved life, even more so when it became so short and each minute counted.’

He went on: ‘She was so weak she couldn’t do much on her own, which she found frustrating as she was naturally fiercely independent.

‘She was paralysed at the end from her waist down and had to deal with the psychological battle of the reality of her new handicap. She couldn’t even go to the kitchen to get food or clean or dress herself.

‘I’m not going to pretend it was easy. It was a new experience for all of us and we had to find our feet, but it also brought us closer to her and to each other.’ 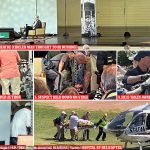 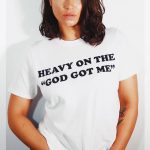