When I was offered the opportunity to direct the “Only Murders in the Building” episode “The Boy From 6B,” which focuses on the story of a deaf character, I knew instantly that I had to do it. It was precisely the kind of story that excites me, a story told from a point of view we rarely get to see, portraying a character from a community that’s underrepresented and misrepresented. I’ve built my career upon telling stories about marginalized communities, and by doing so, I’ve attempted to push us all out of the margins and into the center. Why? Because I know all too well the pain of misrepresentation.

During the first Gulf War, my Palestinian Jordanian immigrant family was so egregiously discriminated against in small-town Ohio that not only did we receive death threats on a daily basis, but the Secret Service came to my high school to investigate a rumor that my 17-year-old sister had threatened to kill the president. At the tender age of 14, I was forced to ask myself why our friends and neighbors would so suddenly and swiftly turn on us. What on Earth made them think that we were somehow a threat? That’s when I discovered the power of film and television.

I began to study the ways in which we Arabs were dangerously misrepresented, portrayed as villains, terrorists and jihadists — and that’s if we were represented at all. There was a complete dearth of any remotely authentic portrayal. I vowed to change that. My intimate, formative experience of the consequences of careless and harmful portrayals of communities like my own drove me to pursue a film and television career based upon the need for authentic representation. Not only of my community, but of all marginalized communities.

Straight out of film school, I cut my teeth as a writer and producer on three seasons of Showtime’s landmark series “The L Word,” the first-ever show to center LGBTQ+ characters, especially women. From there, I made my first feature “Amreeka,” a drama-comedy which centered a Palestinian American immigrant family. It was the first Arab American film to get major theatrical distribution, and the most-screened Arab-directed film in U.S. cinema history. With my second feature, “May in the Summer,” I attempted to go even more mainstream, with a romantic comedy that transported audiences to Jordan and shattered stereotypes about Arab and Arab American women. When I finally worked my way back into television, this time as a director, I sought opportunities like “Ramy,” even turning down an offer to write, direct and co-executive produce on “Homeland” (pissing some people off in the process) in order to be part of a show that was historic for my community and obviously far more authentic in its portrayal of Arabs. (For those who might not know, “Homeland” was controversial for perpetuating damaging, racist SWANA — Southwest Asian and North African — stereotypes.) Whether its BIPOC or LGBTQ+, the common thread throughout my work, is that I seek stories that center so-called marginalized communities. Because the successful representation of one group is a win for us all.

It was with this personal mission that I jumped at the chance to direct “The Boy From 6B.” And from the start, I knew I had a great responsibility to get it right.  The showrunner and writers already created a complex deaf character. Now I needed to authentically bring him to life in the only episode of the season to heavily feature him. To do that, I leaned on the deaf community by bringing actor James Caverly (who plays Theo) into the process very early on and letting him be my guide. Throughout it all, I learned a great deal. He pointed me to shows like Sundance TV’s “This Close,” a dramedy series written by and starring deaf creators, and a great PBS documentary called “Through Deaf Eyes.” We talked about the character’s worldview, the limitations of lip reading (it’s anything but easy), and the importance of making the episode as much for the deaf community as for the hearing. What we loved about the script was that Theo’s deafness wasn’t played as a weakness or disadvantage. On the contrary, in the context of this murder mystery, it gives him the upper hand. We get to see how observant he is, and how much more detail he notices. We leaned into that visually by shooting his point-of-view subjectively, literally putting the audience in his shoes. And it paid off — because authentic representation always pays off.

For those of us on the margins, storytelling is a necessity, a matter of survival, a way to be seen, heard and acknowledged in a world that would prefer to pretend we didn’t exist. A world that either doesn’t see us at all or labels us victim, perpetrator or threat, affecting even how we feel about ourselves. For us, authentic representation isn’t a choice, it’s an imperative, a matter of life and death. Because harmful narratives that perpetuate lazy and dangerous stereotypes lead to bias, discrimination, racism, and let’s face it, violence. And seeing yourself in popular culture sends a message telling you that you matter and you’re valuable.

The critical acclaim and universal love for “The Boy From 6B” proves that audiences are ready for marginalized characters and communities to take center stage. And for whatever has placed us on the margins — whether a disability, racial, cultural or religious difference — to become our superpower.

As creators and makers, we have great societal responsibility. We can either make content that perpetuates the increasingly violent world we live in, or we can create a world that reflects the one we hope to live in. I choose the latter, and will continue to look for ways to uplift those of us who’ve been cast aside, until one day, perhaps, we’ll all be considered equally valuable members of the human race.

Cherien Dabis is a critically acclaimed and award winning Palestinian American film and television director, writer, and actor dedicated to telling complex authentic stories about under and misrepresented communities.

The post For Cherien Dabis, the Emmy-Nominated Palestinian American Director of Only Murders in the Building, Storytelling Is a Matter of Survival appeared first on Celebrity. 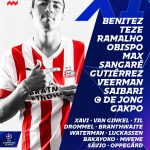 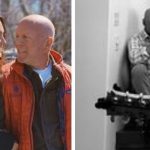