Grace and Frankie is beloved by fans mostly for its brilliant cast made up of esteemed actors. One of those stars is Sam Waterston, known and adored for playing Sol Bergstein, who has enjoyed success in the film, television and theatre industry for over 55 years.

But audiences might be surprised to learn that the 80-year-old’s daughter, Katherine Waterson, is pretty famous herself – and film fans will definitely recognise her.

Like her father, Katherine, 41, first made her mark on the acting world in theatre. But soon after she moved into performing for film and TV. The actress’ film credits include The Letter, Steve Jobs and, more recently, Fantastic Beasts and Where to Find Them and its 2018 sequel, The Crimes of Grindelwald as Porpentina ‘Tina’ Goldstein.

Katherine’s older sister, Elisabeth, is also an actress and they share a brother, Graham. Their half-brother is Sam’s son, James, who he welcomed with his first wife, Barbara Rutledge-Johns. James also went on to develop an acting career and appeared in the 1988 film Dead Poets Society and shows such as Law & Order and The Good Wife.

MORE: 5 shows to watch if you love Grace and Frankie

Meanwhile, Grace and Frankie fans a thrilled to see their father, Sam, reprise his role as Sol, the ex-husband to Frankie Bergstein played by Lily Tomlin. Although series seven dropped last year, it was a bittersweet moment for fans as the long-running Netflix comedy was only able to put out four episodes, due to filming issues as a result of the coronavirus pandemic.

MORE: Why is Grace and Frankie ending after season seven?

Lily interjected: “That’s the second thing. We’ve got to tell them the first thing,” adding: “The first four episodes of season seven are out now. But don’t worry there’s plenty more to come. We just wanted to give you something special until we finish the rest of the season.”

The post Grace and Frankies Sam Waterston has a famous daughter – and youll definitely recognise her appeared first on Celebrity. 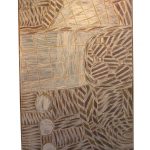 ‘Hooked for decades’: The works at the top of an art critic’s shopping list
Next Article 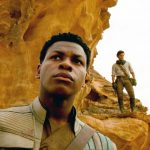