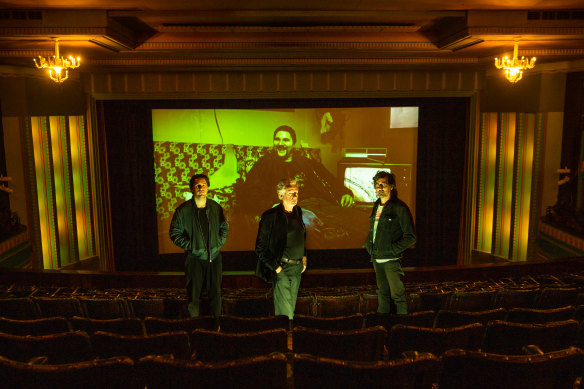 Five days before they’re due onstage to play an entirely new live score for Chopper as part of the Melbourne International Film Festival, Gareth Liddiard and Mick Harvey admit they haven’t yet written, played or even planned a single note.

In fact, this get-together at the Astor Theatre, where the Hear My Eyes shows will take place on Wednesday and Thursday, is the first time they’ve even discussed what’s in store.

Haydn Green, Mick Harvey and Gareth Liddiard, with Eric Bana as Chopper Read looming in the background, at the Astor.Credit:Justin McManus

“I think we’ll make a basic plan,” says Harvey, former member of The Birthday Party and The Bad Seeds, and composer of the original score for Andrew Dominik’s critically acclaimed biopic of career criminal Mark Brandon Read. “We’ll know that we play in these parts of the movie, that we don’t play in those parts. We’ll have a basic layout.”

Harvey’s original approach was minimalist, with only around 20 minutes of score, much of it atmospheric noise rather than music per se. Rewatching the film without the score recently allowed him “to see where things could be if you started from scratch”.

The one thing he is prepared to predict at this stage is “we’ll play a lot more music. I hope Andrew’s OK with that.”

“You don’t want to play from go to woah, obviously,” says Liddiard, frontman of on-hiatus rock band The Drones and one-fourth of Tropical F— Storm (aka TFS). “But if you’re watching the film and there’s a live band, there’s wiggle room to play a bit more than you otherwise would [on a recorded score].” 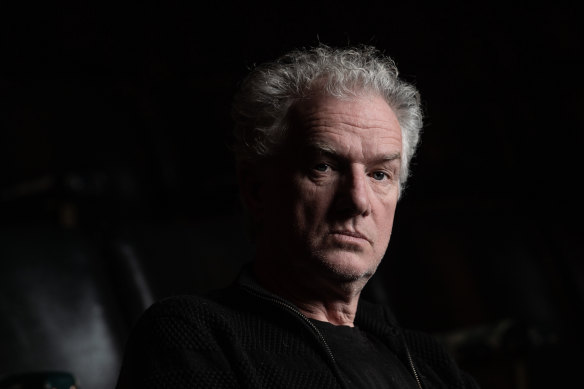 The pair will be joined for the live performances by Dirty Three drummer Jim White and pianist Chris Abrahams of improvisational trio The Necks (Liddiard, White and Abrahams also perform and record together as Springtime). Perhaps part of the reason they’re so relaxed about what lies ahead is that these last two are such renowned improvisers, and Abrahams in particular will have no trouble filling the void with his off-the-cuff stylings.

“The way Chris plays, the rest of us can just stop and let him go,” jokes Liddiard, who also has the advantage of having performed a live score with TFS for the Coen Brothers’ No Country for Old Men in 2019.

One thing he learnt from that experience, he says, “is you’re going to need to go and take a piss. It’s two hours, you’ve probably had a couple of beers before going on. You have to pick your moment.”

Haydn Green has been running Hear My Eyes events since 2015. He’s done 17 of them before this, including six as part of MIFF, and says there are “lots of logistical constraints” in deciding which films to re-score. Things to look for: visually striking material, a digital print with a bespoke score-free mix available. Things to avoid: old films where separating the soundtrack is tricky, lots of dialogue. 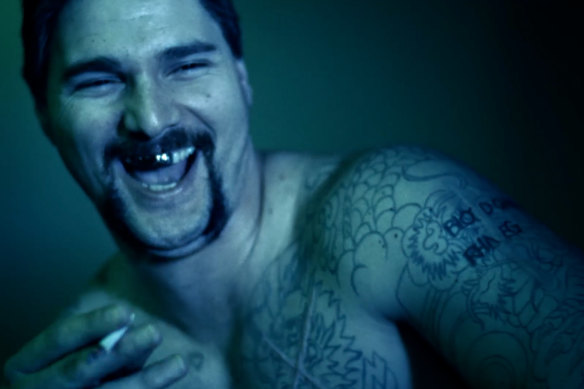 Eric Bana as Mark “Chopper” Read, the role that launched the former comedian as a serious actor.

The biggest obstacle, though, is the protective instincts of the people who made the films in the first place. “I’m running at a ratio of about 10 knock-backs to every yes,” says Green.

It helps if he can speak to the director in person, he says, “to explain I have complete respect for the film and the original score. It’s not about trying to better it, it’s just about trying to do something different, trying to create a live performance.”

Despite the hometown connection, Chopper was no different. According to Harvey, Dominik was “pretty wary at the start. ‘Where’s my say in how it is?’ was probably the immediate feeling.”

The guitarist says he was drafted in originally to represent the old guard, “but Andrew’s got so on board with it now I’ll probably just be a spare wheel on the night”.

“Also you’re in town,” adds Liddiard. “It would have been weird for us to do it when you’re just down the road.”

“I’d have been going, ‘Hey, wait a minute’,” agrees Harvey. “That would have been weird.”

Hear My Eyes: Chopper x Springtime & Mick Harvey is at the Astor Theatre on Wednesday at 6.15pm and 9pm and Thursday at 6.15pm. Wednesday’s sessions include a Q&A with director Andrew Dominik. Details: miff.com.au

Find out the next TV, streaming series and movies to add to your must-sees. Get The Watchlist delivered every Thursday.

The post Hold onto your ears: Chopper is back, with the help of indie-rock royalty appeared first on celebritynewsapp.com. 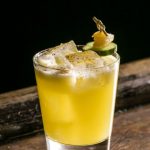 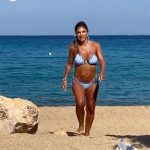