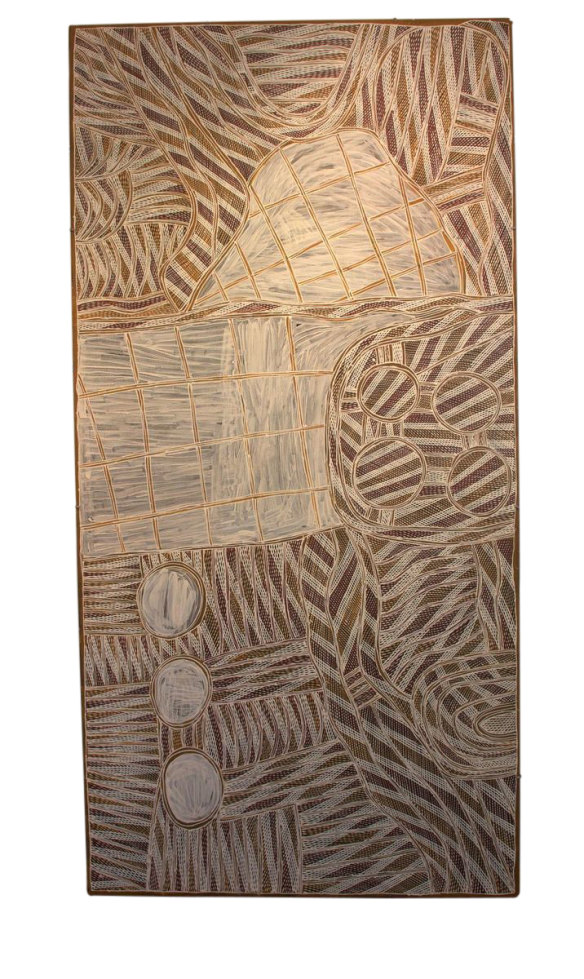 One wonders if audiences are finally coming to terms with bark painting. It’s simultaneously one of the oldest living art forms and one of the newest. The roots of the medium stretch back into prehistory, not only pre-dating western forms of painting, but the invention of paper, and even the papyrus used by the ancient Egyptians. However, the oldest examples we possess are a handful of small barks collected at Port Essington in the 1870s, roughly contemporaneous with the French Impressionists.

In his catalogue essay for the exhibition, Heart of Country at the S.H. Ervin Gallery, Ace Bourke laments that some older barks were destroyed in the Sydney Garden Palace fire of 1882, but these wouldn’t have been much older. The reason we don’t have any of the “ancient barks”, is that until recently bark painting was a purely ephemeral activity not even recognised as “art” per se. Paintings were made for ceremonial purposes, then discarded, as the nomadic lifestyle was not conducive to carrying around souvenirs.

The youthful aspect of bark painting begins in the early 1960s, with artists such as Yirawala, whose inventiveness earned him the slightly absurd sobriquet, “the Picasso of Arnhem Land”. By the late 1970s and on into the ’80s, artists including Bardayal “Lofty” Nadjamerrek, Mick Kubarkku and George Milpurrurru were painting on a grander scale for the new, burgeoning market in Aboriginal art. The expansion continued through the 1990s and 2000s, with John Mawurndjul and others creating some of the largest, most beautiful bark paintings of all time.

Large-scale paintings, with such an elaborate degree of finish, were entirely new, even though the stories and motifs might belong to time immemorial. This movement, if it may be considered as such, was just beginning as the adventure of western modernism was burning itself out in the brief, arid ascendancy of Conceptual art.

Ironically, to anyone who has studied bark painting, it’s obvious that this is one of the most conceptual art forms ever invented. Many of these works are laden with secret-sacred knowledge, decodable only by initiates. They are simultaneously landscapes, statements of identity and genealogy, documents relating to law and religion. Most artists have stayed strictly within the boundaries of what they are “authorised” to paint, namely particular places or motifs associated with their clan affiliations. Of late, especially among Yolngu artists such as Nongirrna Marawili and the late Nyapanyapa Yunupingu, paintings have adopted more general themes such as stars, flowers, lightning, and rocks – motifs that remain part of the artists’ life experience while not being subject to the usual taboos.

It’s a further irony that we owe our exposure to such deeply traditional, spiritual paintings, to the amoral mechanism of the marketplace. Without the incentive of sales, it’s unlikely that bark paintings would ever have reached the dimensions they have attained today. If it has taken the medium a lot longer to find acceptance than say, western desert paintings on canvas, this is because collectors have worried about the fragility of these works and how they should be displayed.

Today, with more reliable systems for the conservation and hanging of bark paintings, that anxiety should be a thing of the past, but still collectors hesitate. That hesitation, which has kept prices within reasonable bounds, has created an opportunity for enterprising buyers such as Andrew Dyer and Donna-Marie Kelly who have been able to assemble a breathtaking collection of barks, including significant pieces by Yirawala and others from the 1960s, up to the most recent masterworks coming out of Yirrkala.

Dyer and Kelly didn’t have to be billionaires, they only needed to be passionate and persistent, while more affluent collectors kept their distance. I was staggered by the breadth and quality of this selection which follows an initial showing at the Drill Hall Gallery in Canberra, from April to June this year. That first exhibition combined works from the collection with barks from the holdings of the Australian National University. For the Sydney exhibition, many of the ANU works have been replaced with further pieces owned by Dyer and Kelly.

Heart of Country allows a rare opportunity to sample the historical evolution of bark painting, starting with works such as Two Male Namarnde Spirits (c.1966), by Billy Lanyirrda, a little picture featuring two white silhouettes with headdresses, sharp features and bulging phalluses. As a work of art it’s crude in every sense, but incredibly powerful.

At the other end of the spectrum lies the complex, interlocking patterns of Mavis Malaluba Gumana’s Dhatam (2019), or the equally mesmeric rhythms of Djambawa Marawili’s Baraltja (not dated). Without Djambawa the show would be missing one of the key figures in bark painting, both as an innovative artist, and a mentor. In his capacity as a senior lawman among the Yolngu, Djambawa has “authorised” all the bold, experimental-but-traditional works that have emerged from Yirrkala over the past decade – and it’s a long list. 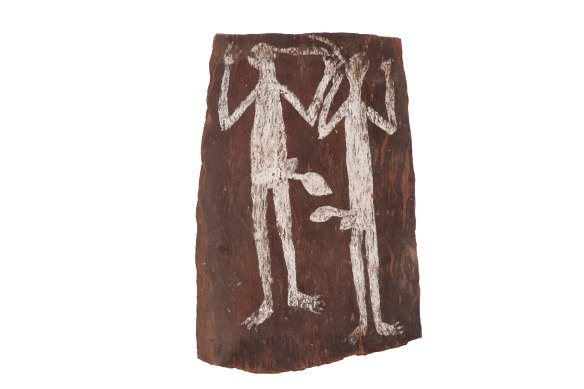 I’ve been hooked on bark painting for decades, so it’s a real pleasure to see distinctive works by artists including Yirawala, Wally Mandarrk, Mick Kubarkku, George Milpurrurru and David Malangi, who would be at the top of my shopping list were I a wealthy collector rather than a poor scribe.

There are so many great paintings in this show that I’m reluctant to single one out, but the picture that has stayed lodged in my mind is Matarawatj II (2018) by the late Mulkun Wirrpanda, which is not only the largest work I’ve ever seen by this artist, but totally different in conception to the paintings based on local shellfish for which she is known. In the catalogue, Will Stubbs, who has lived with the Yolngu for more than 20 years, talks about the Matarawatj as a sacred site – a flood plain where people gathered before more established settlements came along.

Mulkun was old enough to remember the traditional lifestyle of this area, and her memories have been preserved in this elaborate painting with its flowing water and campsites. It’s not simply an old woman’s reminiscence of her childhood, it’s a tangible link to a long history, and a place of mythical power. The personality of the artist is subsumed within the group, and the group is at one with the place. To the Yolngu there is no polite distance between the observing eye and the landscape. Self only makes sense as part of country.

Heart of Country is at the S.H. Ervin Gallery until September 11.

To read more from Spectrum, visit our page here.

The post ‘Hooked for decades’: The works at the top of an art critic’s shopping list appeared first on Hot Celebrity reviews. 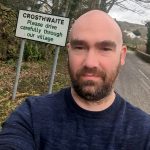