The desperate final moments of Perth girl Aishwarya Aswath’s young life have been recounted by her parents during the first day of a coronial inquest into her sudden death.

The seven-year-old died on April 3, 2021, from sepsis caused by a strep infection after waiting hours for assistance inside the Perth Children’s Hospital emergency department.

Aishwarya Aswath’s parents Prasitha Sasidharan and Aswath Chavittupara have given evidence at the coronial inquest into their daughter’s death at Perth Children’s Hospital.

During the opening day of the inquest, which is examining how staff missed the warning signs Aishwarya was seriously ill, and why her parents repeated requests for assistance were ignored, Aishwarya’s mother Prasitha Sasidharan recalled the day she and her husband, Aswath Chavittupara, took their daughter to the hospital.

The trio arrived at the emergency department at 5.30pm and were greeted by a sign saying there was a four to six hour wait for treatment.

A triage nurse then assigned them a code 4 (1 being the most serious, 5 the least), which recommended Aishwarya be seen within an hour.

Aishwarya was seen briefly by a junior doctor who was not aware of why she had presented to the hospital, and wrongly believed it was for an eye issue, which he dismissed as not urgent.

A registered nurse then took the girl’s vitals, and noted she had a fever and high heart rate, but the results did not trigger alarm in the nurse, despite a temperature of 38.8 degrees warranting a sepsis assessment be considered.

The nurse gave handover notes to another who was instructed to give Aishwarya ibuprofen and fluids, however when the second nurse arrived to administer the medication, Aishwarya could barely talk or keep her head up.

She called the doctor immediately and Aishwarya’s care was elevated, however she went into cardiac arrest and doctors were unable to restart her heart.

Sasidharan recalled how she felt no one in the emergency department was taking her concerns seriously up until the moment Aishwarya was stretchered away.

“I was pacing and tense … we were very scared and we knew that this was not right,” she said.

Chavittupara reassured his wife their daughter was “in safe hands”, and they were past the worst of it, once doctors began properly treating her.

However, Aishwarya suddenly vomited and went into cardiac arrest. Her parents were ushered out of the room as medical staff tried desperately to save her life.

A doctor then broke the news to her parents: their daughter had died.

“After some time he came back and said he couldn’t save her, we went back into the room and begged,” Sasidharan said.

The death has sparked two reviews of the hospital’s processes and a coronial inquest.

“Despite many requests by her parents for help, none of the hospital staff realised how seriously ill she was until just before her death,” she said.

“Group A streptococcal infections are common in children, and can cause well-known conditions such as strep throat, scarlet fever, and school sores.

“However, in some rare instances, it can also cause severe illness, such as rapidly progressing sepsis, which sadly occurred in Aishwarya’s case.”

The inquest will also hear evidence from the doctors and nurses involved in the girl’s care on the day she died, including a nurse Aishwarya’s parents described as “the rudest nurse they’ve come across”.

Former Perth Children’s Hospital chief executive Aresh Anwar was the first to give evidence during the inquest and said the hospital was heartbroken by Aishwarya’s death.

“There isn’t a moment … even sometimes in the middle of the night, where I don’t think about the events are being recounted today and what we could have done differently,” he said.

“I don’t think I am the only one who feels that way.

“I genuinely believe that what has happened will have a long-lasting impact on the way we work with children and families, there is more to be done.” 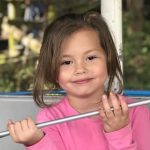 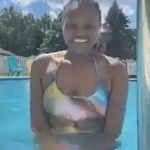