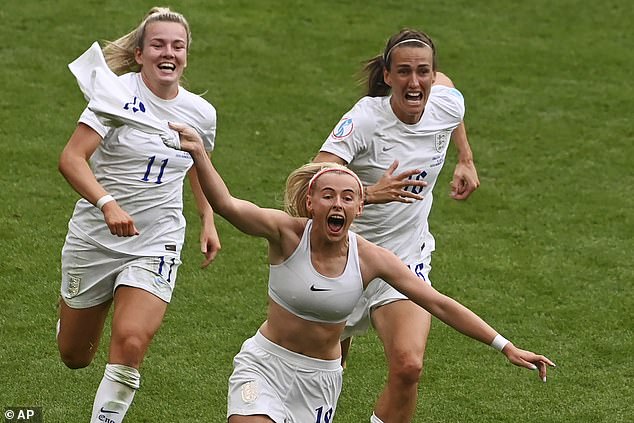 Chloe Kelly would have found it hard to avoid football growing up. The youngest of seven children embraced the sport from the moment she followed her five brothers to a caged gravel pitch on the Windmill Park Estate.

Kelly was football-mad. As a youngster she even took the 92 bus from Ealing to go to Wembley on FA Cup Final day. Was she there to watch the match? No. She was there to collect a programme.

That yearly pilgrimage helped form the Lioness with the location taking on a whole new meaning today: as she scored the goal at Wembley against Germany to bring England its first piece of footballing silverware since 1966.

‘I don’t think there are many who came up playing in a cage,’ says the 24-year-old. ‘I was always around the cage with the boys as soon as I was allowed, about the age of seven. My brothers included me even though they were older and playing with their friends.

Chloe Kelly, centre, celebrates with Lauren Hemp, left, and Jill Scott after scoring the winner in the Euro 2022 final for England 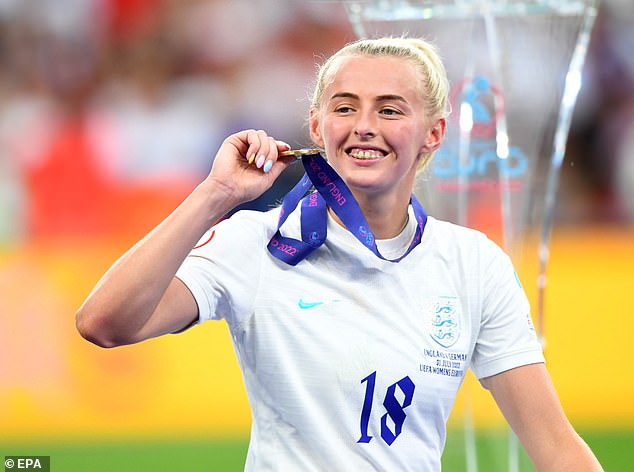 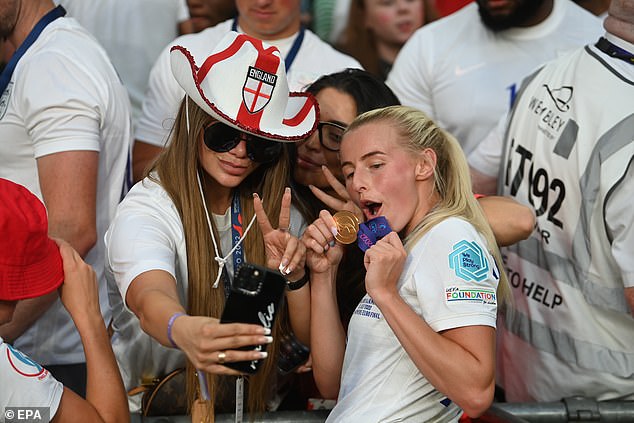 ‘The whole summer we would get out in the cage early mornings, go back for some food and be straight back there. A few years later, someone melted a bin in the middle. It wasn’t the best, but we had to make do with what we had!

‘Playing cage football really made me the player I am. It added a bit more creativity to my game and the physicality as well.’

Were the brothers protective? ‘Definitely not. They were probably the ones telling everyone to hit me harder. Get used to it. If I was on the floor, they would tell me to get up.

‘They never really felt sorry for me if I was getting knocked about. I think that was the way to go. If they made it easy, you would always think everything is going to come easy in life and that’s not the case. That’s how I’ve got so far today.

‘I was one of them. Looking back, I really appreciate that but less so at the time. I was a bit gutted going home and crying to my mum sometimes.’ 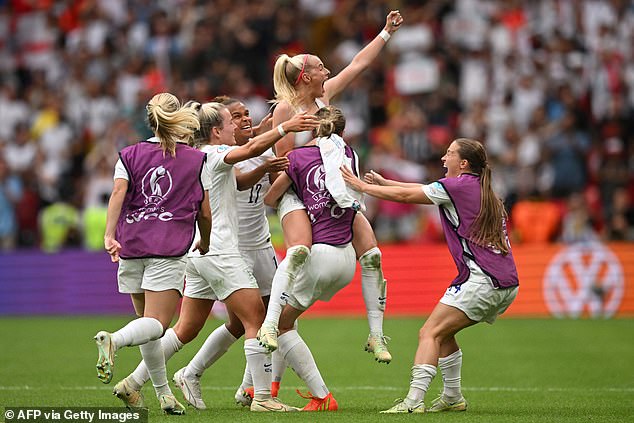 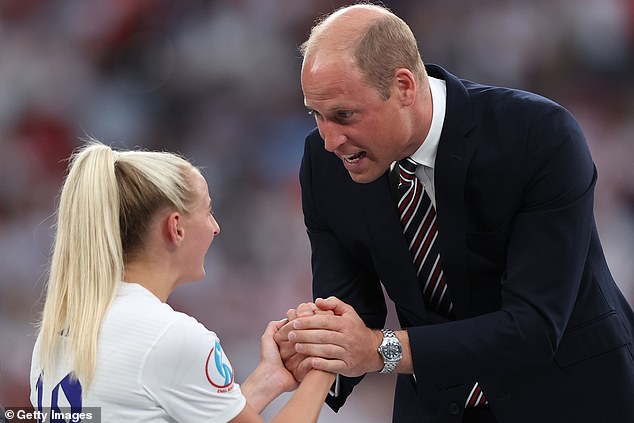 Kelly watches elder brother Jack and triplets Ryan, Jamie and Martin play local league football when she is back in west London.

‘Jack still says now that he’s better than me,’ says Kelly who has another brother, Daniel, and sister, Paris. ‘He says, “I’ve taught you everything you know, but not everything I know”. They don’t let me get too carried away. They always keep me grounded and that’s a great thing.’

After being scouted by QPR at a schools tournament – ‘it was my first real game because I was used to playing in the cages’ – Kelly turned professional with Arsenal. She took the bold decision to move to Everton, initially on loan, in 2016 even though it led to homesickness and regular calls to her mum Jane and dad Noel. 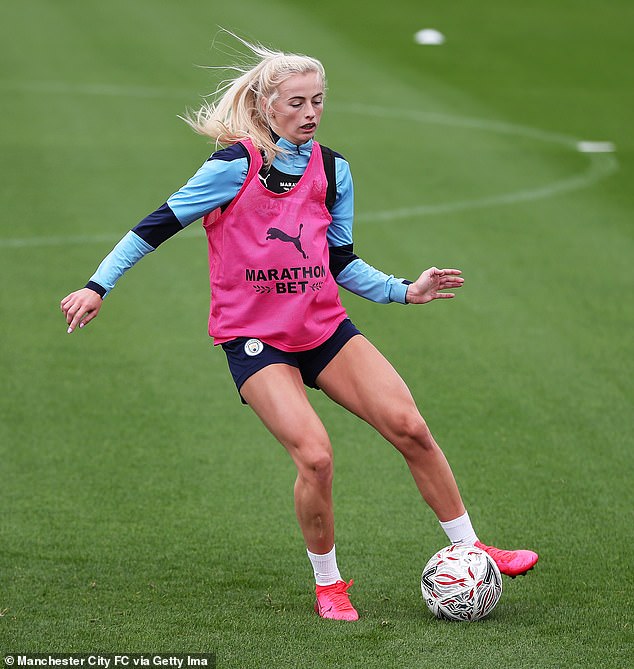 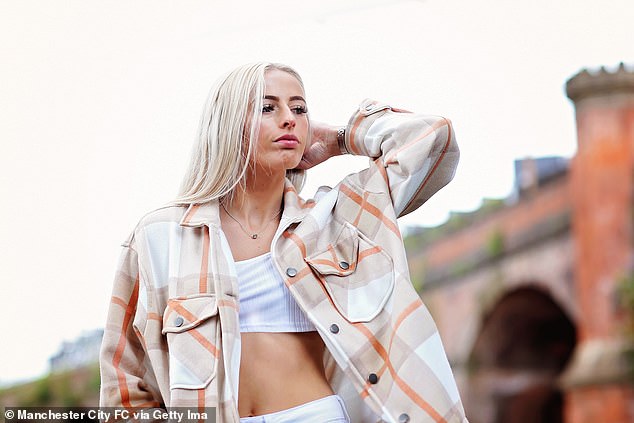 ‘If I hadn’t gone to Everton, I don’t know if I would be in the position I’m in now at City and pushing on in my career,’ she says. ‘I could have been satisfied with sitting on the bench at a top club but I needed minutes under my belt. I needed to show what I was capable of on the pitch, not just the training pitch. I don’t think a lot of people would make that leap of moving to a city I’d never been to before at such a young age.

‘It was very daunting. Because I was such a family girl, I got homesick and every opportunity I got I would be back, but I knew it was the best for my career.’

Kelly was fourth in the Women’s Super League scoring charts with nine goals for Everton when the season was ended. City, who were top at the time but saw Chelsea crowned champions on a points-per-game basis, signed Kelly in July 2020 and she scored an impressive 10 goals and made 11 assists in her first season in Manchester.

‘Once I found out City were interested in me it was a case of, “OK, when can we get it done?”. I can’t wait to get going,’ says Kelly. ‘There are a lot of England internationals here and that was massive for me. If I get another call-up, it’s easier going into that environment by playing with those players day in, day out.

‘I looked at playing with the likes of Steph Houghton and Jill Scott, learning, adding to my game. I’m ambitious and I want to be the best version of myself.’ 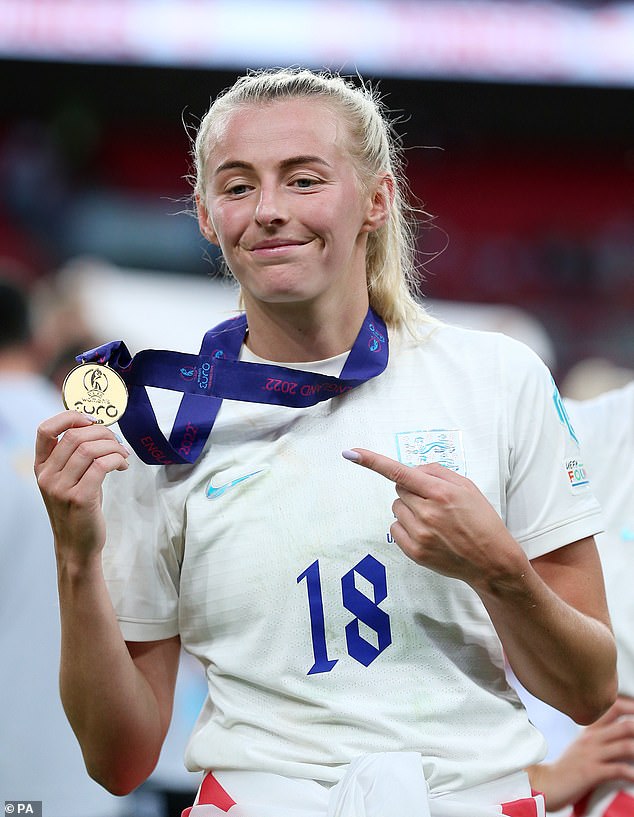 She only made one appearance in the WSL last season after suffering a heartbreaking ACL injury which jeopardised her ability to compete in this summer’s Euros.

But she roared back and made Sarina Wiegman’s squad for the home tournament.

It was the latest rally back from injury that Kelly had to endure. She made her England debut in November 2018 as a substitute against Austria in a friendly but suffered an ankle injury that required surgery the following February.

It kept her out for six months and out of contention for a place at the 2019 World Cup, where new team-mate Ellen White scored six goals as England reached the semi-finals.

But the demons of missing out on that run have been banished by her heroics in the Euros final today, following up on a spilled ball in the 20th minute of extra time to send England into dreamland.

The post How Chloe Kelly went from football on caged pitch to England legend appeared first on celebritynewsapp.com. 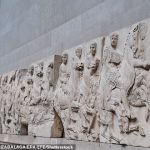 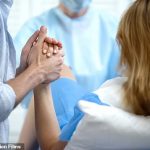