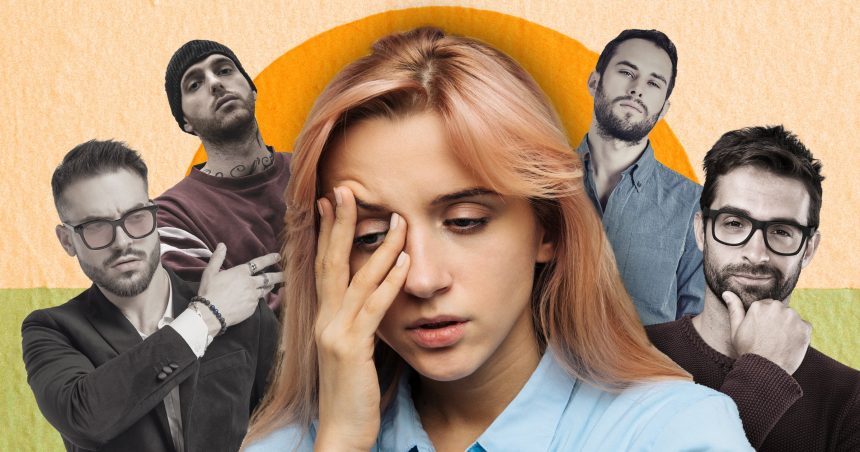 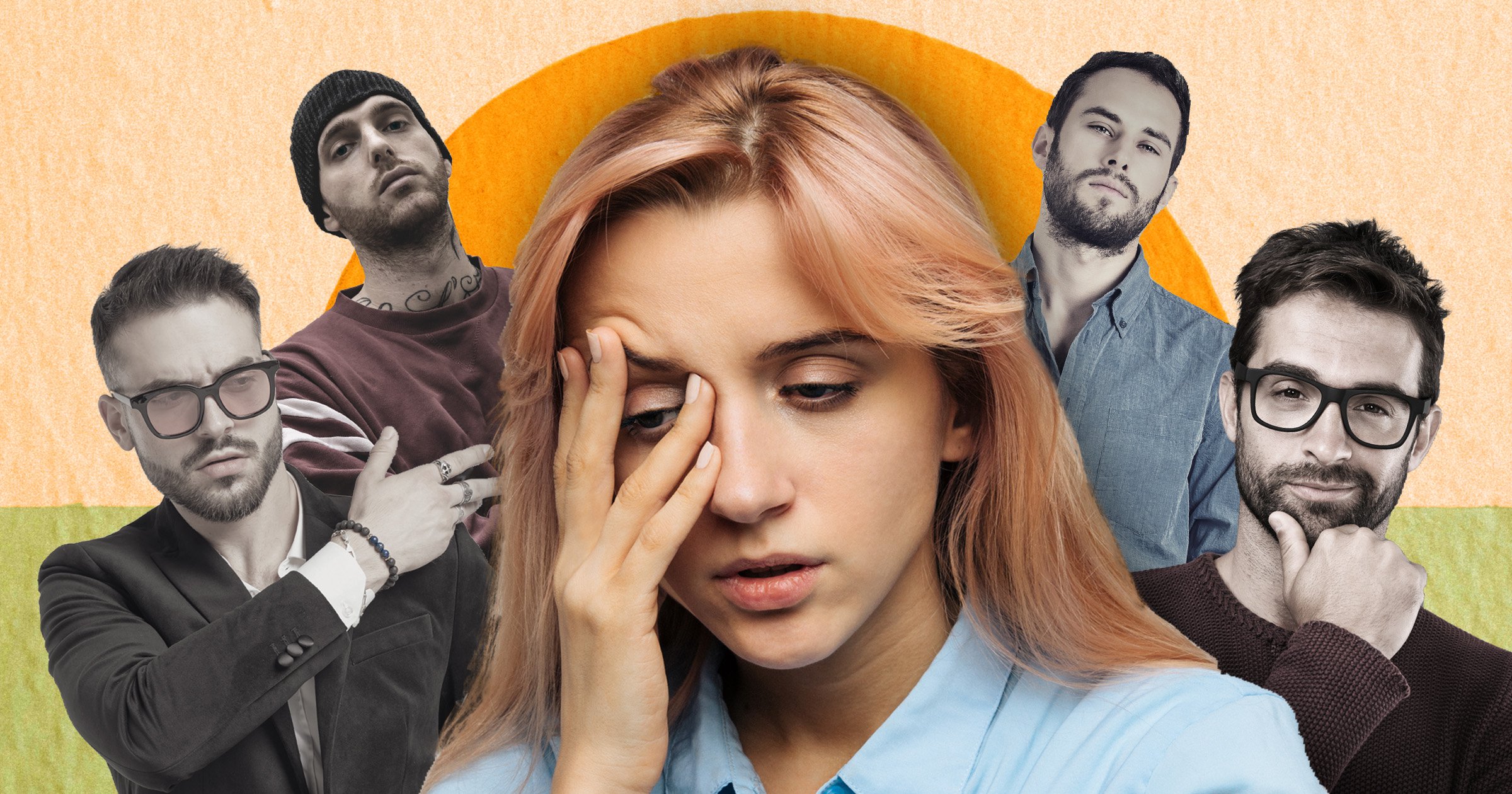 Contents
Tips for spotting telltale red flags on dating app profiles:How to flip these experiences on their headRush Hour Crush – love (well, lust) is all around us

Dating apps these days are a minefield.

In the 10 years that Tinder has been going – a period in which digital dating has become completely normalised – the way we encounter people has shifted.

Very quickly, a person can be exposed to countless others – and with that, a plethora of bad behaviour.

While there’s no denying some women on these apps will practice toxic behaviour, it’s very well-known and established that women who date men generally get the worse end of the bargain – often encountering misogyny, manipulation and a host of red flags from men who match with them.

Don’t believe us? Think about how many women have a terrible ‘dating app guy’ story verses how many men who date women do.

What’s more, a previous study on heterosexual relationships by Manchester Metropolitan University found that men often believe if they deem a woman to be less attractive in real life than on their profile, they ‘have a licence to use the woman as they see fit’ and see it as a ‘breach of trust’.

Even more worryingly, the UK’s National Crime Agency found in 2016 that online dating-related rape had risen by more than 450% in the previous six years, with men who otherwise hadn’t committed sexual crimes falling into this statistic.

Though extreme, this terrifying behaviour speaks to a wider issue of the treatment women face on dating apps at the hands of men.

Aileen Barratt, author of Tinder Translator, says these are the things to keep in mind.

Aileen, an expert in dating apps, says these platforms are rampant with ‘gross and entitled’ behaviour from men towards women.

She warns to look out for the above list of things when dating, and on her third tip (having a ‘no-go’ list) explains why this is so problematic, even if it might seem like a flippant detail.

She says: ‘These usually come at the end of bios and say something like “If you’re X, Y or Z I won’t be interested”.

‘Often these lists are about visual things too, like about wearing makeup, body weight (fatphobia is rife on the apps), and so on.

‘These men could just swipe left on women they aren’t attracted to, but instead they choose to shame them.

‘I also think this can be a set up for manipulation, particularly negging.

‘Telling a woman some version of “I don’t usually match with girls who look like you” immediately undermines her confidence and may lead her to try to prove herself as worthy to the prospective date – it’s classic pickup artist technique.’

This kind of behaviour can be particularly effective when the woman being targeted has low self-esteem, which is why Aileen advises getting very clear about what you want in a match, and recognising that you don’t need the validation of anyone on an app.

It’s important to get ‘app smart’ when it comes to dating, given how rife everyday sexism is.

The trouble is, getting off the apps can make finding a partner harder – given our reliance on them.

Aileen adds: ‘Most people are now meeting their partners through apps, meaning that even though a lot of women experience being sexualised and demeaned on a regular basis, they feel like they don’t have a choice but to use Tinder, Hinge, Bumble, etc.

‘The depressing factor with the relative anonymity of dating apps (in that no one who knows you sees what you’re writing to your matches) seems to have emboldened sexist men.

‘Whether it’s turning a conversation sexual without any consent (and within the first five messages), or being abusive when a woman politely rejects them, there are just too many men who still obviously don’t respect women as their equals – and this becomes very apparent when you spend any time on a dating apps.’

How to flip these experiences on their head

Obviously, having repeated dating experiences like this takes its toll overtime, but there is a way to reframe and learn from them.

The more questionable men you encounter on these apps, the likelihood is you get better at spotting them from afar – eventually limiting your interactions with such people.

It can also help you better understand what your boundaries are – and whether these need to be reassessed.

Aileen says: ‘These experiences certainly confirm that we still very much need feminism.

‘The amount of objectification and disrespect women who date men encounter on these apps is mind-blowing.

‘I think – especially for people like me who exist in nice little feminist, progressive bubbles (both online and in real life) – it can be quite a shock to the system when you first go on them.

‘All the horrible and hilarious stories I’ve heard now very much confirm my identity as a feminist.’

After a range of bad dating stories through the apps, Aileen herself eventually met her current boyfriend through them – after she got better spotting the warning signs.

‘It can encourage self-worth in women and that definitely helps us feel more equipped to handle misogyny,’ she says.

‘That doesn’t mean it’s not upsetting when sexist men cross our boundaries or insult us, but we then know it’s their problem, not ours.

‘If a man hates or looks down on women in general, then there’s no need to take his nastiness or passive aggression personally.’

She believes the shared experience of talking about these kinds of men with others who’ve also had frustrating encounters can be healing too, helping people recognise the issue isn’t with them, but with the person acting in a dodgy way.

Get in touch by emailing MetroLifestyleTeam@Metro.co.uk.

Rush Hour Crush – love (well, lust) is all around us

Tell us about your Rush Hour Crush by submitting them here, and you could see your message published on the site.

The post How to grow after frustrating dating app experiences with men appeared first on celebritynewsapp.com. 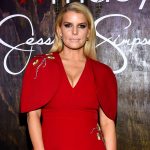