Priti Patel has vowed she will still send asylum seekers to Rwanda after officials from the European Court of Human Rights (ECHR) thwarted Boris Johnson’s inaugural flight yesterday. The court’s decision to intervene last minute with injunctions killed the flight before it could take off, prompting immediate criticism. But some of this is unfounded, as some people have incorrectly associated the organisation with the EU.

Is the ECHR an EU court?

The ECHR freed one passenger from yesterday’s flight using an injunction, clearing a precedent that allowed lawyers to remove the remaining six passengers.

Their intervention meant the group of seven asylum seekers remain in the UK for the time being, handing a significant defeat to an already hobbled Government.

The move has incensed British critics of the EU, so how does the ECHR work and why do we still follow its rulings?

What is the ECHR?

The ECHR is a separate entity to the EU. The acronym** refers both to the European Convention on Human Rights and the European Court of Human Rights, two joint entities that set out 18 rights guaranteed to those under its jurisdiction, such as the right to life, privacy, and a fair trial.

An international effort from leading politicians laid the groundwork for the convention in 1948 following World War Two, with then British Prime Minister Sir Winston Churchill among key sponsors.

Their efforts also established the Council of Europe, another European entity separate from the EU of which the UK is still a member.

While many of these groups may share similar goals, they are distinct organisations.

But this hasn’t stopped the Government from criticising the ECHR, as Mr Johnson suggested the UK might withdraw from its provisions.

When asked whether the country should withdraw, he said: “Will it be necessary to change some laws to help us as we go along? It may very well be.”

The Government’s latest issue with the ECHR is not the first time ministers in Mr Johnson’s administration have clashed with the organisation’s provisions.

Tony Blair’s Government incorporated the ECHR’s rights into British legislation in 1998 via the Human Rights Act, which includes the same 18 rights upheld for Britons in the law.

During the Queen’s Speech in May, Prince Charles declared that ministers would “restore the balance of power between the legislature and the courts by introducing a Bill of Rights”.

The announcement implicitly stated the Government would work toward repealing the Human Rights Act and replacing it with new legislation.

The proposed legislation would be a British Bill of Rights proposed by Justice Minister Dominic Raab.

Mr Raab – who declared his personal opposition to the HRA in an unearthed 2009 video – said the British Bill of Rights would “strengthen our traditions of liberty and free speech, restore public confidence in the justice system and ensure Parliament has the last word on the law of the land”.

But experts aren’t convinced the legislation would effectively accomplish these goals, as a report from the Joint Committee on Human Rights said the bill in its current form would create “a risk of increased legal uncertainty and increased litigation costs”.

Others have suggested the bill would dilute rights in the UK and potentially breach the Good Friday Agreement.

The post Is the ECHR an EU court? Why Britain is STILL bound to Europe’s rules after Brexit appeared first on celebritynewsapp.com. 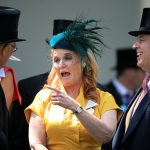 Andrew is 'a very good man', insists his ex-wife Duchess of York
Next Article 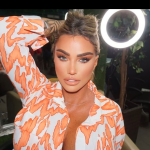 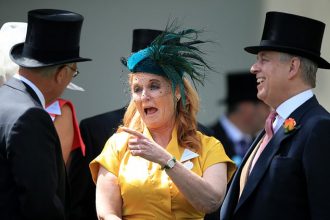 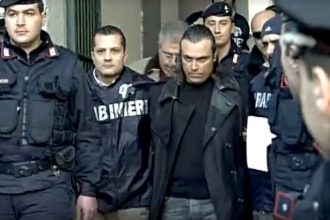 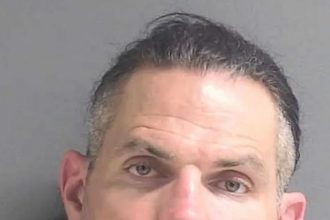