John Boyega holds the title for “biggest superfan ever cast in a major role in the Star Wars universe,” and it’s not even close.

The London-born actor, previously best known for the 2011 cult sci-fi comedy Attack the Block, was the epitome of giddiness after being cast as stormtrooper-turned-Resistance fighter Finn in 2015’s Star Wars: The Force Awakens. Boyega’s unfettered delight was evident in his ecstatic reaction to the Force Awakens trailer or when he clapped back at Star Trek veteran William Shatner for throwing shade at The Force.

With three movies in five years, Star Wars turned Boyega into a household name. But somewhere along the line, his relationship with the Star Wars universe grew… complicated. It is something the actor has opened up about more in the years since the Skywalker Saga concluded in 2019.

Racist online attacks were leveled at both Boyega and his Last Jedi and Rise of Skywalker co-star Kelly Marie Tran that eventually led him to call out the series’ toxic fanbase in 2020. That same year, he bemoaned the fact that he was “the only cast member whose experience of Star Wars was based on their race.”

As he told The Daily Beast this week, he believed he was the lead when he was first cast in The Force Awakens, only to see his role shrink as the trilogy progressed.

Despite the negative experience, however, Boyega has reclaimed his Star Wars fandom as he admitted to us in an interview while promoting his new dramatic thriller Breaking, which portrays the real-life story of a Marine veteran who threatens to blow up a bank over a disputed disability claim (watch interview clip above).

“It actually gives you freedom,” says Boyega, who has kept up with Disney+’s recent streaming series The Mandalorian and Obi-Wan. “I was just at [Disneyland’s Star Wars: Galaxy’s Edge attraction] like two weeks ago. It gives [me] freedom to just go back to what I was doing before, which was just consuming Star Wars content without involvement.

“And that in itself is cool for me. I feel like I graduated to young OG status. Just playing the games and watching what they’re doing past our timeline in the universe, and it’s been good, it’s been fun.”

Considering Boyega’s role was most prominent in TheForce Awakens, it’s no wonder the actor, without hesitation, cites that film as the favorite installment he acted in.

And while castmate Oscar Isaac recently made headlines for saying he’d be open to returning to Star Wars someday — and original stars like Mark Hamill, Carrie Fisher and Harrison Ford all returned for the latest trilogy — Boyega, now 30, doesn’t appear to be anywhere near making such a (hypothetical) commitment.

“At this point I’m cool off it. I’m good off it,” he said on SiriusXM’s Tell Me Everything With John Fugelsang. “I think Finn is at a good confirmation point where you can just enjoy him in other things, the games, the animation. But I feel like [the Star Wars sequel trilogy] was good for me.”

The post John Boyega not interested in returning to 'Star Wars' — but happy to be a fan again appeared first on Celebrity. 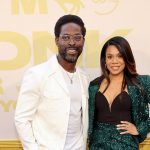