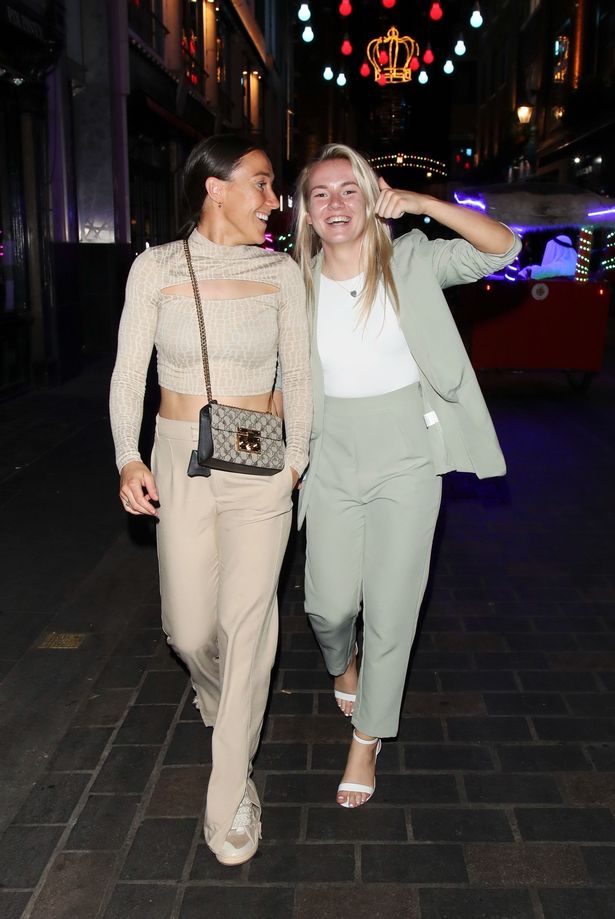 The England Women's national football team, known as the Lionesses, dressed to impress on a boozy night out as they continue to celebrate their epic victory in the Euro 2022 finals against Germany on Sunday 31 July.

The tense game ended up going to extra time with full time ending on 1-1, but Chloe Kelly brought it home with a cheeky second goal for England in the 110th minute.

The girls are the toast of the country, and they've certainly been celebrating their win in style as they've enjoyed numerous nights out this week.

The Lionesses all looked fantastic as they paid a visit to Cirque Nightclub in London, and they were pictured looking in high spirits as they continued their celebrations. 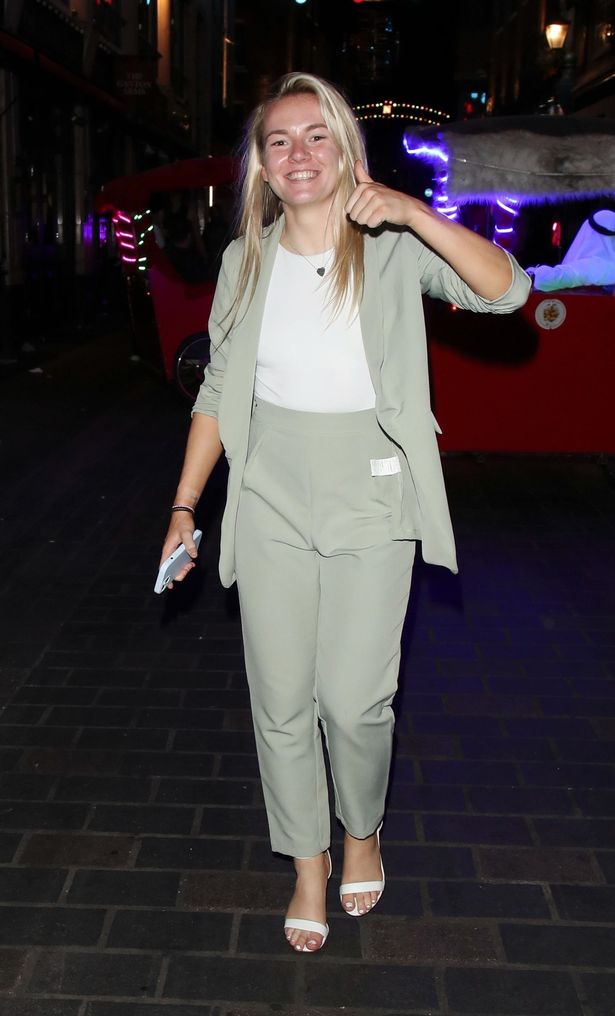 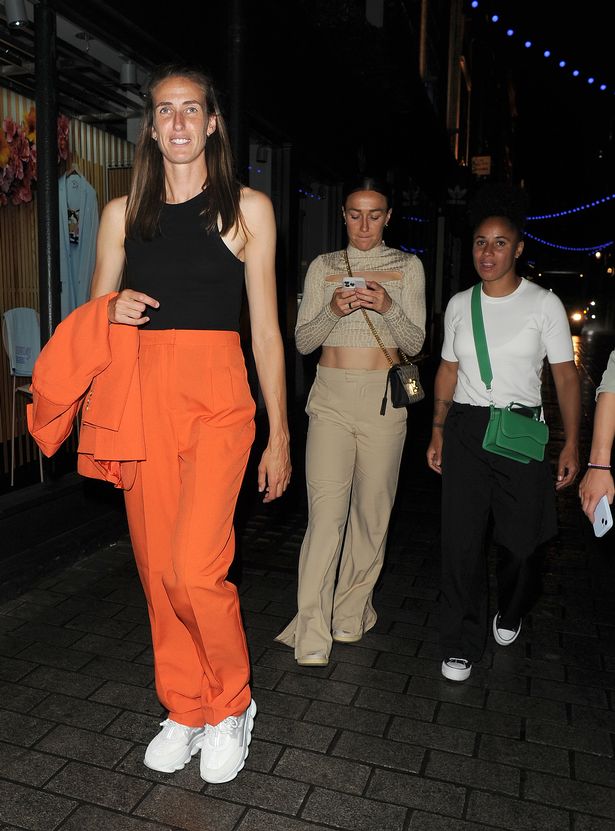 Lauren Hemp looked fantastic in a sage green suit, which she paired with strappy white heels and a matching top as she strutted alongside Lucy Bronze, who rocked a golden co-ord.

Jill Scott also opted for a suit, in a shade of bright orange that had heads turning as she beamed on her way into the venue, whilst Keira Walsh also opted for a bright colour, wearing a lime green blazer over a black bandeau top and flares. 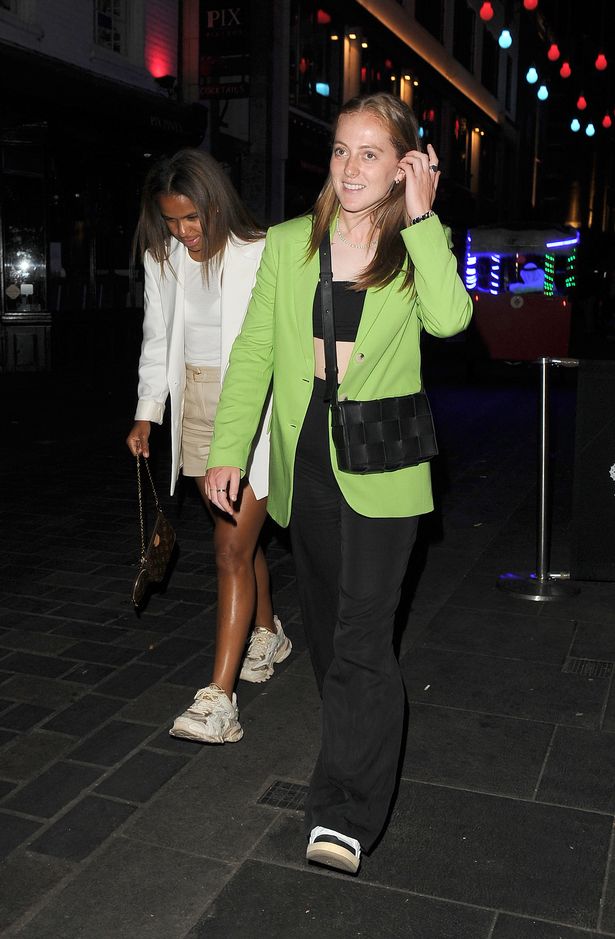 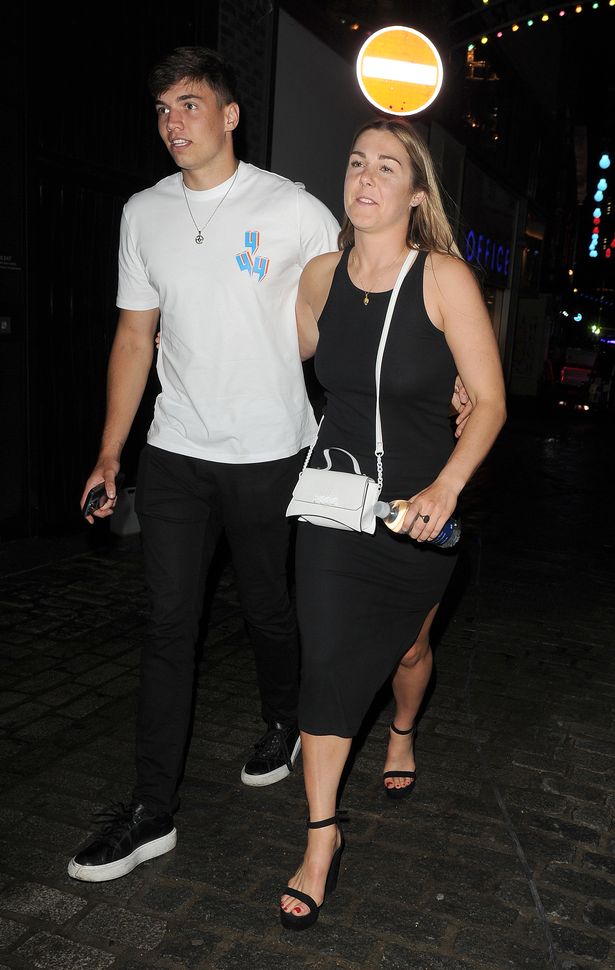 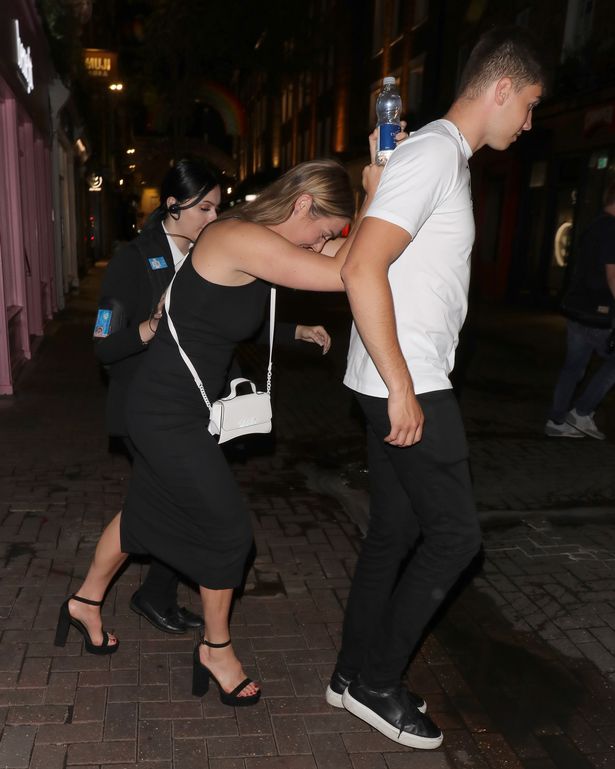 Goalkeeper Mary Earps rocked a black dress with a daring thigh split and strappy sandals as she left the venue with a male companion.

Georgia Stanway looked fantastic as she showed off her pins in a brown dress and Beth Mead was casual in a beige tank top and black shorts as she sipped on water as she made her way through crowds. 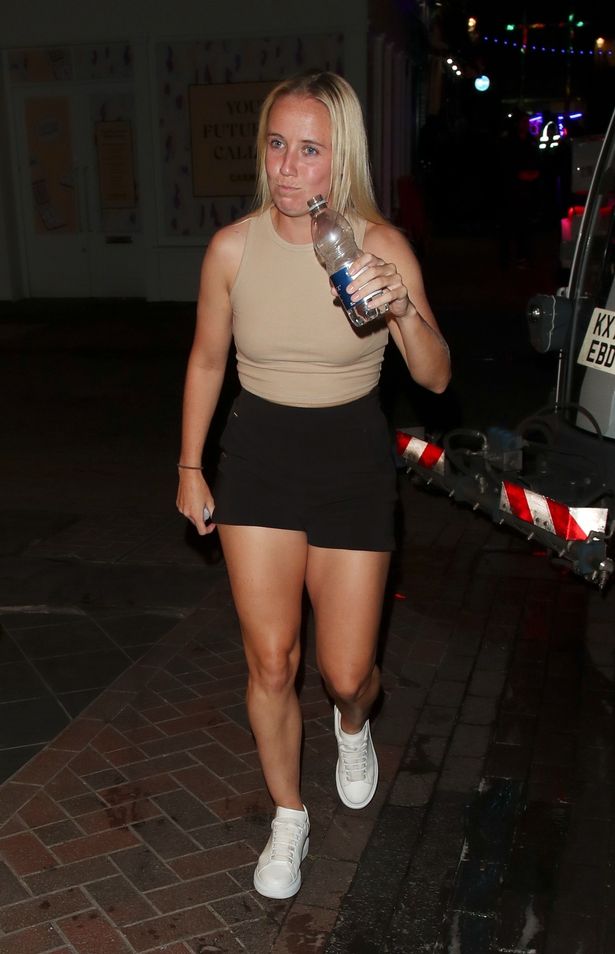 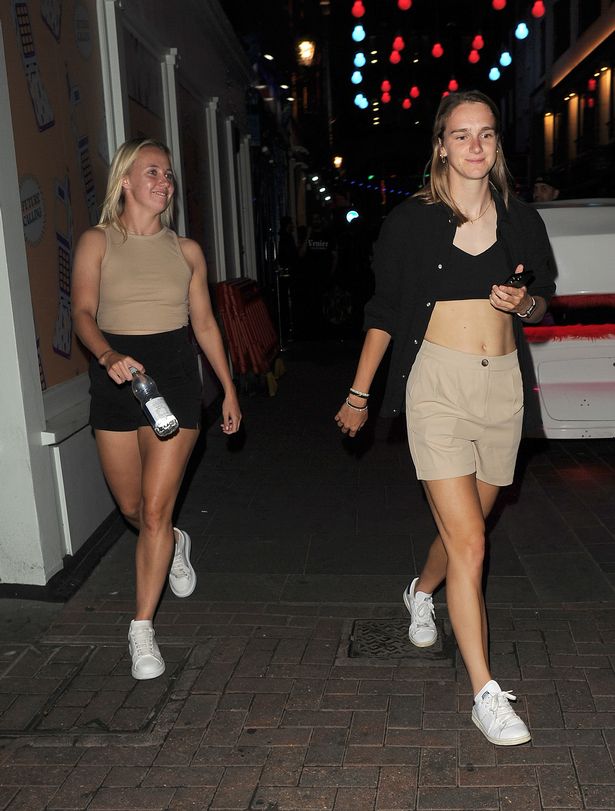 Hannah Hampton flashed a 'peace' sign in a checked shirt, black top and beige chinos as she smiled alongside a male friend.

Leah Williamson opted for a pair of cool graphic-printed shorts worn with a white top and crisp white shirt as her long blonde hair flowed around her shoulders. 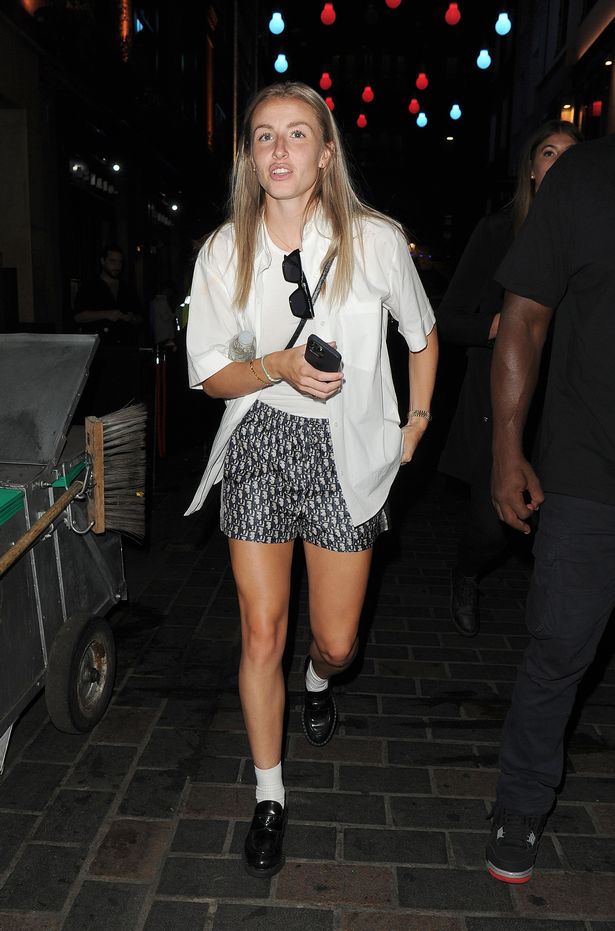 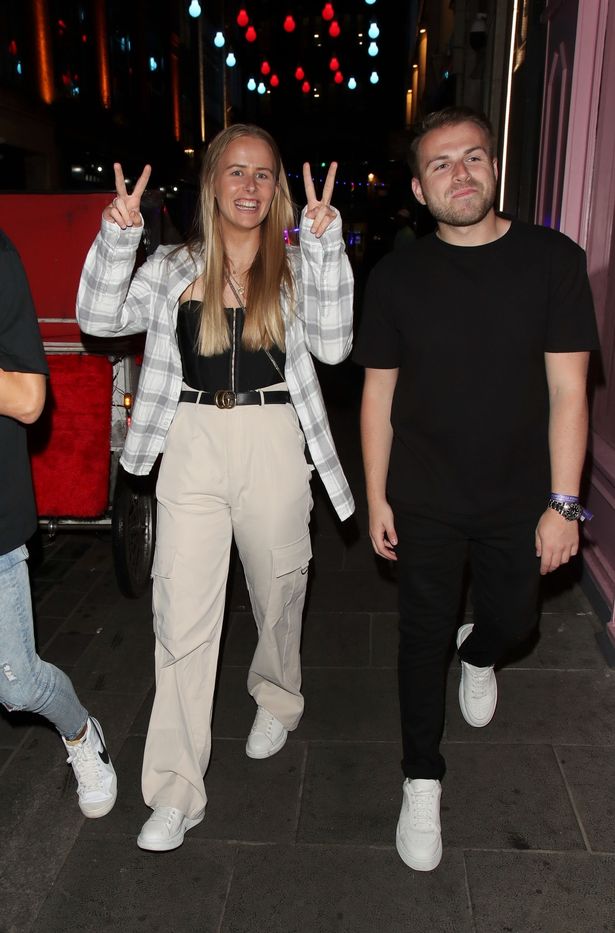 Jess Carter sported a pair of black leather trousers with a sage green shirt and black and white sneakers, and Alex Scott went for a monochrome look in a white skirt, black shirt and bandeau.

The Lionesses made history on Sunday 31 July as they beat Germany 2-1, in a game that was watched by thousands all over the world, including Prince William, who was at Wembley Stadium to cheer them on. 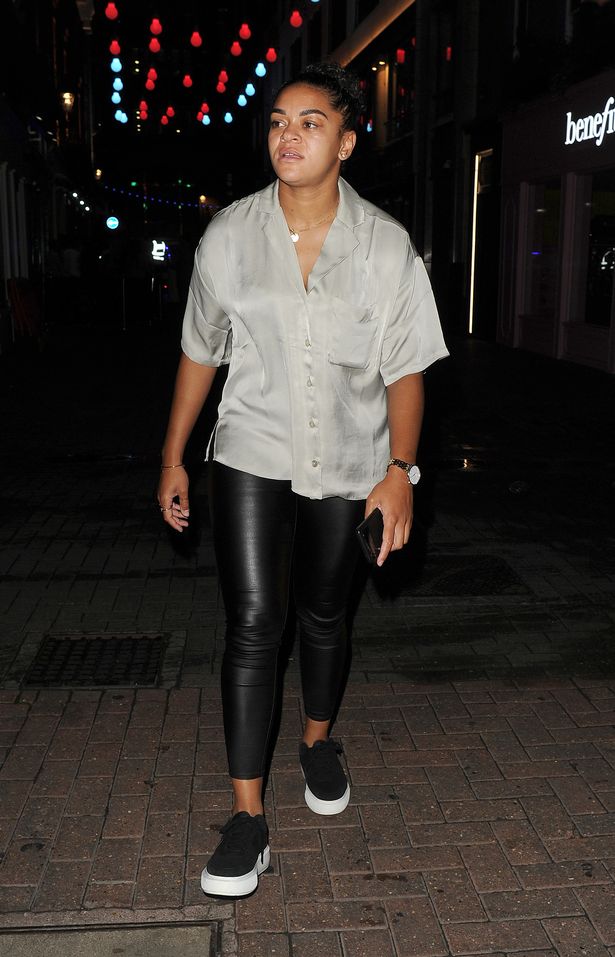 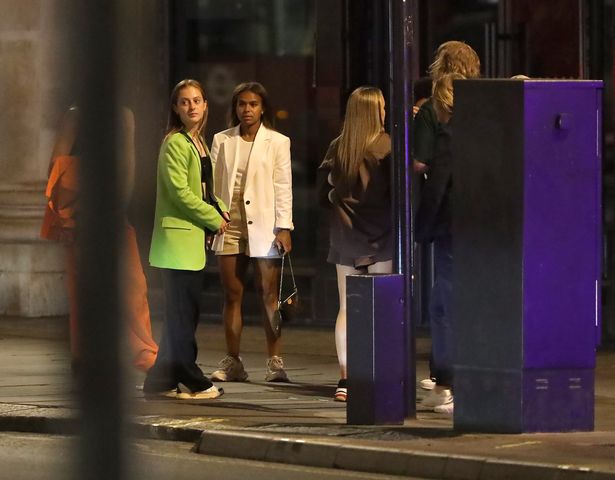 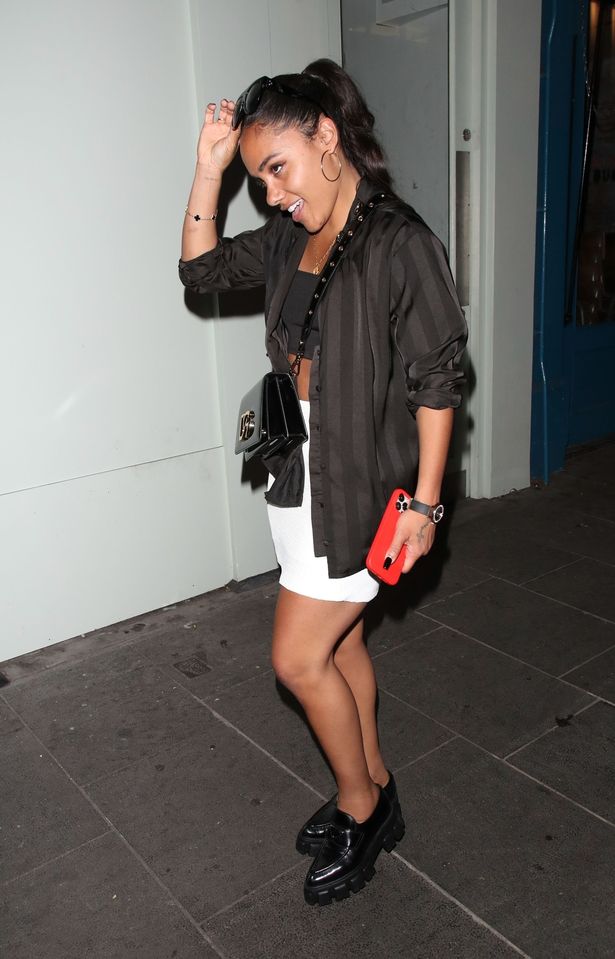 The first goal from England’s Ella Toone in the 62nd minute, followed by an equaliser by Germany’s Lina Magull in the 79th minute had many dreading the match would go to penalties, who England have a heartbreaking history with.

England’s Chloe Kelly’s goal in extra time propelled the Lionesses to clinch their first win in a final since 1966. It was always going to be a match for the ages and one that will be remembered in many years to come. 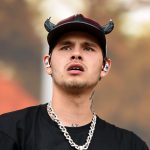 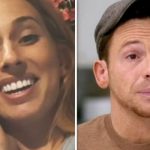