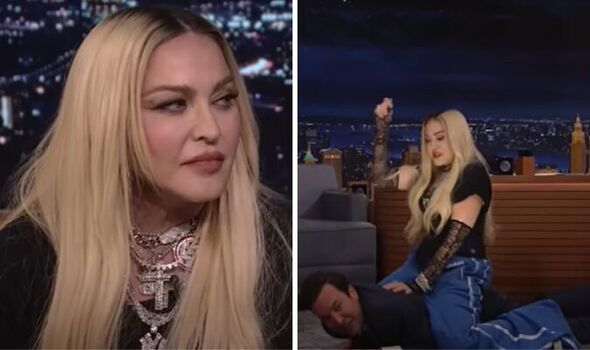 Madonna shows off moves during night out

Appearing on Jimmy Fallon’s The Tonight Show, the iconic singer was promoting her new compilation album, Finally Enough Love: 50 Number Ones. Although when the duo decided to play a game, things took a risqué turn.

Towards the end of the interview, Jimmy and Madonna decided to have some fun and play the word association game.

Picking up cards with letters on them, they both had to immediately say the first word that came into their heads, however, the 63-year-old’s words were anything but PG.

Before playing the game, Madonna said: “Be brave, don’t censor yourself and I’m not going to either, for once.”

The first letter revealed was “P” which prompted Madonna to instantly say “p***y” which resulted in the live studio audience erupting into laughter. 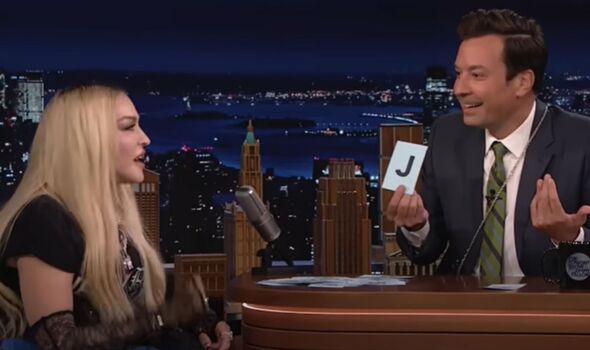 Jimmy started to giggle before embarrassingly putting his hands over his face as he said: “Out of all the letters in the alphabet!”

Sticking to the crude theme, when Jimmy showed the letter “H” the Like A Prayer singer said “H*e” which made the host jokingly remark: “What in the world is going on?!”

Holding her hands up, the 63-year-old apologised before saying god was giving her all of the provocative letters.

Jimmy said more friendly words such as “xylophone” and “zebra”, although it was the last letter where things on stage turned chaotic. 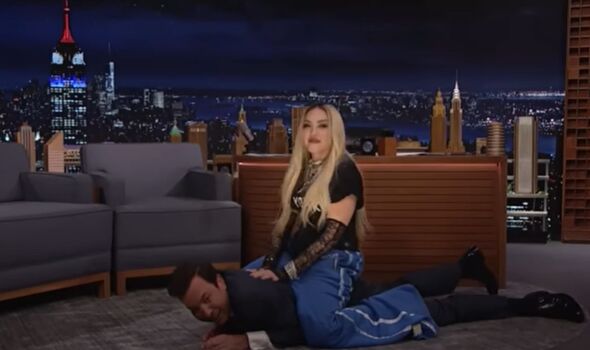 Pulling up the letter “I”  the host said “icon” whereas Madonna shouted “idiot” which earned her a round of applause from the crowd.

Jokingly, Jimmy walked in front of his desk and laid face down on the floor at her response acting as if he was fed up with the game.

Seeing an opportunity, Madonna got up from her chair and sat on top of Jimmy’s back, where she enthusiastically rocked back and forth motion.

Getting a cheer from the guests, Madonna continued to straddle Jimmy as she pretended to whip him while doing so

Still on the floor Jimmy took the joke in good spirit as he commented: “Madonna everybody!”

Elsewhere in the interview, the host wanted to know if there were any musicians she’d like to work with that she hasn’t already.

Responding, she commented: “There’s one artist that I worship more than anything in life and I’d love to collaborate with him and that’s Kendrick Lamar.”

Complimenting the artist, she told Jimmy that his new record is “history making” and called him “mind-bogglingly brilliant.”

The duo seemed to have a jokey relationship as at the start of the conversation Madonna presents Jimmy with a present.

Holding it up to show him, she gave him a tiny diamond handbag that had the word “butch” on it.

Modelling it for the crowd, Jimmy said he was going to treasure it forever.

The post Madonna straddles Jimmy Fallon as she pretends to whip him on air during racy game appeared first on celebritynewsapp.com. 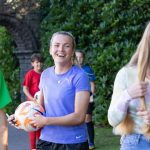 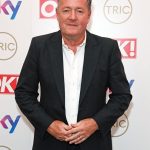