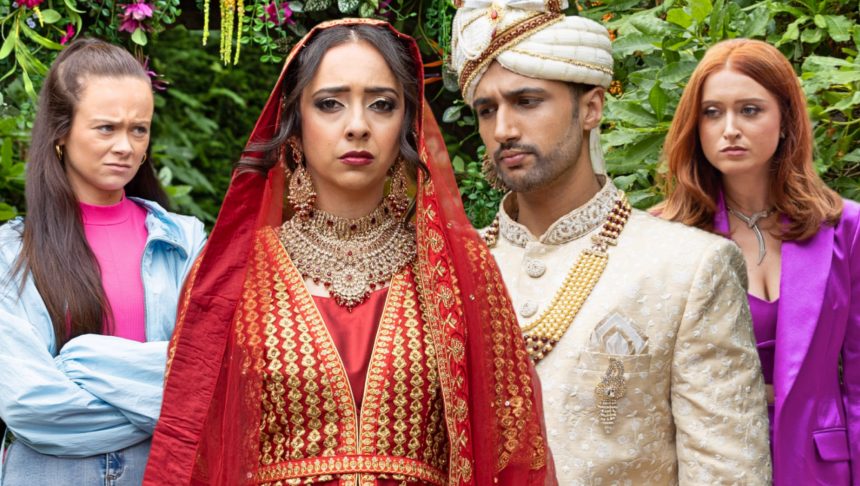 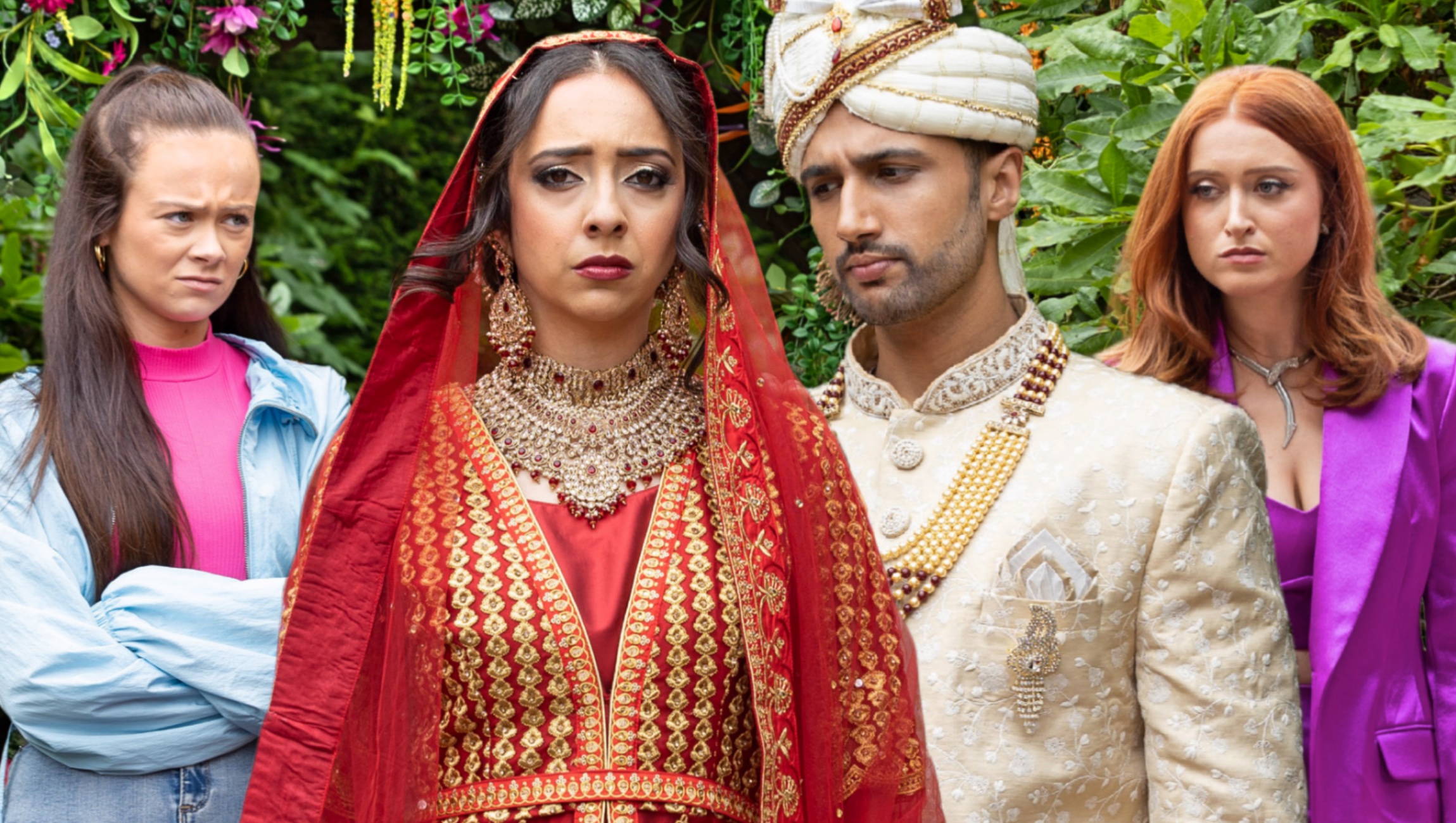 Nadira Valli (Ashling O’Shea) and Shaq Qureshi (Omar Malik) come to a huge realisation on the day of their wedding in Hollyoaks next week, but not before some huge secrets are revealed and showdowns are had.

The bride and groom-to-be have been determined to tie the knot, despite the fact that their hearts quite evidently belong to others.

We are, of course, referring to Juliet Nightingale (Niamh Blackshaw) – who Nadira is smitten with – and Verity Hutchinson (Eva O’Hara), who Shaq regards as his soulmate.

Shaq called things off with Verity months ago, deciding instead to pursue a future with Nadira, who has – unbeknown to him – been having a passionate affair with Juliet for weeks.

But their wedding day is almost here, so will things go as planned? Of course not.

This is Hollyoaks we’re talking about here – Cue the drama!

Shaq and Nadira’s first obstacle comes in the form of their permit application to get married in the park, which is rejected. Determined to get the problem sorted, Shaq turns to Verity, who reluctantly agrees to help.

The groom-to-be is grateful, but his attention is soon elsewhere, as he’s struggling to write his wedding speech, and thus uses Verity as his muse.

Doing so, however, makes him realise that he might be making a mistake. Subsequent scenes will see him vanish, leaving his nearest and dearest concerned that history is destined to repeat itself.

Nadira, meanwhile, has an issue of her own, as Peri Lomax (Ruby O’Donnell) spots her with Juliet and jumps to conclusions.

Juliet and Nadira claim they weren’t together, prompting Peri to apologise, but Peri soon finds proof that her initial theory was correct! Armed with evidence, she sets off to stop the wedding.

Her efforts to do so, however, prove unsuccessful, as even a shock revelation on the big day itself fails to break up couple!

But the bride and groom ultimately have doubts about going through with the commitment, and they later come to a realisation as the wedding is in full swing.

Secrets are subsequently revealed, and declarations of love are made, meaning that Shaq and Nadira have a lot of explaining to do to their guests.

Has the truth about Nadira’s affair with Juliet been revealed? Has Shaq confessed his feelings for Verity?

That all remains to be seen, but as the sun sets on the day in question, there is a happy ending for two unsuspecting lovebirds, who make the most of the situation.

But who has found joy amid the all the sadness and shock?

If you’ve got a soap or TV story, video or pictures get in touch by emailing us soaps@metro.co.uk – we’d love to hear from you.

Join the community by leaving a comment below and stay updated on all things soaps on our homepage. 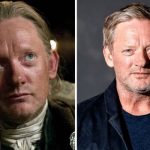 Why did Douglas Henshall leave Outlander as Taran MacQuarrie?
Next Article 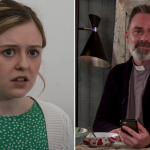