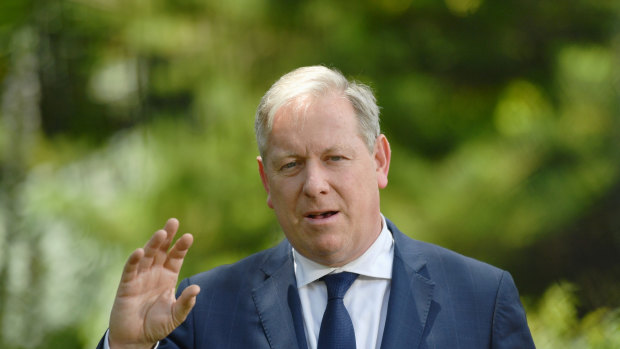 The Victorian opposition has demanded the Andrews government refrain from signing billion-dollar contracts on the mega Suburban Rail Loop project that may need to be ripped up if the Coalition wins government and delivers its contentious promise to shelve the project.

Contents
Most Viewed in PoliticsFrom our partners

Shadow Treasurer David Davis has written to the Department of Premier and Cabinet opposing the signing of contracts before the November election, creating a new test for the government in an infrastructure battle that has created a gulf between the parties.

But Andrews government sources have dismissed Davis’ correspondence as a stunt because the government’s Big Build website states the contracts in dispute are “expected to be awarded in 2023 and 2024” – after the November election.

The former Coalition government signed a contract for the East West Link toll road two months before the 2014 election. Premier Daniel Andrews paid more than $1 billion to cancel the contract when he won the 2014 election, after promising it would cost nothing to do so.

Davis on Wednesday requested early caretaker conventions – the period about a month before an election when governments stop making decisions unilaterally – for major projects and reiterated the pledge to “shelve” the first stage of the orbital rail loop from Cheltenham to Box Hill, which is set to cost about $35 billion.

“Given this commitment and the fact that the election is now just 94 days away, I write to respectfully request no further contracts be entered into by the current government … prior to the November 26 election,” he said in the letter.

“This position is in line with the Victorian government’s previous position concerning the signing of contracts close to elections, particularly in light of considerable budget and major project cost uncertainty.

“This request is made in good faith and with the best interests of the people of Victoria in mind.”

Announcing his opposition to signing contracts, Davis said, “with … the project not scheduled to be completed for another 13 years, it would be complete bloody-mindedness for Daniel Andrews and Labor to sign any further contracts”.

“Every cent irreversibly committed to this project prior to the election is a cent that can’t be spent on fixing the health crisis.” 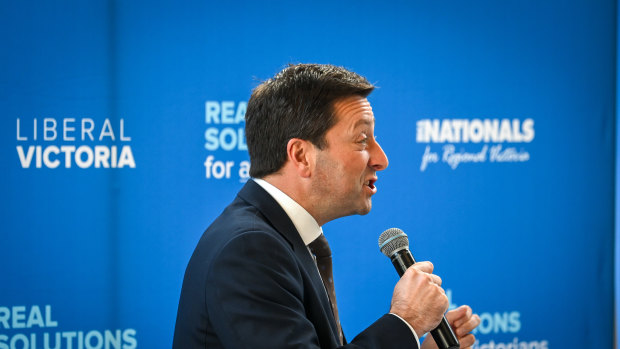 Matthew Guy at the 100 Days to Change the Government State Campaign Lunch on Friday.Credit:Eddie Jim

Opposition Leader Matthew Guy last week turned the rail loop into a top-line election issue when he committed to putting off construction until the health crisis had abated.

The opposition did not rule out building the loop in the future, but said money allocated to the project over the next few years – the government intends to spend about $11 billion on the first stage – would be diverted to building hospitals and into other health spending.

Guy’s case was backed by Parliamentary Budget Office figures showing the first two sections of the project could cost up to $125 billion, more than double the projected cost that Andrews took to the 2018 election after the project was planned in secret with consultants from PwC and Labor-aligned bureaucrats.

The project is planned in three stages. The eastern section, from Cheltenham to Box Hill, is estimated to cost $30 billion-34.5 billion. The government estimated the total cost of the first and second stage, which would run from Box Hill to Melbourne Airport, to be about $50 billion and would not be completed until 2053. There is no timeline and no estimated cost for the third stage, from the airport to Werribee.

The Coalition’s campaign against the rail loop, which it warns will worsen Victoria’s nation-leading debt level, has given Guy a much-needed point of difference with Labor after he spent a fortnight answering questions about a donor scandal.

The policy to shelve the rail loop allows the opposition to emphasise its focus on the immediate concerns of pandemic-weary Victorians, many of whom live far away from the proposed rail line, rather than a transport link that won’t be operation for more than a decade. However, it risks a backlash from voters in marginal eastern suburbs seats where new stations will be built and property prices will rise.

Deputy Premier and Suburban Rail Loop Minister Jacinta Allan told The Age on Friday that there would be “enormous benefits” in completing the 26-kilometre eastern section alone.

The post Opposition demands no contracts be signed on Suburban Rail Loop appeared first on celebritynewsapp.com. 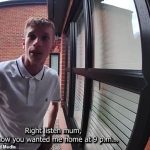