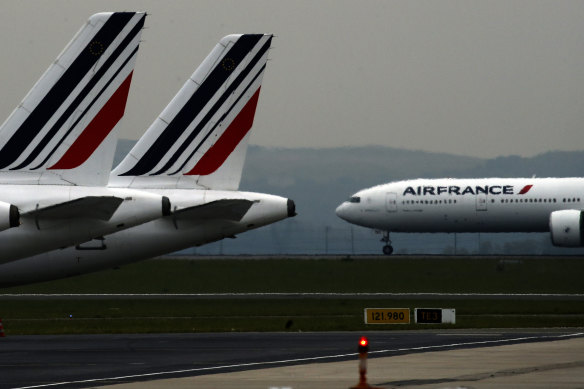 Paris: Fisticuffs in the cockpit, leaving a leaky engine running while cruising over Africa – Air France pilots are under scrutiny after recent incidents that have prompted French investigators to call for tougher safety protocols.

Two Air France pilots were suspended after physically fighting in the cockpit on a Geneva-Paris flight in June, an Air France official said on Sunday. The flight continued and landed safely, and the dispute didn’t affect the rest of the flight, the official said, stressing the airline’s commitment to safety.

Air France pilots are under scrutiny after recent incidents that have prompted French investigators to call for tougher safety protocols.Credit:AP

Switzerland’s La Tribune reported that the pilot and co-pilot had a dispute shortly after takeoff, and grabbed each other by their collars after one apparently hit the other. Cabin crew intervened and one crew member spent the flight in the cockpit with the pilots, the report said.

News of the fight emerged after France’s air investigation agency, BEA, issued a report on Wednesday saying that some Air France pilots lack rigor in respecting procedures during safety incidents.

It focused on a fuel leak on an Air France flight from Brazzaville in the Republic of Congo to Paris in December 2020, when pilots rerouted the plane but didn’t cut power to the engine or land as soon as possible, as leak procedure requires. The plane landed safely in Chad, but the BEA report warned that the engine could have caught fire.

It mentioned three similar cases between 2017 and 2022, and said some pilots are acting based on their own analysis of the situation instead of safety protocols.

Air France said it is carrying out a safety audit in response. It pledged to follow the BEA’s recommendations, which include allowing pilots to study their flights afterward and making training manuals stricter about sticking to procedure.

The airline noted that it flies thousands of flights daily and the report mentions only four such safety incidents.

Air France pilots unions have insisted that security is paramount to all pilots and defended pilot actions during emergency situations.

The BEA also investigated an incident in April involving an Air France flight from New York’s JFK airport that suffered flight control problems on approach to its landing in Paris.

Questions were raised about the workload of international air crew last week after it emerged that two pilots from Africa’s largest airline fell asleep mid-flight. The Ethiopian Air pilots were only awoken by an alarm after sleeping through their window to descend into Addis Ababa, The Aviation Herald reported.

The post Pilots suspended after coming to blows in cockpit mid-flight appeared first on celebritynewsapp.com. 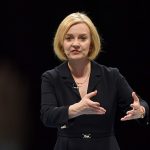 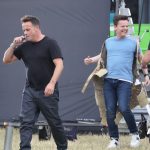