[Editor’s Note: The following review contains spoilers for “Players” Season 1, including the ending.]

Start wherever you want to with “Players.” There’s the premise of the Paramount+ show, a fictional documentary series about a tumultuous esports team in search of an elusive League of Legends Championship Series (LCS) trophy. There are the performances, headlined here by Misha Brooks as Creamcheese, the polarizing veteran star, and Da’Jour Jones as Organizm, the uber-talented, soft-spoken prodigy that could shake up Fugitive Gaming’s misfortunes. There’s the structure, which follows in the style of the ’90s Chicago Bulls opus “The Last Dance,” tracking one season while hopping back in time to give some much-needed context.

For all its technical and logistical prowess, “Players” also happens to be one of the funniest comedies on TV right now. It’s not surprising, given the braintrust behind the show, led by writers/creators Dan Perrault and Tony Yacenda. Their success, just as it was on the two-season Netflix series “American Vandal,” is as much about admirable restraint as it is the final product that makes it on screen. Their previous show gave them lessons about how to build story and expectations at the same time.

“Episode 2 is probably the silliest episode of ‘Vandal’ Season 1,” Perrault said. “It’s the ‘handjob on the dock’ storyline, and I had so many jokes ready to go and so many that we shot. Tony warned me, ‘Look, we got to really reel it back in because if you hit too hard in this 10-minute chunk with too many back-to-back jokes, the audience will come to expect that and be disappointed when they don’t get that the rest of the season. Similarly, with ‘Players,’ it’s about keeping a balance. We do shoot plenty of improv with the actors. It’s all about what feels tonally right. Do we have too many jokes here that you’re pulled out of it? Do we not have enough that you’re kind of losing interest? A lot of that is found in the edit.”

“You can start to get a real mockumentary rhythm, where every scene ends with the punchline. That becomes your relationship with the audience,” Yacenda said. “Sure, they might be engaged in the story, but mostly, they’re like, ‘Alright, make me laugh, funny man.’ We really do want you to invest in Fugitive Gaming. If we start getting into that familiar comedy cadence too much, then our personal opinion is that then the the stakes could start to feel like it’s a joke. The LCS championship can’t ever feel like a joke. It never felt like that to us.”

Yet there’s plenty in “Players” that doesn’t feel beholden to any kind of preconceived formula. Taking cues from well-trod sports doc ground and the necessity of the twin stories of Creamcheese and Organizm, “Players” drew on some different overarching ideas for how to bring these sequences to life. Yacenda, who also directs the series, brought some of the sports doc spirit to the basic principles of what role the cameras played in the story.

“If you watch a true crime documentary, everybody is aware of the camera and everything they do is to present their case and themselves to the documentarian in a certain way. If you watch something like ‘Hard Knocks’ or ‘F1,’ there’s an element of that when you’re doing interviews, or some more  laid-back scenes. But if you’re in a fight with your coach, those stakes are more important than the documentary stakes,” Yacenda said. “The sports documentary is one of the few where we weren’t as policed in the writers room, asking ‘Why would they be having this fight in front of the camera?’ I could totally see Michael Jordan having this fight, even though the documentarian was there.”

That, in turn, helped inform how the talented top-to-bottom cast could live within this world and help give rise to some natural drama.

“With our documentary style, we kind of go the opposite way, where we shoot the improvised stuff first. Let’s go really fat with this scene. It’s a two page scene, but let’s do a seven-minute take. We’re not going to do a blocking rehearsal, they’re going to have no idea what’s going to happen,” Yacenda said. “The later takes that we get that are closer to the scripts are often what we’re like building the scaffolding around. If it’s feeling too mockumentary, we can bring some of those flaws that we didn’t add on purpose but are really like texture, because of that awkwardness.”

From there, the documentary vets of the “Players” editing team helped construct an overall rhythm that felt closer to an unscripted project. The main difference was embracing the elements of this kind of production that fictional docs usually go out of their way to avoid.

“Every scene you watch in a documentary, if it’s a 90-second scene, it was probably a 90-minute conversation. Something I see in mockumentaries is that it feels like they’re right on top of each other. You should feel those bumps in continuity, feel the little cheats that the editor is making, a digital zoom to punch in to hide continuity,” Yacenda said. “It’s about us coming up with guidelines and rules on set that force us to use cheats in the most elegant way possible. We’re not having the cameraman try to come up with shitty compositions from time to time. It’s just that they were in the wrong place because they didn’t know the blocking was going to be there. Everybody is doing their earnest best to make the best version of it, as opposed to adding flaws.”

Those granular difference-making details are peppered throughout “Players,” particularly when it came to making Fugitive Gaming feel like the long-established LCS squads they square up against throughout their season-long run.

“There are certain elements that, for production reasons, the ball has to get rolling early,” Perrault said. “One thing that was a very big part of the process is the Fugitive’s logo and the team name, the jerseys, all that stuff. I remember those conversations starting probably two months before production started, which is a tight timeline. Another thing that we had to decide early was sponsors. In order to feel authentic, esports is heavily sponsored, as many sports are now. But as we’re sort of designing the look of the fugitive mansion, you gotta get the ball rolling with Buffalo Wild Wings, MeUndies, and all of them. We had far more success in getting most of our wishlist than we expected. It was really hard to get anyone to agree to do ‘Vandal,’ mostly because getting associated with dick jokes and poop is probably less appealing than cool esports teams.”

The opening credits sequence, the interview setups, even the font choices all feel of a piece with the past decade or so of sports documentary precedent. While “Players” relishes in those visual touches, it also succeeds by capturing the way that people in these docs talk. That came at least in part from drawing universal truths from some collective writers’ room watches.

“That would be an occasional homework assignment. ‘Let’s wrap the room early, pick a sports doc, and let’s talk about it tomorrow,’” Perrault said. “I remember creating a document of all the different ways someone talking about subjects in sports docs would start their sentence. For whatever reason, half the sentences in sports doc interviews start with ‘I mean.’  ‘I mean, you gotta remember…’, ‘I mean, this is 2005. At the time…’ So we wanted to make sure we got a good amount of that in.”

In their third full season of fictional documentary TV, Perrault and Yacenda arrive at yet another ending that helps cement the lived-in nature of the entire project. The season’s tenth and final episode culminates in a triumphant championship moment for Creamcheese, a validation of sorts for the years of naysaying shown throughout the previous four-plus hours.

But, as is the case for so many of these seminal sports doc series subjects, winning isn’t some soothing magic cure-all. There’s a definite bittersweet tone in those closing moments (even with Brooks pulling off a delightfully goofy karaoke moment) as Organizm sets off for a life after Fugitive, chasing his own elusive sense of fulfillment.

“It’s almost a two-parter. We wanted the victory to feel cathartic and feel emotionally satisfying. But there’s very little that would truly, truly fully satisfy these these players and anyone with this level of ambition,” Perrault said. “Even in that last Organizm scene, in which he’s giving a sort of closing exit interview, we’re intercutting with the celebration party at the Fugitive mansion. Darien Shulman, our wonderful composer, scored this. It starts off full and happy and a bit triumphant. But then there’s this sort of nagging pulse to it that represents this undying need to achieve more. It gets a little melancholy. We see Cream isn’t fully happy. He doesn’t have Organizm and even though we had that LCS championship, he’s still not fulfilled and he may never be. It’s fun to watch a victory, but it was never going to be a clear, full-on happy ending for our characters. “

All of those swirling emotions are part of what makes this batch of “Players” episodes feel self-contained. It’s also laid the groundwork for a potential Season 2, should the show get renewed. If called on for more episodes, Perrault and Yacenda have ideas for where the show might head next.

“There’s years that we obviously don’t cover in this first season,” Perrault said. “It’s primarily 2015, ’16 and 2021. And in our fictional universe, there’s a lot that happened in between. We allude to other characters. ‘Spaghetti’ is a name that comes up a lot. Spaghetti really exists in our universe, and we wrote ourselves into that. To quote Ryan O’Flanagan, his character says, ‘The only comparisons I can recall being apt [to Creamcheese] are Squigs and Pancake. That’s it. That’s the list. There’s nobody else on it.’ When you write a joke like that, we do want to follow through and fulfill the implied promise that these people exist.”

“Players” Season 1 is now available to stream on Paramount+.

The post ‘Players’ Creators Noted a Tiny Quirk in Sports Docs – and Worked It Into Their Fictional Esports Series appeared first on celebritynewsapp.com.

Football FREE BETS – England vs Germany: Get £60 in bonuses when you stake £10 with Betfred | The Sun
Next Article 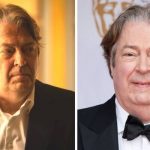