Even without the family Christmas presents of throwing axes, Amber Midthunder was born to be an action star. Her father, David Midthunder, is an actor and stunt performer whose recent credits include “1883” and “Dark Winds”; mom Angelique Midthunder is the casting director of “Reservation Dogs.” The youngest Midthunder started working on screen when she was four (her first role: “Little Girl”) and, more recently, she’s had lead roles on TV series “Roswell, New Mexico” and “Legion” and parts in films “The Marksman” and “The Ice Road.”

But in Dan Trachtenberg’s clever “Predator” prequel “Prey,” the 25-year-old Midthunder is the lead. The fifth film in the venerable action franchise is set on the Great Plains in the fall of 1719 and follows Midthunder’s Naru as she battles a vicious alien warrior intent on taking her out, as well as her Comanche Nation tribe, a coterie of French fur trappers, and anyone and anything else that gets in his way.

Midthunder is a member of the Fort Peck Sioux Tribe and she said starring alongside a mostly Native cast was a thrill. Also thrilling for her (and the audience): The film gives her the chance to show off serious action chops, including scenes that see her battling a bear, to sequence after sequence of Predator-based thrills.

Ahead of the film’s premiere on Hulu, Midthunder spoke with IndieWire about her “Predator” knowledge base, the genuinely “crazy” bear sequence, and how she sees Hollywood’s approach to telling Native stories changing for the better.

The following interview has been edited and condensed for clarity.

IndieWire: How much did you know about the “Predator” franchise?

Amber Midthunder: I knew about it mostly, honestly, in a pop-culture sense of how the famous lines and references have permeated their way into our world. Going back and getting to watch all the movies and being familiar with the franchise was exciting in that way — I was like, “Oh, my gosh, I didn’t realize that that came from that. Oh my gosh, this comes from that movie.”

Did you watch all of them in order?

What references did you pick up from the other films that are in “Prey”?

Definitely the gun [that appears late in “Prey” and also “Predator 2”]. At one point, I look at blood on a leaf and the way that the blood drips [is a reference to the first “Predator”]. But also, Dan really was focused on making this its own movie and I think it really does have its own legs, as well as being able to craftily relate to the other ones.

There’s a theme in the movie about how your character is not a threat, and there’s so many different ways that can be interpreted.

We were in production for five or six months, so we had so many different conversations. That’s what’s so great about a director like Dan: He’s so inclusive and so open. It created an environment where I could tell him, “I have secrets about what I’m thinking about [for Naru].” I think he had his own secrets that he kept from me. He kept them from me better than I kept mine from him! We had a lot of conversations about each moment and the multitude of feelings and things being called on in each scene that, all put together, became her story.

You have to lead a number of major action sequences. What was your training like? I assume your parents helped?

What’s funny is that, a couple months before this movie, for Father’s Day, I bought my dad a set of throwing axes, just because that’s the kind of family we are. For one Christmas, my dad got my mom Chinese throwing stars, and she got him throwing knives as their Christmas Eve present. I was like, “This is a weird family.”

Obviously, I was raised in the outdoors, always on dirt bikes. We had horses and big dogs growing up. I grew up being outside and being active, which I feel like really is where a lot of that comes from, those desires to even do roles or movies like this. For “Prey,” we had a training camp that all of us went to in Calgary before we started filming. We worked with weapons and personal trainers and the stunt team to get ready.

There’s a major sequence in the film where the Predator fights a bear and you’re right in the middle of it.

It was crazy to shoot. We did two different locations for that. The river sequence was one thing by itself: Naru running away from the bear, being on the mountain where I saw the bear, diving in the water, swimming away — all that kind of stuff, that was all was one location out in the mountains somewhere in Alberta. We would hike down a big hill, get in a little paddle boat. I was in a bright-yellow life vest with my whole Naru outfit. We’d get out of the boat, then you arrived at the river — which, by the way, was glacial water, runoff from the mountains. Even though it was summer, that water was so cold.

Secondarily, we had a location on a studio where we were in a big pool. They built the dam in the river and at the studio. There was a guy literally in a bear suit that was clawing at me and moving around like the bear while I was in the scene acting like I was getting attacked by a bear. And then, there were effects of when the dam gets destroyed that was some kind of big explosion. There’s so much crazy stuff happening just for that one sequence.

Do you want more action roles? It feels like there’s more roles for women of all ages in the genre than there ever has been before.

I love hearing that sentence. I really enjoy doing stunts and I think doing action movies is really fun. At this point, I have already experienced a multitude of different types of action. I’m going wherever I feel like there’s challenge, or wherever I feel like there are people to work with who I admire. I’ve been very fortunate that the roles that I’ve done, that are action-centric, happen as part of roles that I found to be very good and interesting. There were characters that were really well-written, or people that I really wanted to work with, and it just happens that I also got to do some really fun stuff as a part of those roles.

You also have an incredible canine co-star. What was the process of working with her?

Her real name is Coco. That dog is a star. That dog is a fresh talent. First movie ever. Not raised as a movie dog. I think this dog got adopted maybe two months before we started shooting. So what you see [in the film], honestly, I was so impressed. Much of Coco’s real time on set was chaos in a very fun way, at least to me. She happened to be an extremely high-energy dog and so much of her time was spent running around and getting really excited and jumping on stuff. But she’s a good actress, because that’s not what you see in the movie.

Were you surprised by the gore level? It really does follow the path of the original films, which I think people will be pleased with.

I think it’s pretty cool. The Predator is definitely a very unique monster or alien or antagonist. You often see a creature-type character [in films], and it’s either just violent with no kind of direction, or it’s very big-scale, world domination. But to come in and be motivated and be something that’s intellectual and intimate, I think is a very interesting concept. Our version of the Predator, I’m very proud of it. I think that it lives up to and even exceeds what people love about the Predator.

You’ve been in and around the industry for most of your life, both with your own work and your parents’. A film like this, where it’s mostly a Native cast playing Native roles, still feels remarkable. Do you see Hollywood continuing to move forward in this way?

There’s not ever been a lot of opportunity for us in terms of roles and representation, or even behind-the-camera work. When my dad started acting, it was often [playing] the one character inside of something that serves a purpose to other characters. It’s either [a role that’s] really spiritual or subhuman-level savage, violent, stuff like that. My parents were just in another country and the people there would ask my dad, “What are you?” and they’d be like, “Oh, my gosh. You should have the tomahawk! And you say should say, ‘How!’” All they knew were these stereotype tropes, because that’s what gets represented in media.

To have a movie that shows a multitude of different personalities with different desires and intellect and relationships and stuff like that, is an honest look at how we actually [should] have been portrayed this entire time. To be able to see this turn of shows like “Reservation Dogs” and “Rutherford Falls” and “Dark Winds” and “Echo” and our movie, I am so proud. And I certainly hope that this is only the beginning of showing that indigenous people have been storytellers. This is our medium. We’ve been doing this for forever. We are an oral storytelling people, that’s how we’ve preserved our culture. I think Native people are extremely valuable in this medium and that this is just the beginning.

The post Prey Breakout Amber Midthunder Is Ready to Be Our Next Great Action Star appeared first on celebritynewsapp.com.

She-Hulk Team Teases ‘Fun’ Side of Daredevil, ‘Great Chemistry’ Between Actors: ‘People Are Gonna Love It’
Next Article 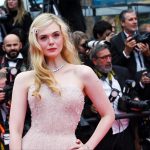