The Taliban claims it had no idea Al Qaeda leader Ayman al-Zawahiri was hiding in a safe house owned by a senior government official in Kabul before the US killed him.

Zawahiri masterminded the 9/11 terror attacks and had been hunted by America for more than two decades before he was finally killed in the Afghan capital early Sunday at a safe-house owned by an aide to interior minister Sirajuddin Haqqani.

His death has been held up as evidence that deep links still exist between Al Qaeda and the Taliban, which returned to rule Afghanistan last year with a pledge that terror groups would not be allowed safe haven in the country.

But a spokesman for the Islamist group has now claimed to have ‘no information about Ayman al-Zawahiri’s arrival and stay in Kabul’.

Ayman al-Zawahiri, a mastermind of the 9/11 terror attacks and leader of Al Qaeda following Osama Bin Laden’s death, was killed early Sunday in a drone attack on his safe house in the Afghan capital Kabul

An MQ-9 Reaper drone fired two R9X ‘ninja’ Hellfire missiles at Zawahiri as he stood alone on his balcony watching the sun come up, obliterating him with 100lbs metal warheads and six blades that popped out of the fuselage before impact

A carefully-worded government statement did not acknowledge that Al-Zawahiri was actually in the city, and also did not confirm his death.

Instead, it said: ‘The leadership of the Islamic Emirate of Afghanistan has instructed the investigative and intelligence agencies to conduct a comprehensive and serious investigation into the various aspects of the incident.’

But US security services say they are sure that Zawahiri was killed shortly after 6.18am Sunday when two R9X ‘ninja’ missiles – equipped with 100lbs steel warheads and six katana-like blades that pop out the sides – landed on him.

The CIA said six months of painstaking intelligence work had gone into confirming Zawahiri’s presence at the house, including multiple sightings of him on the rooftop balcony where he was killed.

A further 24 hours of work then went into confirming he had definitely been killed.

Zawahiri’s assassination is the biggest blow to Al-Qaeda since US special forces killed Osama bin Laden in 2011.

It was after Bin Laden’s death that Zawahiri was promoted to head of Al Qaeda.

He was on the FBI’s most-wanted terrorist list and there was a $25 million reward for information leading directly to him.

President Biden announced his death in an address to the American people late Monday, saying it provided some measure of ‘justice’ for the victims of 9/11.

‘We made it clear again tonight that no matter how long it takes, no matter where you hide, if you are a threat to our people, the United States will find you and take you out,’ he said.

Biden laid out al-Zawahiri’s role in the terrorist organization, noting that, in addition to the 9/11 attacks, he was behind the bombing of the USS Cole in 2000 and the attacks on U.S. embassies in Kenya and Tanzania in 1998.

Biden concluded his remarks with a warning: ‘To those around the world who continue to seek to harm the United States, hear me now.

The post Taliban claims it had NO IDEA Ayman al-Zawahiri was hiding in Kabul appeared first on celebritynewsapp.com. 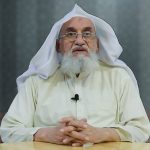 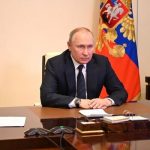