A supportive ex. Joe Giudice is opening up about Teresa Giudice’s wedding to Luis Ruelas – and he wishes them nothing but the best.

“I’m very happy for her. She deserves all the happiness in the world,” Joe, 50, exclusively told Us Weekly on Monday, August 8. “I think Lou is a good guy. Anything negative being said out there are just rumors that I don’t engage in. Until I personally discover otherwise, he’s OK in my book.”

Despite not being in attendance, Joe told Us that there was no need for comparison between his wedding to Teresa and hers with Ruelas, noting that they were “equally as special and beautiful in their own unique ways.”

As for his thoughts on the bride, 50, who donned a white, mermaid-cut, strapless wedding dress with sheer gloves and a large tiara during the ceremony, Joe gushed, “Teresa looked like a princess.”

In addition to having nothing but positive things to say about the reality star and her new hubby, Joe also shared that his relationship with his daughters — Gia, 21, Gabriella, 17, Milania, 16, and Audriana, 12,  whom he shares with the cookbook author — is strong as ever. “We talk every day. Everyone is happy,” he said.

However, in regards to Melissa Gorga and Joe Gorga, who did not attend Saturday’s bash, Joe revealed he wasn’t “surprised” the twosome decided to skip out on the big event. “They’re unpredictable,” he explained, adding, “I wish [Luis] luck with his new in-laws.”

Joe and Teresa previously tied the knot in 1999. In March 2019, the Celebrity Apprentice alum hinted at a possible split during a season 9 episode of RHONJ, saying their marriage would be over if Joe was forced to leave the country and relocate to Italy that October after the couple pleaded guilty to 41 counts of fraud.

Us confirmed that the two had called it quits in December 2019 after almost two decades of marriage.

“Teresa and Joe talked about their future when she and the girls were in Italy and decided it was best for them to separate,” a source told Us at the time. “Neither of them wanted to be in a long-distance relationship. Joe has been dating in Italy, Teresa is busy taking care of their girls right now. They harbor no ill will toward each other and will continue to coparent their kids.”

While Teresa is busy with her newlywed status, Joe revealed he’s in a “very good place” and “at peace” with himself after the drama of the past few years. The former construction worker confirmed that he’s open to casual romance, he’s mostly focused on work, his family and trying to return to the states as soon as possible.

Teresa Giudice and Luis Ruelas: A Timeline of Their Relationship

“I’m just dating around for now. I’m focusing on new projects and my petition to get back to the U.S. to be with my family, that my manager, Dominique Enchinton [of Dominton Talent House] is working on. You might very possibly be seeing me on TV again in the future,” he hinted to Us. “I’m excited for the next chapter. I’ve learned a lot, these last years. I’ve learned to truly live.”

The post Teresa's Ex-Husband Joe Says She 'Looked Like a Princess' at Luis Wedding appeared first on Hot Celebrity reviews. 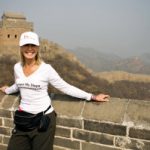 ‘They were her secret ingredient’: The Australians who helped Olivia Newton-John conquer the world
Next Article 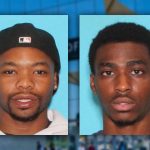