BROCK LESNAR broke character and appeared to be bidding farewell to the WWE Universe after his loss to Roman Reigns at SummerSlam.

The two heavyweights took each other to the limit with unimaginable punishment and The Tribal Chief stood tall with the help of his cousins and WWE Unified Tag Team Champions The Usos.

The three of them buried the UFC legend with a number of debris that didn't allow him to answer the referee's 10 count.

After the match, which also saw Mr Money in the Bank Theory trying to cash in before The Beast took him down with an F5, the unsuccessful challenger climbed up to the broken ring.

The squared circle was destroyed by Lesnar, who used a tractor to try and throw Reigns at ringside.

FOX reporter Ryan Satin shared a video after the bell of the 45-year-old wearing his signature cowboy hat and taking it off to salute the WWE fans, who responded with a warm ovation.

Lesnar is a part-time performer in WWE and only competes in major pay-per-view events.

This gesture signalled that he could be taking another hiatus from the company until he returns again, probably at the Royal Rumble next year.

That was a rare move from he 10-time world champion who doesn't tend to interact with the WWE fans.

Most read in WWE

Latest updates from WWE'S biggest party of the summer from Nashville

Reigns is now focusing on his next challenger and British superstar Drew McIntyre.

The Head of the Table will put his title on the line against Scottish hero McIntyre at Clash at the Castle on September 3 at the Principality Stadium in Cardiff. 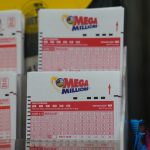 Huge Mega Millions jackpot of $1.28BILLION is won by ONE ticketholder after sales skyrocket | The Sun
Leave a comment Leave a comment