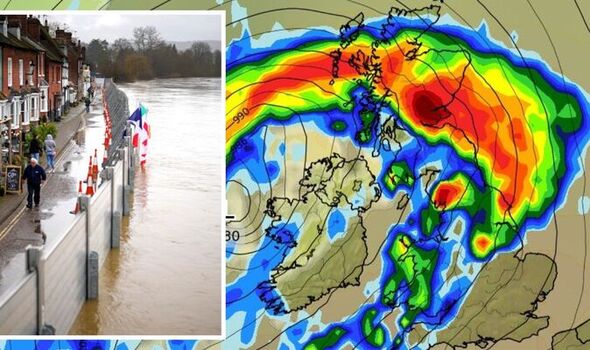 BBC weather: Dry weather for many with scattered showers

Interactive weather model WX Charts shows a huge band of rain hitting northern and western parts of the country by Friday, August 19. For many the prospect of rain is welcome, especially water companies who are struggling to make shallow reservoirs meet demand. But a meteorologist has suggested this exact map may show something more impactful than just a rain shower – it could see intense downpours bursting river banks – depending on how long downpours persist. Senior meteorologist at British Weather Services, Jim Dale, admitted details at present are somewhat scant but heavy rain – and possible floods – after a drought is not unheard of.

Speaking to Express.co.uk, he said: “I expect the rain will be so. Droughts usually end up being followed by floods like in 1976.

“But details are elusive as yet.”

The summer of 1976 saw unusually high temperatures across the British isles causing a severe drought.

It was billed as one of the driest, hottest and sunniest summers of the 20th century and saw widespread water rationing put in place across the country. 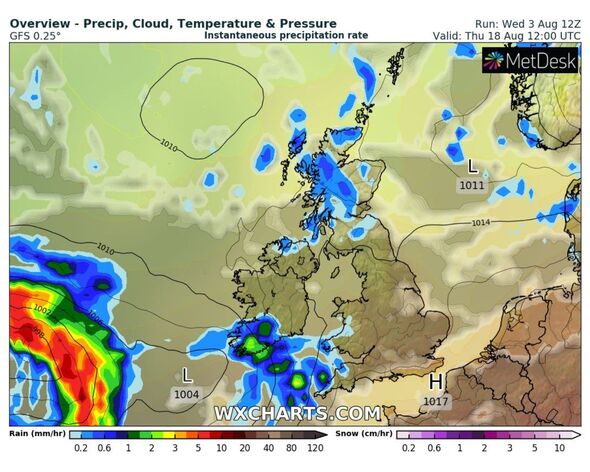 The drought did come to a crashing end in September of that year when heavy rain and thunderstorms caused some flooding.

This also lasted into October 1976. At the moment, the south Midlands, East Anglia, southern central & south eastern England are currently in a drought.

But a large part of the south east will not be touched, it appears, by this newly forecast band of rain.

Two counties, Kent and Sussex, will be in the first week of a hosepipe ban, with South East Water claiming low water levels are just not coping with the increased demand. 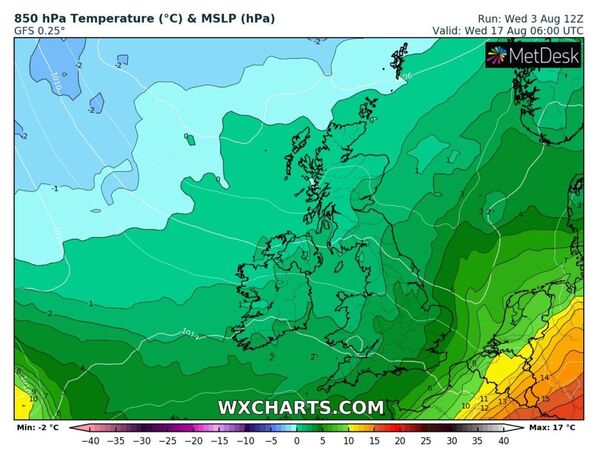 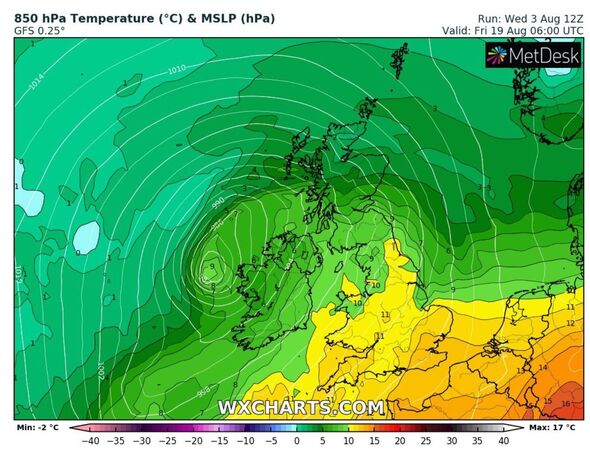 But the north will take the worst with red areas on the map indicating the most significant rainfall.

An area in southern Scotland, above Edinburgh, is highlighted in burgundy, which according to the map’s key could see up to 20mm of rainwater per hour.

A lighter shade of red covers parts of the north east coast from Leeds to Newcastle, before arching around Scotland and some of the Scottish isles.

This shade of red, according to the map key, suggests between five to 10mm of rain per hour may fall. 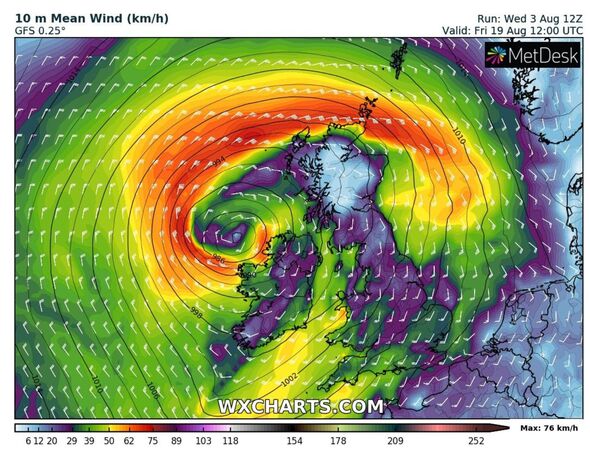 The Met Office’s long range forecast for this time period does claim “unsettled weather” is likely.

It says: “Occasional bouts of more unsettled weather are likely for this period.

“These increase the likelihood of thunderstorms, especially in the south and west.

“Temperatures near normal to warm, but very warm and humid at times in the south.” 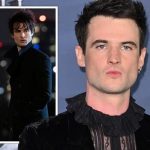 The Sandman bosses pay tribute to Tom Sturridge as number one choice: Hes beautiful
Next Article 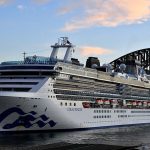