Welcome to this week’s “Just for Variety.”

Heidi Klum may have been one of the most famous models associated with Victoria’s Secret, but she says she turned down an invite to be interviewed for Hulu’s “Victoria’s Secret: Angels and Demons.” “They asked me if I wanted to be part of it,” Klum tells me on this week’s “Just for Variety” podcast. “And I was like, ‘If you’re looking for a negative story, you’re barking up the wrong tree because I had the most wonderful time there.’”

Matt Tyrnauer’s three-episode series paints a picture of Victoria’s Secret as a company that was plagued by wide-spread misogyny and sexual misconduct. It also explores former CEO Les Wexner’s disturbing ties to the late child sex trafficker Jeffrey Epstein. Klum says she watched the first episode but “hardly anyone I knew was on that show,” she says. “I didn’t know who all of those people were.” She describes her experience with the lingerie brand as “the best time ever.”

Of the numerous damning allegations presented in the series, Klum says, “Hearing all these stories pop up to me is mind-blowing when they accuse different people of different things, and I’m like, ‘My gosh, did this really happen?’ I don’t know. So I was always waiting to get more insight, but… it never came. So I never continued watching it.”

I caught up with Klum ahead of the premiere of the new season of “Making the Cut.” She calls her and co-host Tim Gunn’s relationship — which started with “Project Runway” — “amazing.”

Klum knows about rejection from her early days in modeling. “I don’t consider myself as a heavy person, but I was at that time for the industry,” Klum says. “I always had boobs and childbearing hips is what they would say, which yes, they were right. I have birthed four children, so they came in handy after all. But it was fine though, because it made me find a different route for myself. That didn’t change my passion for fashion. I still wanted to be part of the industry. So I just found my spot in it and I just went more the commercial route and I loved it.”

She also remembers her first meeting with Anna Wintour. During the office one-on-one, Wintour didn’t make any eye contact with Klum as she flipped through her look book. However, the young model was then booked for her first and only time in American Vogue with photographer Steven Meisel. Klum says, “I was shocked that she would even want to see me because I was a catalog model.”

Also on this week’s podcast is John Boyega, who stars in “Breaking,” a new thriller based on the true story of a Marine veteran who takes several hostages in a bank after he feels he’s been mistreated by Veterans Affairs. The British actor is in New York promoting the film when we catch up on Zoom; the night before, he took in Broadway’s “MJ: The Musical” for the second time. “I was blessed yesterday because they had a completely different cast,” Boyega says. “I went to go see [star] Myles Frost specifically first, [but] then I wanted to see what their understudies were like because I’m like, ‘How do you understudy that?’ So I followed Myles on Instagram, and I saw that he was going to be taking time off, and I decided to go see it, see what the understudies were like.”

I’m happy to report that Boyega was “thoroughly impressed” by the understudies.

Next up for the “Star Wars” star is “The Woman King” opposite Viola Davis, who personally asked him to come on board the historic action epic. “When Viola Davis’ email came straight into my inbox I nearly froze to death,” he says.

Listen to the full interviews with Klum and Boyega above. You can also find “Just for Variety” wherever you download your favorite podcasts.

I hit the red carpet on Monday for the premiere of Focus Features’ “Honk for Jesus. Save Your Soul.” Sterling K. Brown stars in the mockumentary as a powerful – and very vain — pastor who agrees to be followed by a documentary crew with his wife (Regina Hall) as he tries to reopen his megachurch after closing its doors amid a sex scandal.

In one scene, Brown shows off his extremely muscled physique as he strips down to his underwear during a sermon. “That’s because he was getting baptized!” the actor told me. “I had to cleanse my soul. It was time for a rebirth.”

How many pushups did he do before the scene? “I got with a nutritionist for that one because I knew he cared about his body in a very particular way,” Brown explained. “So I put in a good six weeks of work there. Isn’t that supposed to be for your Marvel film? No, this was for a preacher. I put in the work.”

On Tuesday night, I was on the carpet for the premiere of the third and final season of Apple TV+’s “See.” I talked to Jason Momoa about working with Ben Affleck in “Aquaman and the Lost Kingdom,” his role as a “very sadistic and androgynous” villain in “Fast and Furious 10” and what he was carrying in his pink clutch. Check out the interview below.

SIGHTINGS: Austin Butler celebrating his birthday with girlfriend Kaia Gerber and some friends at Jon & Vinny’s in Los Angeles … “Euphoria” actors Colman Domingo and Lukas Gage chatting at the opening of Soho.Home.Studio Melrose in West Hollywood.

Have you started watching “Echoes,” Netflix’s new bonkers but addictive series about identical twin sisters, both played by Michelle Monaghan? Brian Yorkey, who serves as co-showrunner alongside Quinton Peeples, recently revealed to me he wanted things to get even creepier, but the streamer’s execs put the kibosh on his plans. “There was a moment where the twins kiss,” Yorkey says, adding, “They were like, ‘Why do they kiss?’ It wasn’t so much that they were afraid of it, but they just weren’t sure where it was going. I was like, it’s not really going anywhere. It’s just twisted and the show is twisted.”

Did Monaghan get paid twice for her work? “For the pay question, you’ll have to ask Netflix,” Yorkey says. “But whatever she got paid, it wasn’t enough. Netflix may kill me for saying that but, man, did she work so hard. It’s a huge job being No. 1 for a job on a call sheet for a series — try being No. 1 and No. 2.”

Matt Bomer co-stars as the husband of one of the twins. “He is one of the most brilliant, focused actors,” Yorkey gushes. “We had some brilliant conversations drilling into the script.”

While a second season hasn’t been announced, Yorkey and Peeples are thinking about new storylines. “We were already spinning what could happen in Season 2,” Yorkey says. “When you love something this much, you would love to keep working on it.” 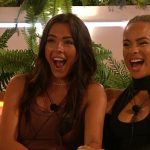 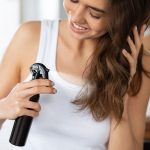