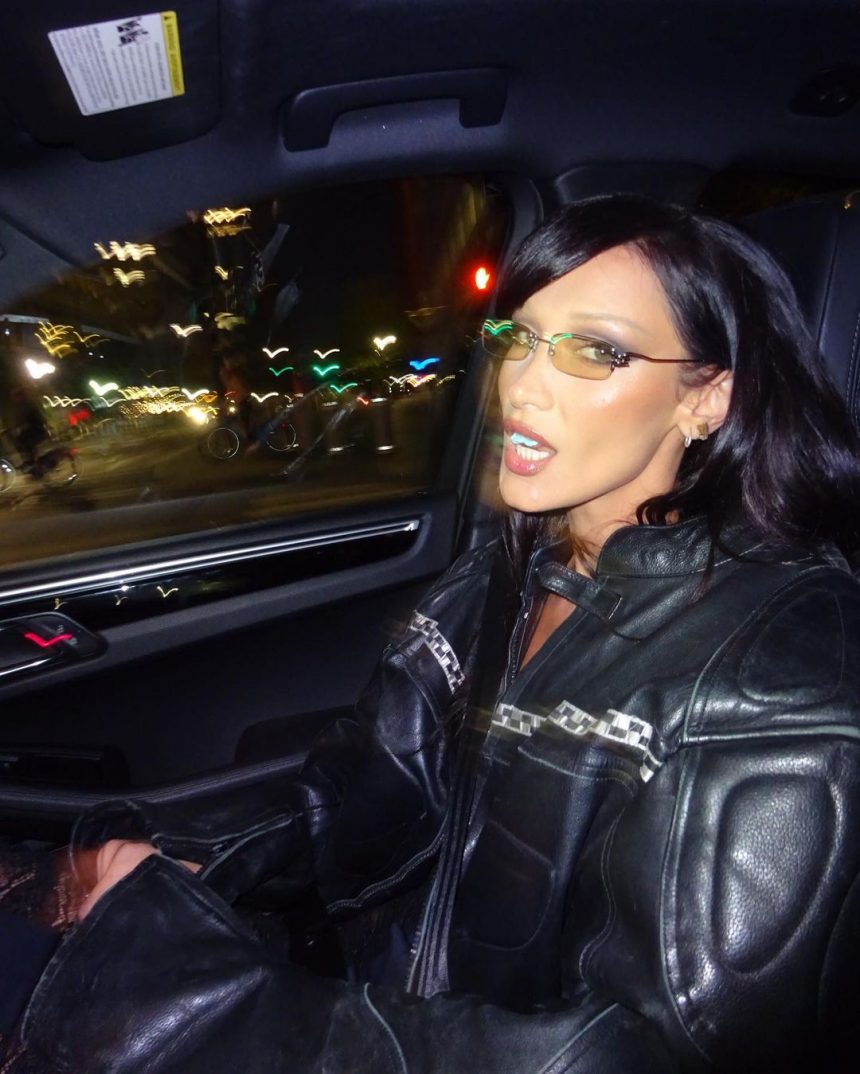 While Hollywood’s most famous faces are considered “perfect,” there are many celebrities who face mental health issues on a daily basis.

From loneliness to panic attacks, mental health problems are becoming more common every year. With everything going on in the world, it seems entirely appropriate to talk about your problems without embarrassment. Which is what celebrities are doing. More and more stars are looking to share their mental health issues to show that it can affect everyone, regardless of social status.

From Zendaya to Lady Gaga, scroll down to see which celebrities have spoken openly about their mental health issues and who even mental health startup did not help.

Bella Hadid once shared a series of nine photos of herself on Instagram with eyes full of tears to show that she cries almost “every day” and “every night.” It turns out the famous model has been struggling with her mental health issues for the past few years.

“This is what almost every day and every night looks like for several years now. For those who are struggling with their issues, please remember, you are not alone. I love you, I see you and I hear you. Self-help for mental illness is always like a roller coaster of obstacles. It rocks from side to side. It took me a long time to realize that. I’ve had enough breakdowns and burnout, but they made me realize: if you work hard enough on yourself, spend time alone to assess your traumas, triggers, joys, you can always learn more about your own pain. And how to deal with it,” shared Bella.

In an interview on “Good Morning America,” Kendall Jenner revealed that she first experienced anxiety symptoms at a very young age.

“I was very, very young, and I remember feeling like I couldn’t breathe. So I ran to my mom and said: “Mom, I feel like I can’t breathe. There must be something wrong,” the girl recounted.

After she was diagnosed with anxiety, her attacks eventually subsided. However, her anxiety re-emerged when her modeling career began to take off.

“Three or four years ago it came back. I had crazy panic attacks,” Jenner said.

In May 2021, Kendall detailed her struggles with anxiety in an online video series. She explained that her anxiety becomes so intense that her body goes numb

“I had times when I felt like I needed to be rushed to the hospital. Because I felt like my heart was failing and I couldn’t breathe. And I needed someone to help me. Sometimes I feel like I’m dying,” the model explained.

Selena Gomez has always been open about her struggles with mental health, especially because it’s a side effect of her ongoing battle with lupus.

“I’m really dealing with my mental health issues. And I want people to know about it. At first I thought it was hopeless, because there were days when I had trouble even getting out of bed,” the girl told People in an interview.

Selena noted that one should not be afraid to ask for help, because it gave her strength and made her stronger. What helps her cope with negative thoughts?

“I go to my room, lie down, drink some water and take a few deep breaths. If I need a friend, I call a friend. If I need my therapist, I call my therapist. It’s important to just take time for myself and be gentle with myself. I know this may sound like bullshit, but it’s true!”

We all know Emma Stone as a cool, calm and collected Hollywood actress, but apparently she has had to do a lot of work to overcome her anxiety and shyness. In a conversation with Rolling Stone, the girl talked about her struggle with anxiety, saying:

“I asked my mom a hundred times a day how our day was going to go. Asked questions: What time is she going to drop me off? Where is she going to wait? What would happen at lunch? I couldn’t go to my friends’ houses anymore – I could barely leave the house to go to school.

Today’s megapopular actress Zendeya has also, like many other celebrities, experienced anxiety attacks.

“I used to struggle with anxiety quite a lot. The attacks only happened when I was singing live, not when I was dancing or doing any other live performances. It had to do with a bad experience I had when I sang on the Ellen DeGeneres show in 2013. I’ve had anxiety ever since. However, I did figure out how to bury my anxiety. I tried to focus my energy on other things, like doing movies. I took my time, slowly getting my confidence back so I could go on stage and sing live again,” Zendeya said.

Known for her secrecy, Dakota Johnson says little about her personal life. But in an interview with American Marie Claire, the actress revealed that she has “struggled with depression since she was a teenager – since she was 15 or 14.”

Johnson revealed that she also suffers from panic attacks. Speaking on The Jimmy Fallon Evening Show, Dakota shared that she had mental health issues while filming Friends Forever (2019).

“It was like a panic attack, which manifested in every possible way…I just rushed to run…I was running in circles and then I started laughing hysterically. And the whole team, “What is she doing?” I was running around, laughing, and then I just froze and cried,” the actress shared.

Talking about her battle with depression, Cyrus thanks her supportive fans for helping her through her latest bout.

“[My fans] know that I struggled with depression, and it helped them get over their depression. And it gives me a reason to wake up in the morning, which is more important than putting on my damn feathers and my little dresses.”

In an interview with the Times, Hailey Bieber talked about how the hate she gets on social media makes her feel “depressed and anxious,” saying:

“Sometimes I feel like it’s too much. If I could take a longer break from social media, I would. But I needed to post stuff for work. From the moment I left social media until the day I came back, I was free.

There are times when I feel overwhelmed and anxious. And most of it happens because of my being on social media. If they weren’t there, we’d have a heavy weight off our shoulders,” she admitted.

Today, Lady Gaga is a force to be reckoned with. But the singer has long struggled with post-traumatic stress disorder stemming from a sexual assault that happened to her when she was 19. During The Today Show, Gaga decided to give separate attention to LGBTQ+ teens, explaining:

“I suffer from PTSD. I’ve never told anyone about it before. But the kindness shown to me by my doctors and my family and my friends has really saved my life. I don’t have the same problems as you, but I do have problems with mental illness.”

In addition to her PTSD diagnosis, Lady Gaga has long struggled with depression.

“I was angry, cynical and had a deep sadness that anchored me down. I didn’t want to fight. I couldn’t stand up for myself anymore. I felt like I was dying – my light had gone out completely. Then I said to myself, “Whatever is left in you, even one little molecule of light, you will find it and make it multiply. You have to do it for yourself. For the sake of your music. You have to do it for your fans and your family.”

Speaking to Allure, Seyfried revealed that she has been taking sedatives for the past 15 years to deal with her OCD:

“I take the lowest dose. And I don’t see the point in giving it up. Whether it’s a placebo or not, I don’t want to risk it. Mental illness is something that people categorize as different from other illnesses, but I don’t think it is. It should be taken as seriously as anything else.”