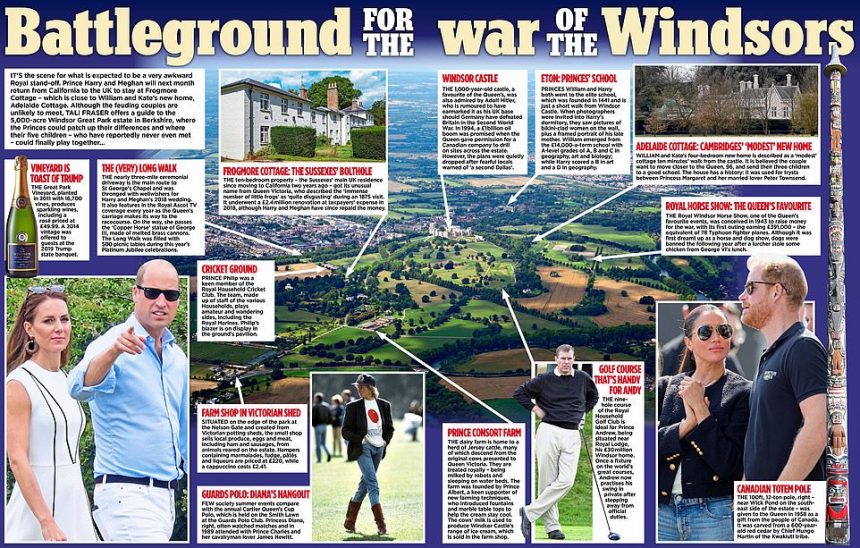 Battleground for the war of the Windsors: Harry and Meghan return to 5,000-acre Windsor Great Park Estate in Berkshire as William and Kate move into their new home

It’s the scene for what is expected to be a very awkward Royal stand-off. Prince Harry and Meghan will next month return from California to the UK to stay at Frogmore Cottage – which is close to William and Kate’s new home, Adelaide Cottage.

Although the feuding couples are unlikely to meet, TALI FRASER offers a guide to the 5,000-acre Windsor Great Park estate in Berkshire, where the Princes could patch up their differences and where their five children – who have reportedly never even met – could finally play together. 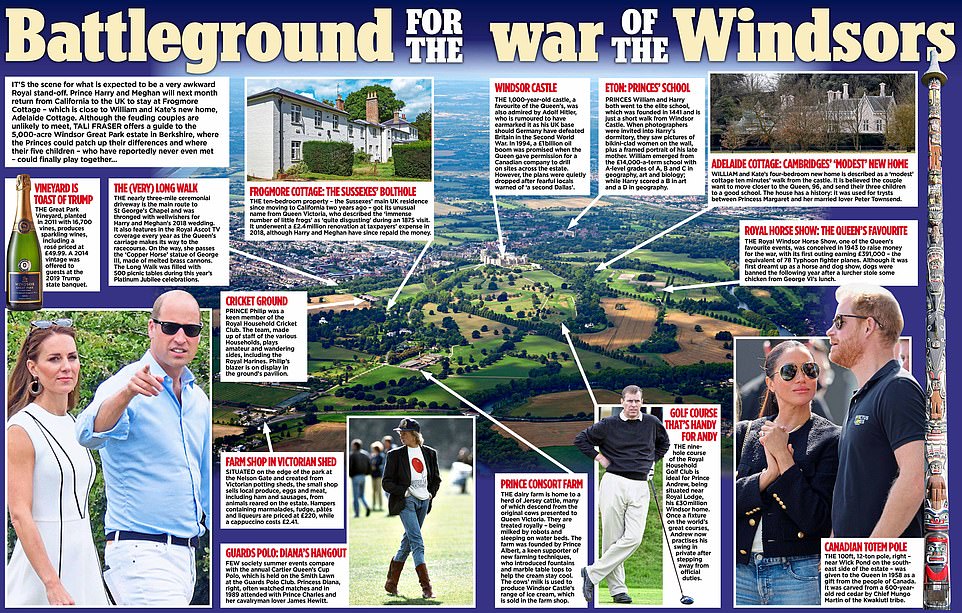 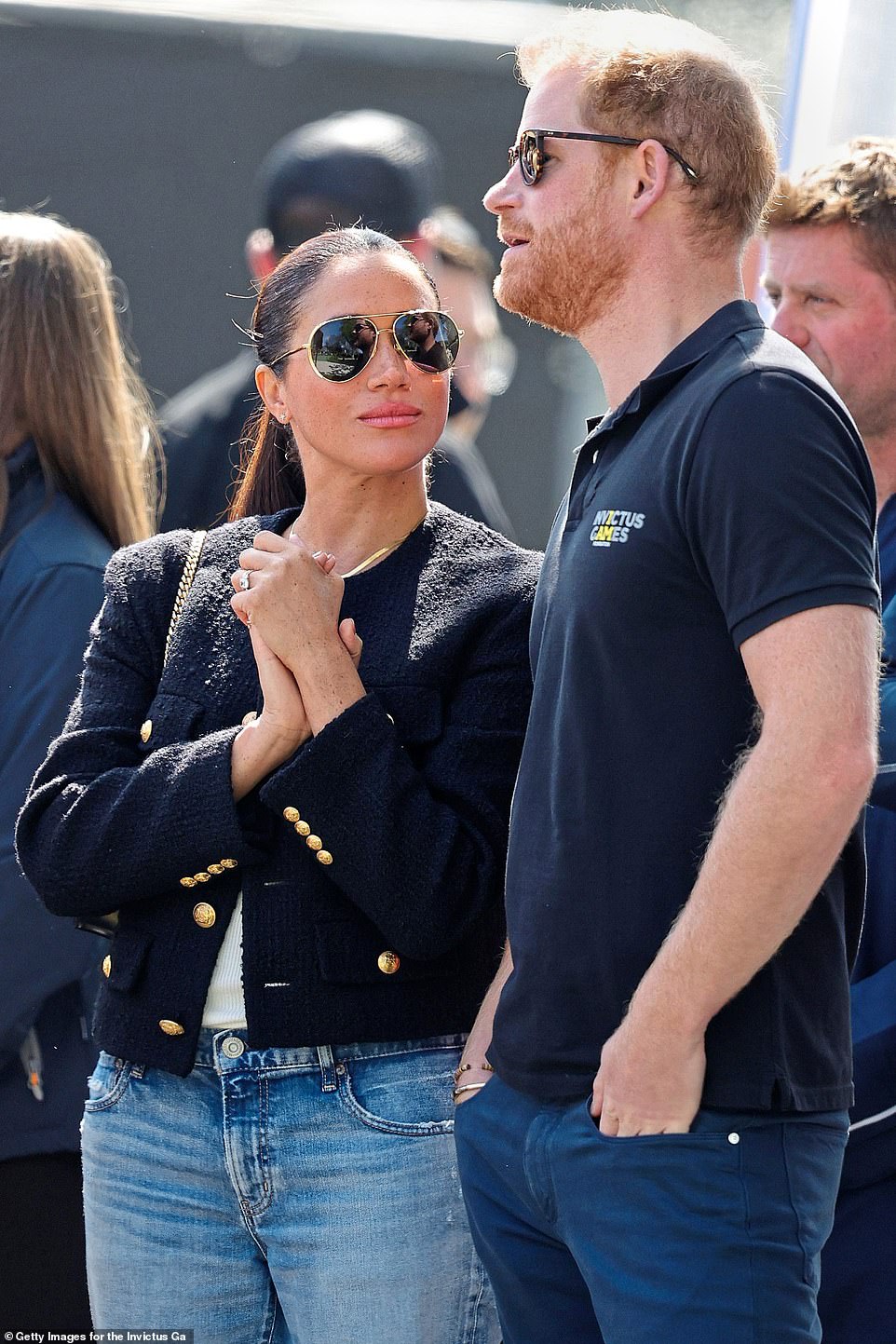 The nearly three-mile ceremonial driveway is the main route to St George’s Chapel and was thronged with wellwishers for Harry and Meghan’s 2018 wedding.

It also features in the Royal Ascot TV coverage every year as the Queen’s carriage makes its way to the racecourse.

On the way, she passes the ‘Copper Horse’ statue of George III, made of melted brass cannons. The Long Walk was filled with 500 picnic tables during this year’s Platinum Jubilee celebrations.

Prince Philip was a keen member of the Royal Household Cricket Club. The team, made up of staff of the various Households, plays amateur and wandering sides, including the Royal Marines. Philip’s blazer is on display in the ground’s pavilion. 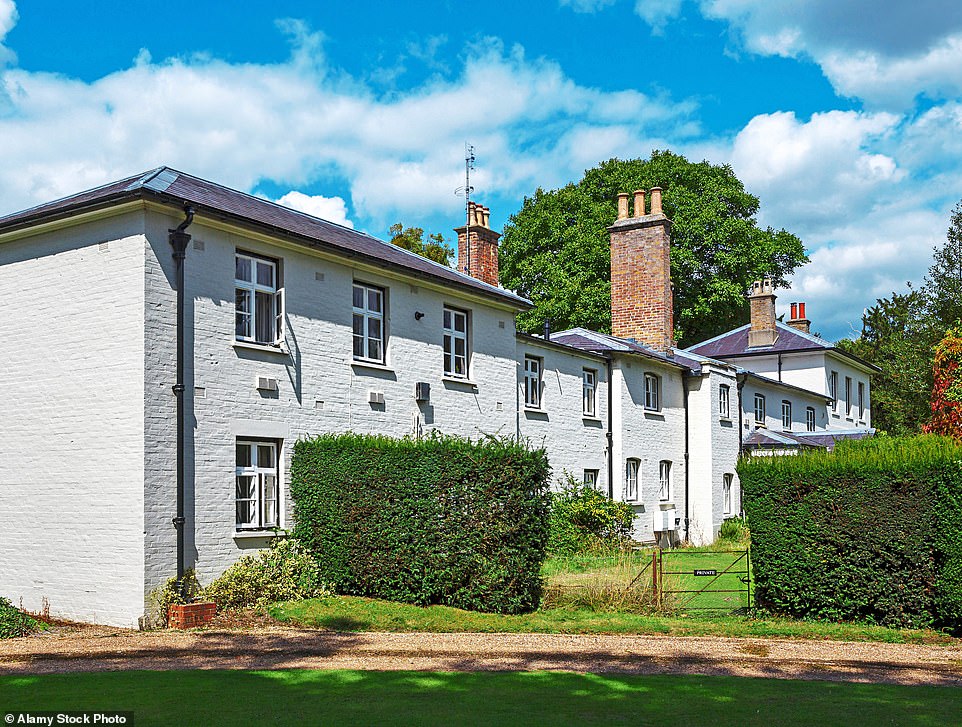 Frogmore Cottage got its name during an 1875 visit by Queen Victoria, who is said to have been disgusted by the number of little frogs running around the area

The ten-bedroom property – the Sussexes’ main UK residence since moving to California two years ago – got its unusual name from Queen Victoria, who described the ‘immense number of little frogs’ as ‘quite disgusting’ during an 1875 visit.

It underwent a £2.4 million renovation at taxpayers’ expense in 2018, although Harry and Meghan have since repaid the money.

Situated on the edge of the park at the Nelson Gate and created from Victorian potting sheds, the small shop sells local produce, eggs and meat, including ham and sausages, from animals reared on the estate.

Hampers containing marmalades, fudge, pâtés and liqueurs are priced at £220, while a cappuccino costs £2.41.

The dairy farm is home to a herd of Jersey cattle, many of which descend from the original cows presented to Queen Victoria.

They are treated royally – being milked by robots and sleeping on water beds. The farm was founded by Prince Albert, a keen supporter of new farming techniques, who introduced fountains and marble table tops to help the cream stay cool.

The cows’ milk is used to produce Windsor Castle’s range of ice cream, which is sold in the farm shop. 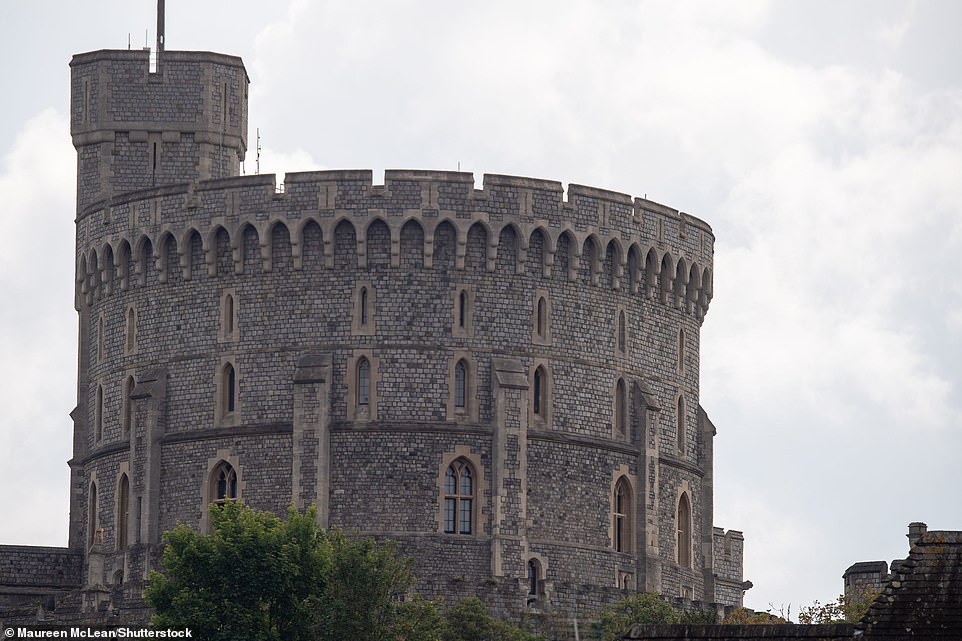 Windsor Castle is said to be the Queen’s favourite residence, and is believed to have been coveted by Adolf Hitler as his UK base

The 1,000-year-old castle, a favourite of the Queen’s, was also admired by Adolf Hitler, who is rumoured to have earmarked it as his UK base should Germany have defeated Britain in the Second World War.

In 1994, a £1 billion oil boom was promised when the Queen gave permission for a Canadian company to drill on sites across the estate. However, the plans were quietly dropped after fearful locals warned of ‘a second Dallas’. 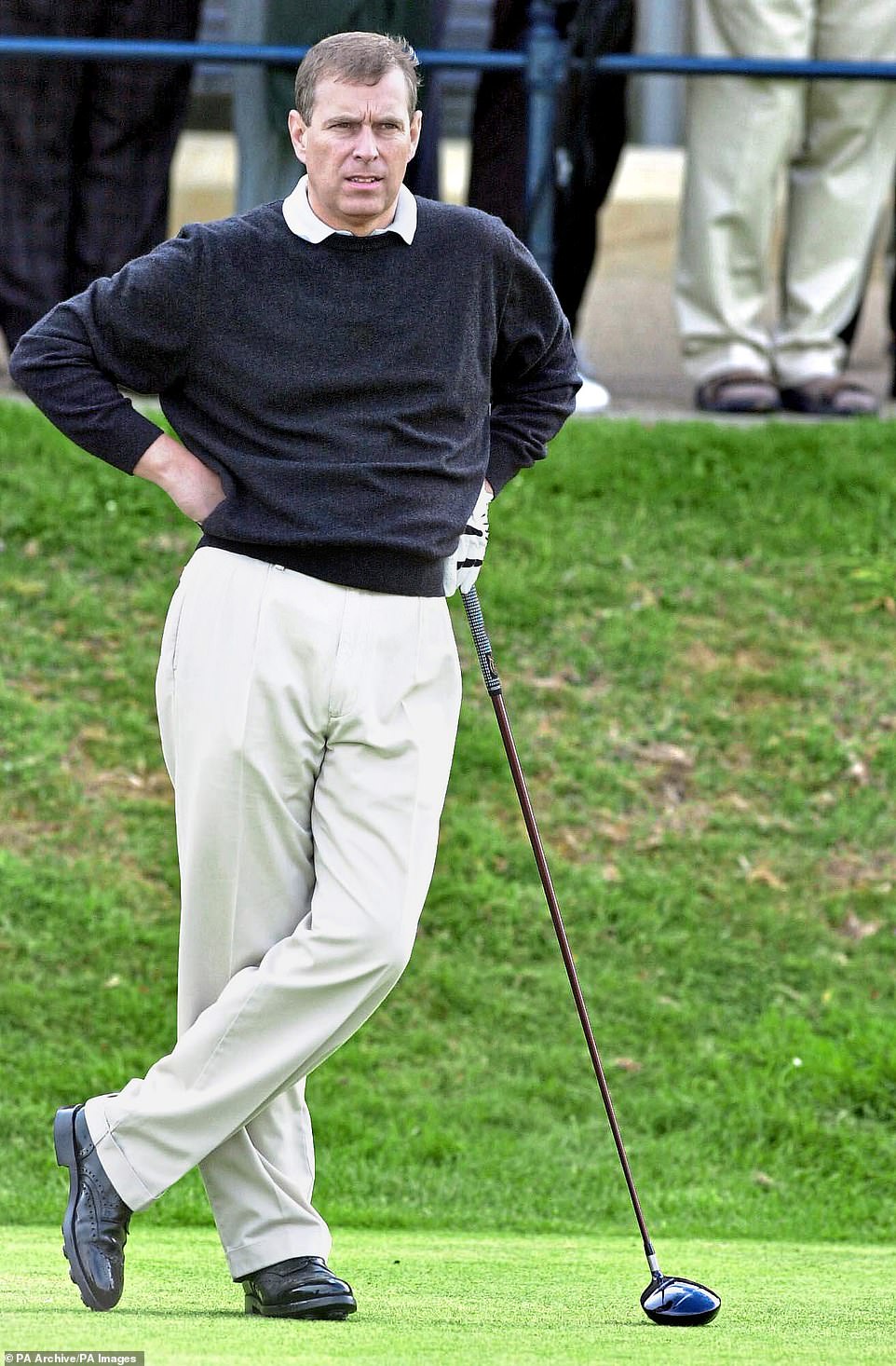 The nine-hole golf course is convenient for disgraced royal Prince Andrew, who has stepped away from the world’s great courses since the scandal over his friendship with paedophile Jeffrey Epstein

The nine-hole course of the Royal Household Golf Club is ideal for Prince Andrew, being situated near Royal Lodge, his £30million Windsor home.

Once a fixture on the world’s great courses, Andrew now practices his swing in private after stepping away from official duties. 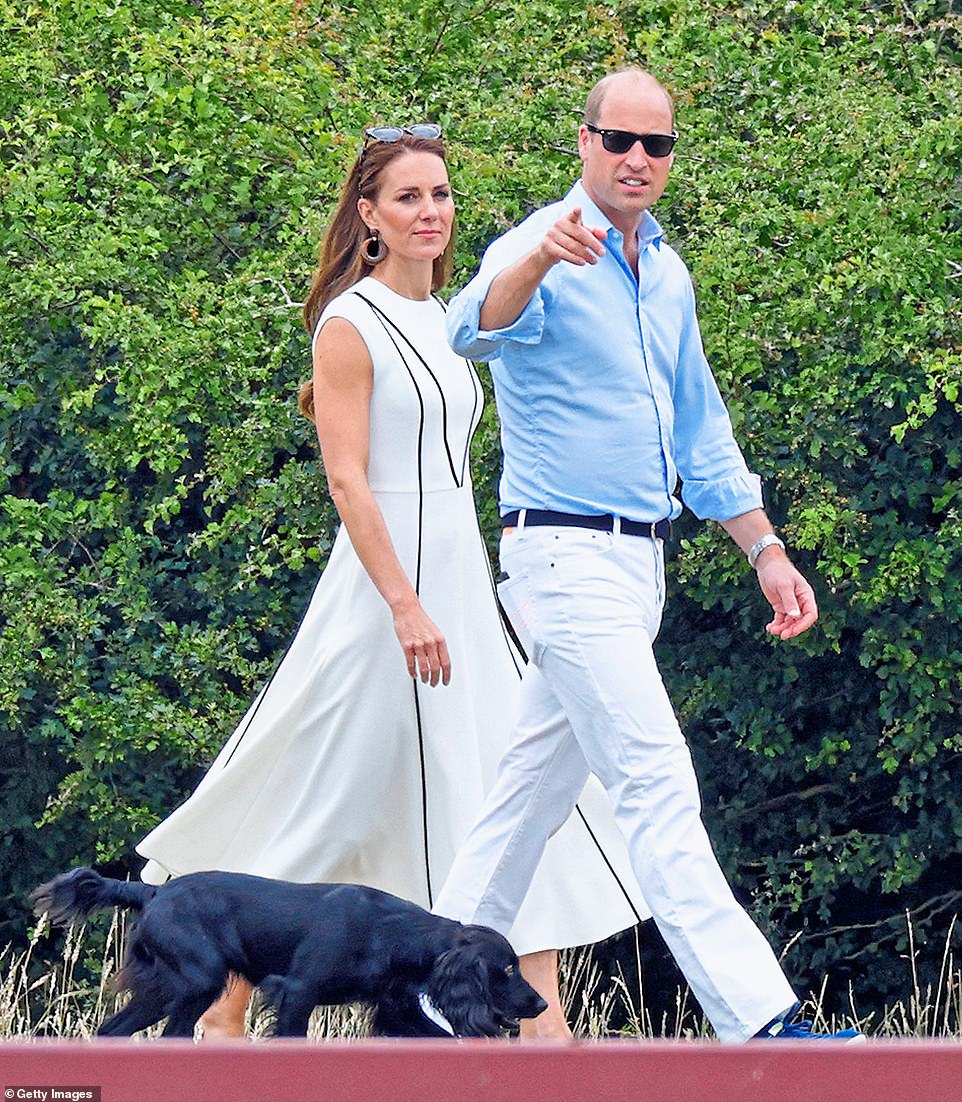 Prince William (right) and his brother Prince Harry both went to the prestigious independent school Eton, with William out-performing his brother in their A-Levels

Princes William and Harry both went to the elite school, which was founded in 1441 and is just a short walk from Windsor Castle.

When photographers were invited into Harry’s dormitory, they saw pictures of bikini-clad women on the wall, plus a framed portrait of his late mother.

William emerged from the £14,000-a-term school with A-level grades of A, B and C in geography, art and biology; while Harry scored a B in art and a D in geography. 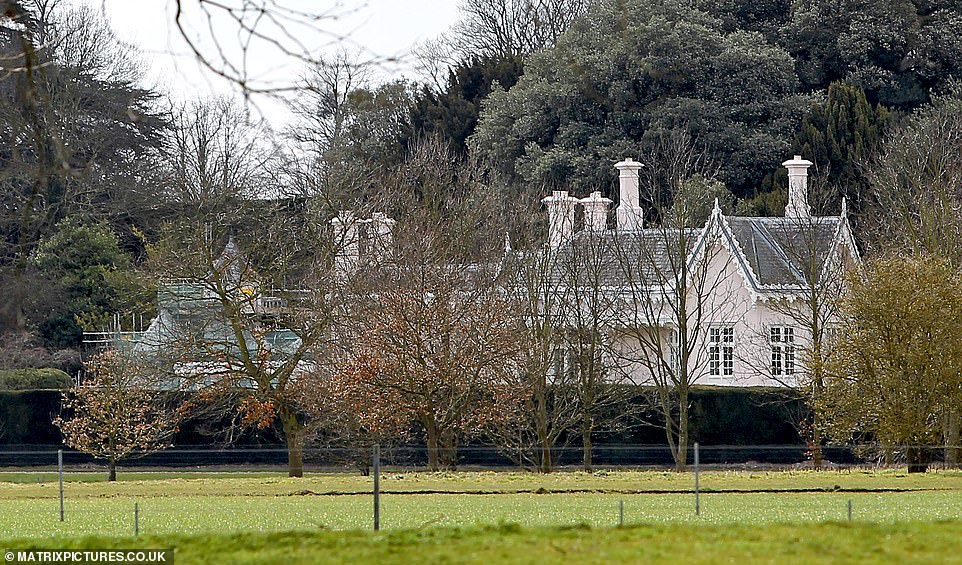 William and Kate reportedly want to move closer to the Queen, 96, and send their three children to a good school in the area

William and Kate’s four-bedroom new home is described as a ‘modest’ cottage ten minutes’ walk from the castle.

It is believed the couple want to move closer to the Queen, 96, and send their three children to a good school. The house has a history: it was used for trysts between Princess Margaret and her married lover Peter Townsend

The Royal Windsor Horse Show, one of the Queen’s favourite events, was conceived in 1943 to raise money for the war, with its first outing earning £391,000 – the equivalent of 78 Typhoon fighter planes.

Although it was first dreamt up as a horse and dog show, dogs were banned the following year after a lurcher stole some chicken from George VI’s lunch.

Few society summer events compare with the annual Cartier Queen’s Cup Polo, which is held on the Smith Lawn at the Guards Polo Club.

The totem pole was given to the Queen as a gift from the Canadian people. It is 100ft tall and weights a huge 12 tons

It was carved from a 600-yearold red cedar by Chief Mungo Martin of the Kwakiutl tribe.

Vineyard is toast of Trump 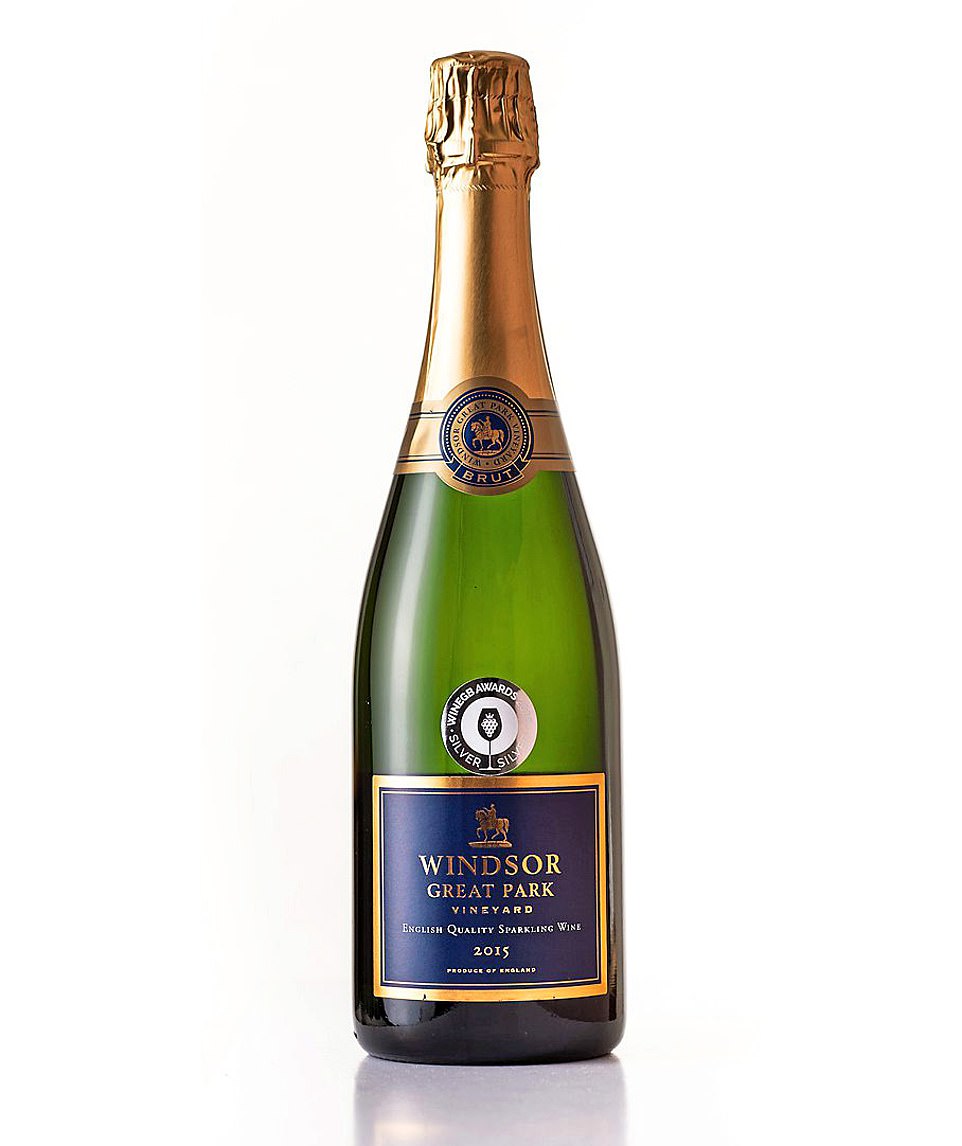 The Windsor estate is home to an impressive vineyard that produces English sparkling wines, including ones that were served to ex-US president Donald Trump

The post Battleground for the war of the Windsors: Harry and Meghan return appeared first on celebritynewsapp.com. 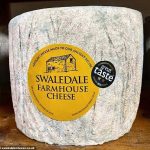 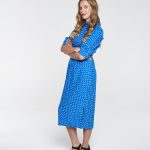