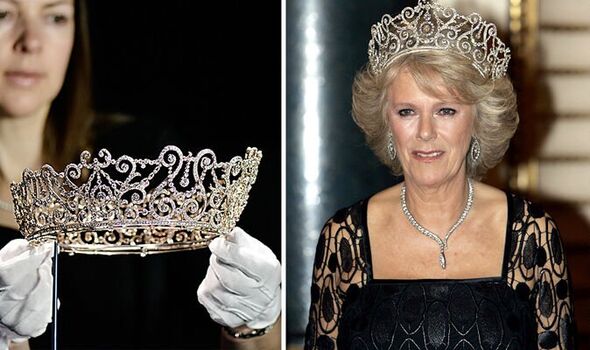 Since Camilla, Duchess of Cornwall married Prince Charles in 2005, she has had access to an enviable selection of royal jewellery. As a working royal, she often borrows a tiara from the Queen when attending a state banquet or a reception. And one truly head-turning diadem Camilla adores is the Delhi Durbar Tiara.

At more than 100 years old, the Delhi Durbar Tiara is a grand piece that once belonged to the Queen’s paternal grandmother, Queen Mary.

Queen Mary had it made especially for her trip to India in 1911 as she could not take the Imperial State Crown Jewels out of the country.

The Delhi Durbar marked the succession of King George V and Queen Mary as Emperor and Empress of India.

According to the Royal Collection Trust, the tiara was “originally surmounted by 10 large emeralds to match the suite of diamond and emerald jewellery which Queen Mary had made to wear at the Delhi Durbar.” 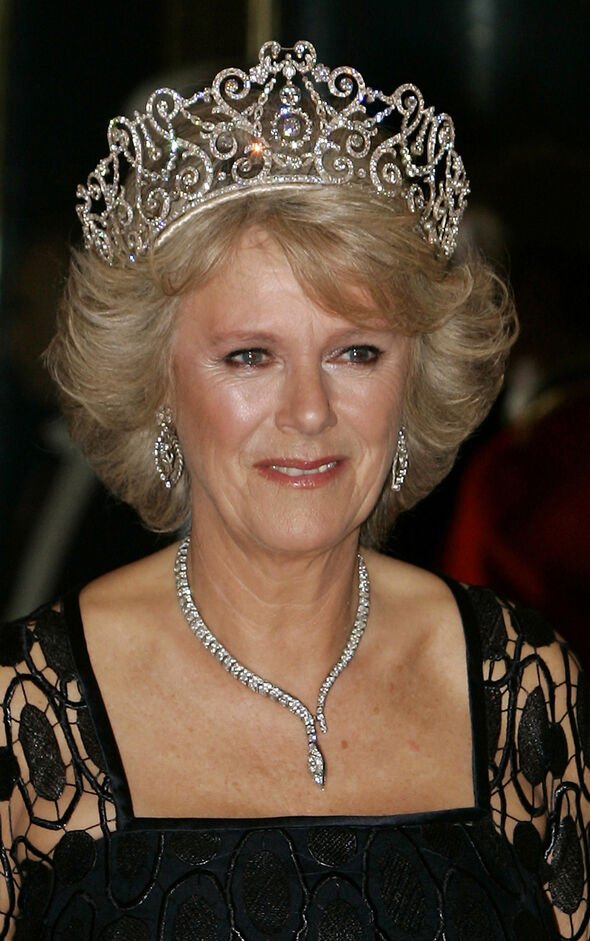 The Cullinan Diamonds that were also once incorporated into the tiara are now worn as a brooch commonly known as ‘Granny’s Chips’.

The Queen fittingly wore the stones cut from the approximately 3,000-carat Cullinan Diamond for her Diamond Jubilee balcony appearance in 2012.

The Delhi Durbar Tiara has passed down the royal generations and after Queen Mary, the tiara was worn by Queen Elizabeth, The Queen Mother.

While the current Queen tends to lean towards other styles, the Delhi Durbar Tiara has made a few appearances in recent years on the head of Camilla, Duchess of Cornwall. 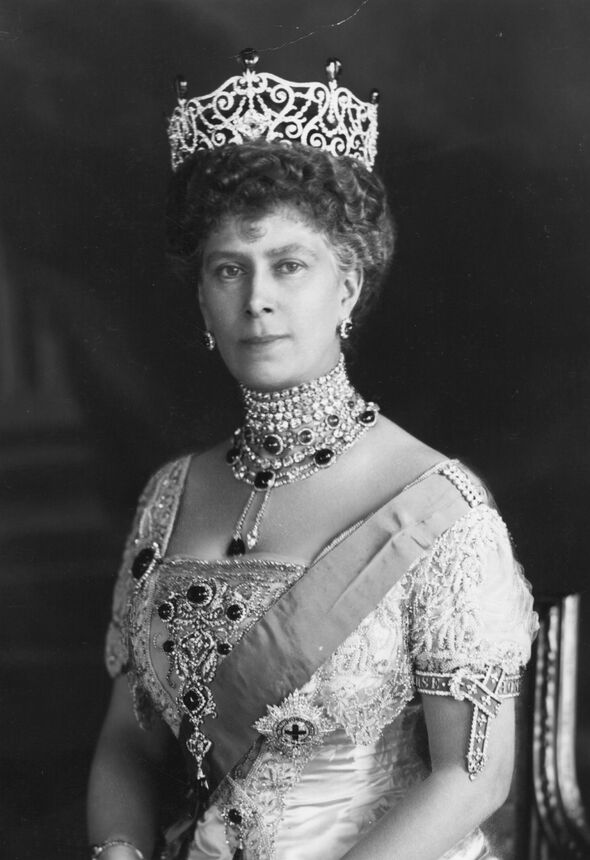 With the Duchess famed for her love of magnificent headwear, the grand elements of the Delhi Durbar Tiara in particular may have appealed to her.

The Delhi Durbar Tiara is comprised of elaborate scrollwork, and it is adorned with a multitude of glistening diamonds.

According to the experts at Diamondsbyme, the tiara is worth an estimated £8.5million and it is “one of the largest” tiaras in the royal collection. 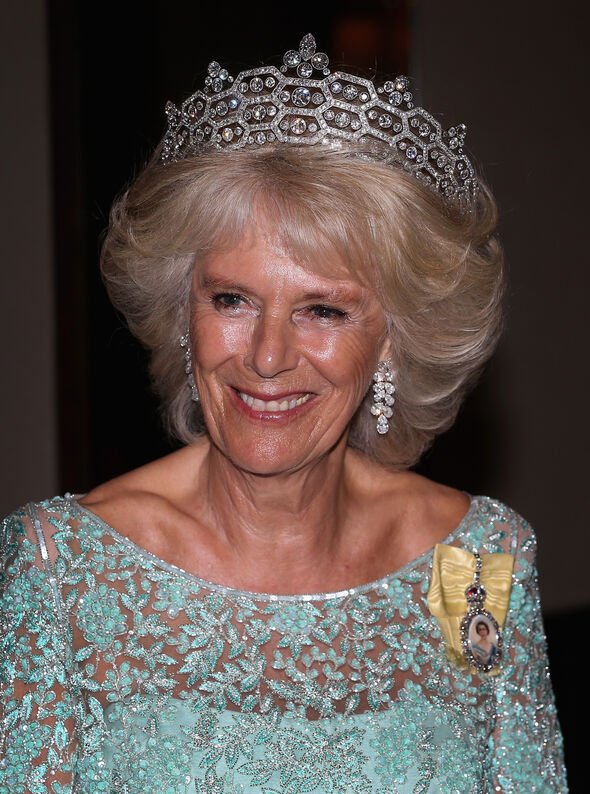 Another tiara Camilla has been pictured wearing from the royal vaults is the Greville Tiara.

Also a tall diadem, the Greville Tiara is thought to be on a long-term loan to the Duchess of Cornwall.

The Greville Tiara was created by Boucheron in 1921 for Margaret Greville, who left her extensive jewellery collection to the Queen Mother when she died.

When she is Queen Consort, Camilla will likely wear other tiaras from the royal collection too. 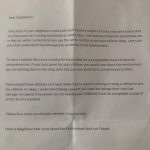 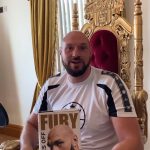