Little is known about the origins of billiards, other than that it is now one of the popular games. Nevertheless, behind the history of the game, it is worth mentioning the regular participation of women in it.

Its invention is attributed to many countries, including France, England, China, Italy, and even Spain. Still, not much is known about cue’s origins other than its modern dynamics and the stories that remain in the key of memoirs. and hobby about it: cue was a noble game, and that’s because it was played by high and low classes, at least since the 15th century. It probably originated from a lawn game similar to croquet that was once played in Northern Europe and probably also in France in the Middle Ages. The term billiards comes from the French word for either “billart”, which stands for wooden stick, or “bill”, which stands for the ball. A green cloth imitating grass was placed on a wooden table with a flat edge to bring the game indoors. At the time, balls were pushed rather than hit with wooden sticks called “clubs”.

The first known table was commissioned by Louis XI, King of France, from carpenter Henri de Vigneux in 1469. By 1600 the game had become so popular that Shakespeare mentioned it in Antony and Cleopatra. Seventy-five years later, the first book of billiards rules said of England that there were “several prominent towns in which there was no public billiard table”.

Between the 1700s and 1800s, according to ‘The Encyclopaedia of Billiards: An Illustrated History of the Sport’, billiard tables were built like veritable masterpieces of sculpture. Displayed in large halls, they were admired by the elite, but curiously enough, they began to multiply for public use.

A drawing of “Ladies and Gentlemen Playing Billiards” by Johann Esaias Nielson in 1756 shows that women were common around these tables at the time, although they still used a hammer, while men had already moved on to the so-called cue for putting. balls. By the 20th century, history had taken a turn for the worse. Women were gradually being excluded from games in a last-ditch attempt to find the male social order. Entertainment could not be for them, perpetual housewives. By the 1920s, however, billiard rooms and the women in them were already very popular in Tokyo.

It was there, in the great Japanese city, that Masako Katsura was born on 7 March 1913. Little Katsura didn’t know it yet, and it took 12 years, but the events of her life were about to take her to the top of the world, the podium of the sport.

It was 1952, and the fact that a woman wanted to spend hours and hours in pool halls full of smoke and men seemed strange, but the strange thing was that she couldn’t do it.

Katsura was 15 when she won the Japanese women’s championship, and her hand movements, unusual for a novice, caught the eye of reigning Japanese champion Kinrei Matsuyama. Matsuyama became her coach.

Katsuya’s journey to the United States began in 1948 when he met Vernon Greenleaf, a sergeant major in the United States Air Force. Two years later they married, and in late 1951 they moved together to Mather Air Force Base near Sacramento, California. There she was taken in by six-time three-pillow billiards champion Welker Cochran. He wasn’t the only one who wanted to meet her, as there wasn’t a single military man returning from Japan after the war who didn’t talk about her.

In the 1950s Masako Katsura competed in tournaments and exhibitions in the USA, playing her last match in 1961 against Harold Vorst, the reigning world champion. She lost six of her seven matches and retired without too much fuss.

Soon afterward she joined the new Professional Women’s Billiards Association: its very existence is a testament to what Masako Katsura has done for women in the sport.

Nicknamed the First Lady of Billiards, her last appearance was in 1976. Masako appeared in a San Francisco billiard room, took the cue, and scored 100 points. Then it put down the cue and disappeared again. That same year, two years after his death, the Congressional Billiard Hall of Fame placed McGennis’ name on its list of most distinguished members.

Thank you “Katsy”. We bow to your contribution and honor your tenacity.

My house was raided by Boris Johnson at 6am – I thought I was dreaming, it’s thrown my whole day off | The Sun
Next Article 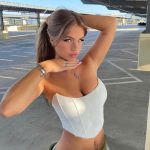