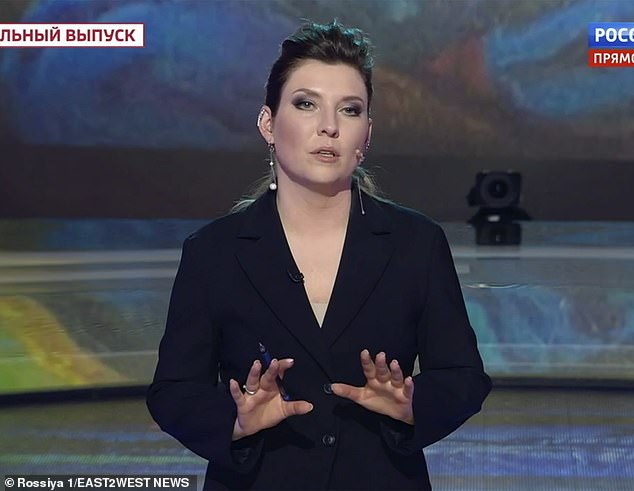 Putin’s ‘Iron Doll’: How Russia wheels out doom-mongering ‘monster’ TV host Olga Skabeyeva, 37, and her Kremlin-stooge husband to issue dire warnings of WW3 and threats against the West

Among the prominent Russian television personalities pushing Vladimir Putin’s propaganda about his on-going invasion of Ukraine, one in particularly has caught the attention of media watchers.

Even before the war began Putin’s ‘Iron Doll’ Olga Skabeyeva was regularly spouting wild pro-Kremlin rants which have only intensified since Russian troops crossed into Ukraine on February 24.

Along with her husband Yevgeny Popov, she has spread baseless conspiracy theories, overstated Moscow’s war successes, parroted Kremlin lies about ‘Nazis’ in Ukraine, and issued dire warnings of World War Three and threats against the West.

As a result, she has been branded a ‘monster’ by commentators, with other analysts suggesting her sabre-rattling rhetoric has marked a shift in the Kremlin’s tone.

In her most recent appearance, the 37-year-old mother joined other Putin propagandists on Russia1’s ‘Evening Vladimir Solovyov’, where they gloated over the death sentences handed to two Britons fighting in Ukraine.

The panel callously laughed at the prospect of the pair being shot while accusing the British government of doing ‘nothing’ to help them.

In her own segment, Skabeyeva accused the British Foreign Office of being unsure how to help Aiden Aslin, 28, and Shaun Pinner, 48, who were sentenced to death by firing squad last week by a rogue court in the ‘Donetsk People’s Republic’.

She specifically mocked Foreign Secretary Liz Truss, a favourite target of Russian state media, after she spoke out last week to condemn the sentences which she said had ‘absolutely no legitimacy’.

‘London aims to work on freeing Pinner and Aslin, but they don’t know how to do it,’ Skabeyeva told viewers.

‘Liz Truss, the head of the Foreign Office, called the sentence illegal and promised to pull the Englishmen out – and do it via Kyiv. Good luck, Liz,’ she mocked.

But this was not the first time Skabeyeva has shamelessly shilled for Putin and parroted the Kremlin party line on Russian television.

In fact, she has made a career out of it. In doing so she has carved out her own fame and fortune in Russia and with her husband – another Putin mouthpiece – hosts the 60 Minutes social and political talk show on Russia-1.

Born in 1984 under the Soviet Union, Skabeyeva went on to study journalism at the Faculty of Journalism at Saint Petersburg State University from which she graduated with honours in 2008.

Her career began at a local newspaper, and she made a name for herself in 2012 and 2013 for her coverage of the Pussy Riot trials, the parallel anti-government rallies and subsequent criminal investigation into Russian opposition supporters.

Skabeyeva’s damning reports into the anti-government rallies got her noticed by TV critics, with one describing her as Russian state TV’s ‘special operation forces’. A blogger known only as ‘Interviewer’ christened her the ‘Iron doll of Putin’s TV’.

The blogger described her as having ‘metal in her eyes and iron in her voice’ and said she ‘exposes all the wretchedness of the March against scoundrels and the vile self-interest of its organizers’. 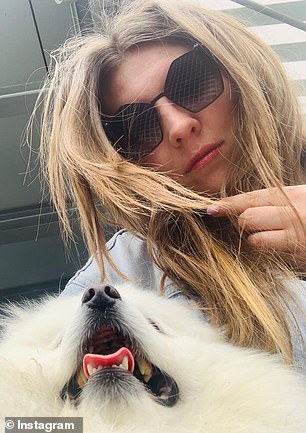 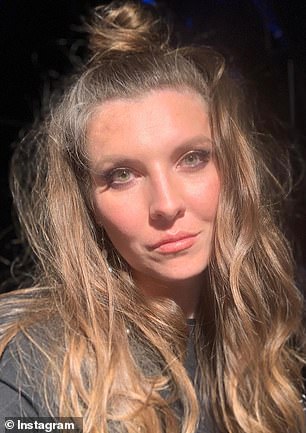 Skabeyeva has spread baseless conspiracy theories, overstated Moscow’s war successes, parroted Kremlin lies about Nazis in Ukraine, and issued dire warnings of World War Three and threats against the West. As a result, she has been branded a ‘monster’ by commentators 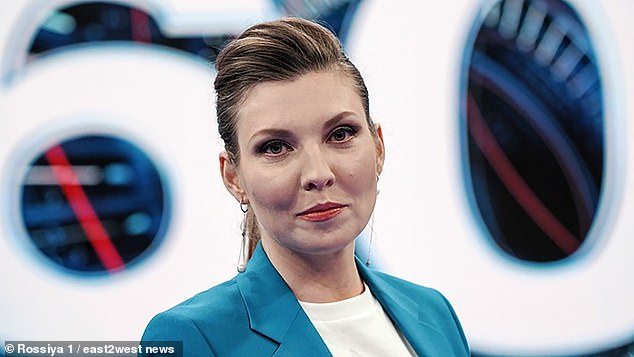 Born in 1984 under the Soviet Union, Skabeyeva went on to study journalism. She first worked at a local newspaper, but quickly rose to prominence and has hosted her own political talk show – 60 Minutes – with her husband since 2016

Later, in 2018, Skabeyeva was involved in efforts to discredit the British investigation into the poisoning of Sergei and Yulia Skripal by Novichok nerve agent in the English city of Salisbury.

Sergei Skripal was a former Russian military officer and double agent for the British intelligence agencies, and it is widely accepted that Russian agents were commanded to assassinate him on British soul.

British authorities identifying two Russian suspects as being behind the poisoning which also resulted in the death of British woman Dawn Sturgess.

Despite this, Skabeyeva’s television programme maintained that the case was ‘an elaborate British plot to smear Russia’.

In one bizarre and homophobic report about gay marriage in the UK and France, Skabeyeva falsely told viewers that 40 percent of children in the country raised by same-sex parents ‘have venereal diseases’.

Her TV show 60 Minutes, which she has hosted with her husband Popov since 2016, has made other similarly outlandish claims. 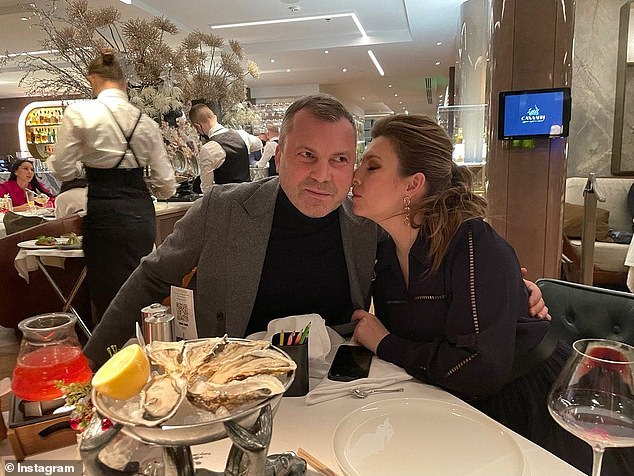 It is unclear when exactly Skabeyeva met and married husband Popov (pictured together in an Instagram post), but they now rank among Russia’s richest propagandists with a combined fortune of more than 300 million roubles ($4 million) 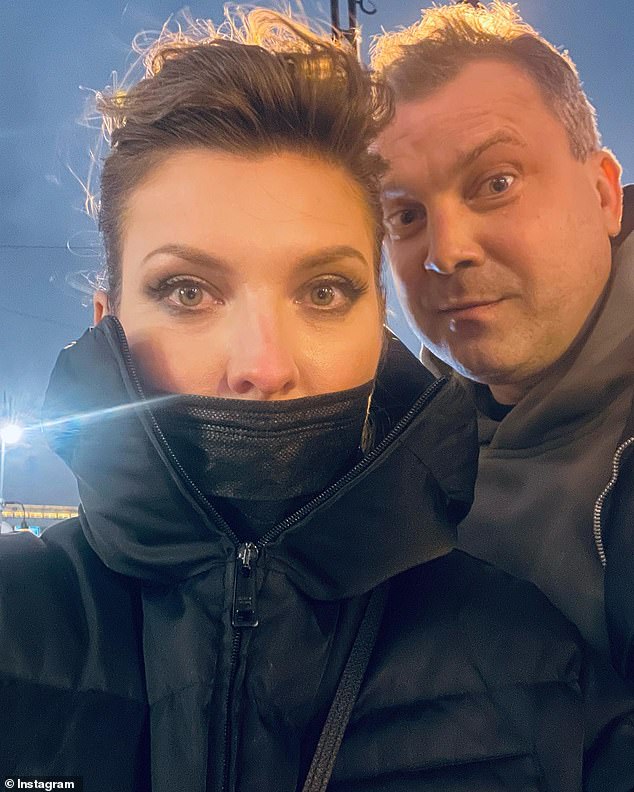 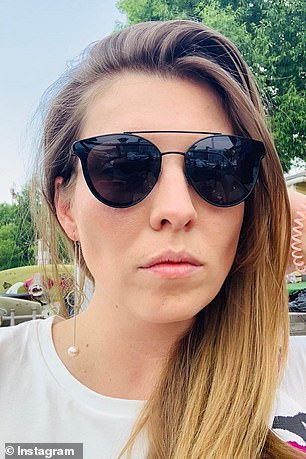 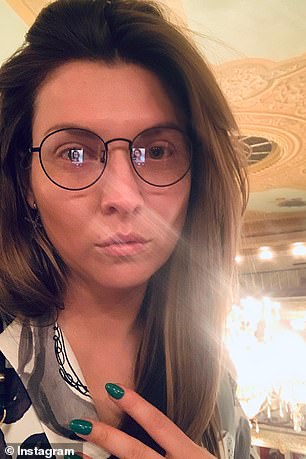 A blogger once described Olga Skabeyeva (pictured as as having ‘metal in her eyes and iron in her voice’ and said she ‘exposes all the wretchedness of the March against scoundrels and the vile self-interest of its organizers’, in reference to her reporting on anti-Russian protests

As one of Putin’s most prominent propagandists, Olga Skabeyeva has made several outrageous and false claims during her time working in Russian media. Here are some examples:

The programme has alleged that Malaysian Airlines flight MH17 – widely understood to have been shot down by a Buk surface-to-air missile launched from pro-Russian separatist-controlled territory in Ukraine – was actually destroyed by a Ukrainian jet.

It has also claimed that genocide has been carried out in Ukraine’s eastern Donbas region against Russian speakers – a lie that the Kremlin has more recently pushed in order to justify Putin’s brutal and illegal invasion.

Their 60 Minutes show has also called Ukraine’s pro-Western government, which came to power in 2014 after a revolution, as being ‘fascist’.

It is unclear when exactly Skabeyeva met and married husband Popov, but they now rank among Russia’s richest propagandists with a combined fortune of more than 300 million roubles ($4 million).

Their fortune was unveiled in an investigation carried out the Anti-Corruption Foundation (FBK) – founded by Russian jailed opposition leader Alexei Navalny.

According to Russian investigative outlet The Insider, she is said to earn 12.8 million roubles per year, while Popov earns 12.9 million. Their only reported source of income is from a state-owned Russian media company and its Russia1 subsidiary.

Therefore, their vast wealth is otherwise unexplained. The couple reacted angrily to the report, denying that they were paid as much as was reported.

Skabeyeva has really been thrust into the limelight following Putin’s invasion of Ukraine, which has seen Russia1 and 60 Minutes ratchet up the propaganda as Moscow’s war, that was meant to last a matter of days, has stretched on for months. 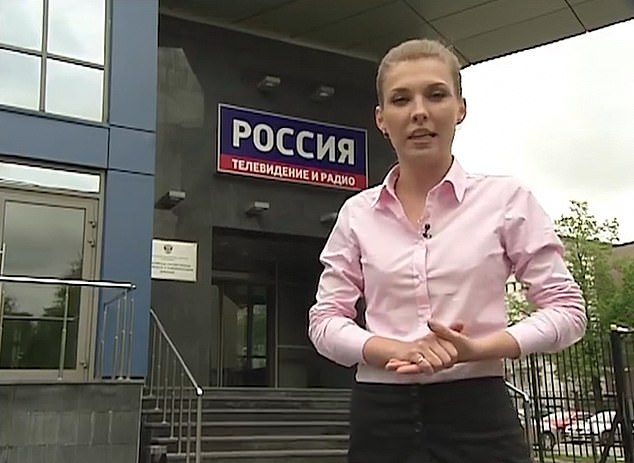 Pictured: Skabeyeva is seen in her early reporting days on Russian state TV, speaking in front of offices sporting the Russia1 logo behind her

She has called Putin’s invasion an effort to ‘to protect people in Donbas from a Nazi regime’ and said that the decision to send Moscow’s forces into the country was ‘without exaggeration, a crucial junction in history.’

In the wake of Ukraine sinking Russia’s Black Sea flagship the Moskva – a missile cruiser that sent shockwaves through Moscow when it sank – Skabeyeva said: ‘One can safely call what it has escalated into World War Three. That’s absolutely for sure.’

Speaking to Insider, Russian media researcher Vasily Gatov called Skabeyeva a ‘monster’. Alongside her husband, Gatov said she has a storied history of being a ‘chauvinistic, patriotic, pro-government, non-critical, clearly scandalous’ figure.

Sarah Oates, a professor at the University of Maryland’s Philip Merrill College of Journalism, told the publication that her World War Three comments represented a noticeable shift in tone for Putin’s propagandists.

Oates said that while Propaganda does not tell the truth, it does offer a window into what the distributer – in this case the Kremlin – wants.

Skabeyeva calling the sinking of the Moskva the start of World War Three was no accident, Oates told Insider.

‘This moment shows a shift in acceptable state rhetoric, because she’s a mouthpiece for the state. Anything she says is reflective of the official Kremlin line,’ she said. 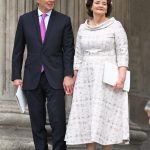 Why is Tony Blair being knighted? | The Sun
Next Article 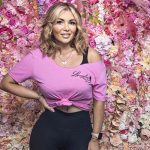