It is a truism that Mikhail Sergeyevich Gorbachev, the man who will go down in history as the last leader of the USSR, spent many years more celebrated abroad than he was at home.

When I arrived in Moscow in early January 1992 as the ABC TV correspondent, he was already a greatly diminished figure on the domestic political stage, overshadowed by the flamboyant Russian President Boris Yeltsin.

Yeltsin, of course, had stared down the hard-line communist recidivists who’d spearheaded a coup attempt against Gorbachev five months earlier, his most iconic moment coming on August 19, 1991, when he’d climbed onto a tank outside the Russian parliament to rally resistance against the plotters.

Mikhail Gorbachev Boris Yeltsin at an extraordinary session of the RSFSR Supreme Soviet, shortly before it collapsed in August 1991.Credit:AFP

With the defeat and arrest of the coup’s architects, Gorbachev, who’d been confined in a holiday dacha in the Crimea while the coup attempt was underway, was able to return to Moscow and resume his position as Soviet president.

But he had really only one chief task remaining: to preside over the USSR’s official dissolution, completing the process with his own resignation as Soviet President on December 25, 1991.

Thus ended an entity – the Union of Soviet Socialist Republics – that had been in existence for 70 years. Gorbachev became that most unlikely of leaders – an emperor (of sorts) bowing to the inevitable and hastening the end of his own empire.

Under Gorbachev, two Russian words entered the west’s vocabulary in the late 1980s: perestroika (a stepwise move away from a centralised economy and polity) and glasnost ( openness). Both were well-intentioned reform measures, at first widely welcomed inside Russia and certainly hailed beyond the country’s borders.

They aimed to prise economic levers and political control from the vice-like grip of the Communist Party, providing opportunities for the new political forces emerging from the shadows of one-party rule.

Inside Russia however the economic reforms would come to be seen as failing on their promise for ordinary people. Too often Gorbachev would change tack, move in one direction, then backtrack a few steps, seeking to appease the critics or reconcile the irreconcilable forces which he had unleashed. Hardliners were alienated, progressives were disappointed.

But by the time Gorbachev stepped down in December 1991, he was a towering hero in Western eyes. He had lifted the so-called Iron Curtain, returning freedom of destiny to the countries of Eastern Europe that had previously been under Moscow’s yoke.

He had eased nuclear tensions with the west, presided over the end of the Cold War, enabled the reunification of East and West Germany, ended Russia’s disastrous invasion of Afghanistan, and created the conditions which allowed the 15 former Soviet republics to take their separate paths.

But the abrupt sundering of the Soviet empire had a cost too. The security and intelligence establishments and former party apparatchiks who had been the greatest beneficiaries of the old system simmered in resentment at the loss of empire, prestige and status – a phonemenon I would be witness to as it grew through the early ′90s.

From within their ranks would come the rekindling of authoritarian rule under Vladimir Putin, now six months into his bloody efforts to reclaim portions of the old Soviet empire from a staunchly independent Ukraine.

Gorbachev has an unshakeable place in history, one of those rare figures who fundamentally re-shaped the geopolitics of their time to the betterment of many. It is sobering to recall however that when Gorbachev ran for the post of Russian president in 1996, he received less than 1 per cent of the vote, so far had his stocks fallen inside his own country.

Perhaps it was his private tragedy to have lived long enough to see how curdled his dream of a more benign, open and outward-looking Russia had become.

The post Gorbachev: the leader who presided over the end of his own empire appeared first on celebritynewsapp.com. 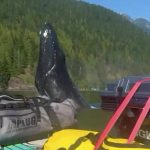