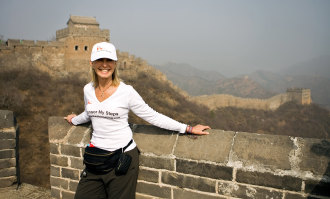 There are those who thought it a little odd that when Olivia Newton-John was inducted into the Australian Record Industry Association’s Hall of Fame in 2002, she had not actually recorded in Australia. This English-born girl, though popular on television here, had appeared as a beaming 17-year-old in the 1965 film Funny Things Happen Down Under but her debut single and releases with Pat Carroll did not materialise until she was firmly beyond our shores.

But there is no doubt that her formative years in Melbourne would have an immense impact on her; in ways interwoven with almost all aspects of her long career. At school, she encountered singer Daryl Braithwaite, who would front the group Sherbet and whose manager, Roger Davies, would later become her manager.

It was on The Go!! Show where she met soul mate Carroll, who would marry John Farrar the leader of the show’s resident band The Strangers. The newlywed pair would move to England and while Pat was recording and touring with Olivia, John was working closely with Cliff Richard’s band The Shadows and emerging as a fine songwriter and record producer. Soon he was closely identified, professionally, with Olivia Newton-John as her producer and had become integral to her international chart success, penning a regular string of hits for her, including Hopelessly Devoted To You, Have You Never Been Mellow?, Sam, Magic, Landslide, Suddenly, Little More Love, You’re The One That I Want, Don’t Stop Believing and Totally Hot.

Australian music makers were never that far from her. When Brisbane singer-songwriter Glenn Cardier was resident in Britain for a short time, Olivia recorded his New Born Babe. But she had greater success with a song from the Tenterfield Saddler’s grandson, Peter Allen, who Olivia crossed paths with when he was one half of The Allen Brothers on Australian television. He turned out what would become her signature song for a time, though he was initially apprehensive about her recording I Honestly Love You. “When Olivia told me she was going to put it out as a single I begged her not to” he told me in 1988. “I said don’t be crazy, it will be the end of your career. It doesn’t even have a drum on it!”

Now Steve Kipner was American but as the son of Bee Gees producer Nat Kipner, he had musically come of age in Australia, fronting the hit act Steve & the Board. Roger Davies was taking care of him in Los Angeles so was one of the first to hear his composition Physical, which he was determined to get to Rod Stewart. As the story goes, and there are several versions, Kipner was playing his demo to Davies, loudly, when Olivia put her head in the door and basically said ‘What is that? I want it.’ Though it required an abrupt change to her girl-next-door image and would cause some radio stations to ban it, she got Kipner’s song. The sexual content of it had to be masqueraded as exercise work-out encouragement through a crafty video clip, but it was another number one.

Australians abroad, particularly those from the ’60s boom, continued to have Olivia Newton-John’s career development on their horizons. Helen Reddy, who had landed stateside after winning a talent quest on Bandstand, encouraged Olivia to leave England and move to America. Then it was at a party in her home that she introduced her to film producer Allan Carr, who was about to make the 1978 screen version of Grease. Newton-John, a 28-year-old, was initially apprehensive about portraying a high school senior.

Andy Gibb, who had grown up and commenced his career in Sydney, enjoyed the patronage of Olivia Newton-John, appearing in one of her post-Grease television specials and recording the 1980 hit single I Can’t Help It with her as a duet.

Olivia did finally make music in Australia, with her fifteenth studio album, 1994’s Gaia: One Woman’s Journey, the first since she was diagnosed with breast cancer. She not only made it in the lower continent but wrote every song and co-produced it herself (with Murray Burns of Mi-Sex).

Courageous was a collaboration with multiple Golden Guitar winner Melinda Schneider, who joined Newton-John for part of her three week 228 km walk along the Great Wall of China; an exhausting undertaking which raised $2 million for cancer research.

Olivia Newton John takes a pause on the Great Wall of China during a cancer research fundraising walk in 2008.Credit: Bernardo De Niz

In 2002, at a songwriting retreat in a castle owned by Police manager Miles Copeland, Olivia was thrown into a collaboration with Keith Urban. When they both discovered they were reading the same book they turned out the song Sunburned Country, which proved to have enough legs for them to finish it off when a Newton-John tour took her to Nashville, Urban’s new home city with Nicole Kidman.

In every stage of her recording span, Olivia Newton-John drew upon Australians – as songwriters, producers, singers, musicians, mentors, partners and friends. They were, collectively, her secret ingredient in conquering the world.

A cultural guide to going out and loving your city. Sign up to our Culture Fix newsletter here.

The post ‘They were her secret ingredient’: The Australians who helped Olivia Newton-John conquer the world appeared first on Hot Celebrity reviews. 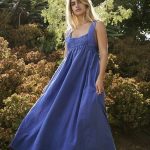 9 Comfortable Midi Dresses to Lounge in This Fall
Next Article 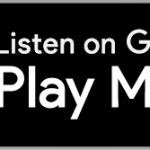